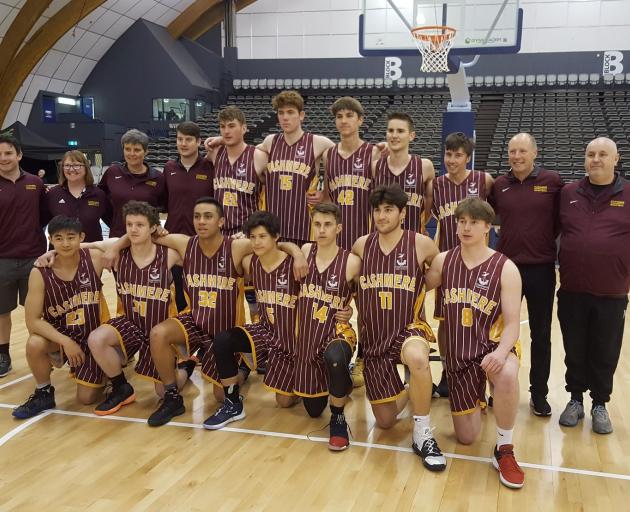 Their results were helped in a big way by centre Tom Webley, who averaged more than 30 points a game in eight appearances, including 50 against Tauranga Boys' College.

They lost 62-50 to Manukura after a strong campaign, which saw them reach the quarter-finals.

Hornby High School finished 12th at their first nationals after a 84-60 loss to Dunedin's Kavanagh College.