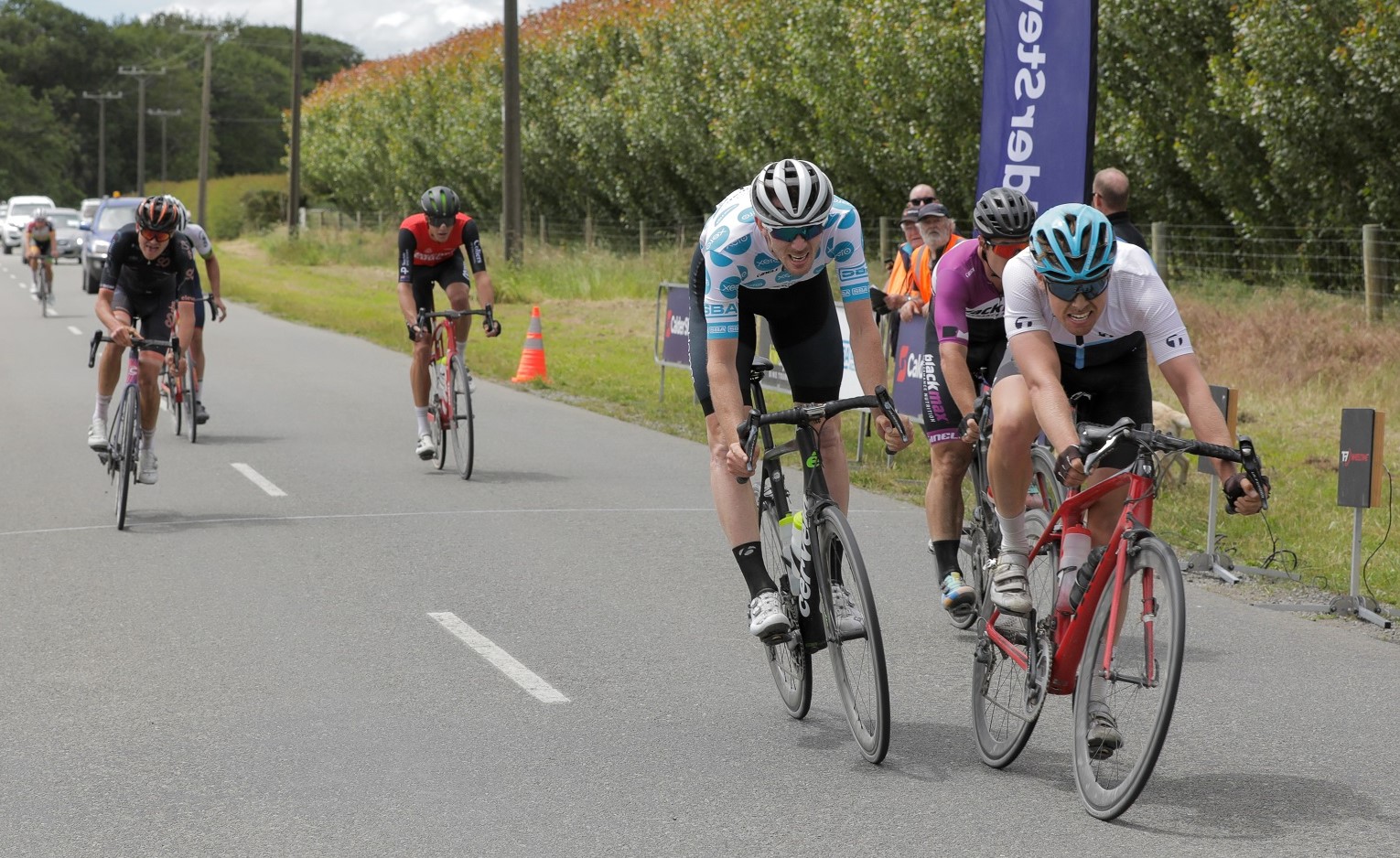 There was aggressive racing as riders took on the Kiwi Style Bike Tours Kermesse on a 5.66 kilometre circuit in Ladbrooks on the outskirts of Christchurch on Saturday followed by Sunday's iconic Kiwi Style Bikes Tours Hell of the South, which featured gravel in the Selwyn district near Leeston.

After Wright’s MitoQ-SBS NZ team mate Theo Gilbertson was caught by 11 riders on the final lap of the 20 kilometre circuit after going away solo through the middle stages of the race Wright took full advantage of some hesitation from the leaders in the closing stages to claim his first Calder Stewart Cycling series win.

“I am stoked to win,” Wright said. “It was a brutal race and was just so difficult. I’ve wanted to win this race ever since I rode it for the first time four years ago. I just love the gravel as it’s so different and more euro as its like the cobbles and pave overseas.” 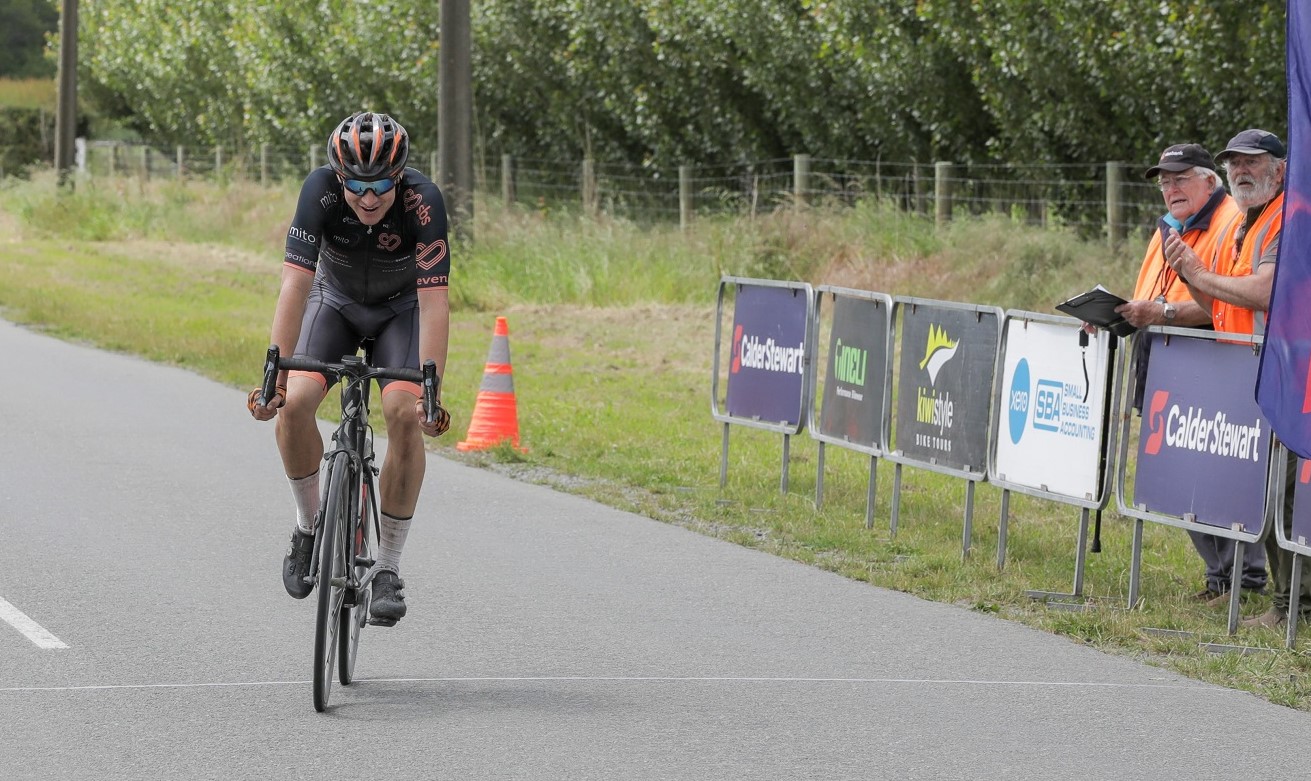 Wanaka cyclist Paul Wright (MitoQ-SBS NZ) won the Kiwi Style Bikes Tours Hell of the South elite men’s race in the Calder Stewart Cycling Series with a late solo attack close to the finish line. Photo: Aerial and sports photography
Jones said that after such a “strange year” it was pretty special to be able to cap of the series with a weekend of racing.

“I was happy to still hold some from after (the Tour of) Southland and after Saturday’s race didn’t go too well I was pretty motivated to put in a race I knew I was capable of (on Sunday).”

Campbell Pithie’s efforts saw him take the leaders and under 23 leader’s jersey into Sunday’s racing.

With a tough challenge ahead on Sunday to reclaim the leader’s jersey Jones paid tribute to his Ridge Homes team mates, in particular former series and Tour of Southland winner Michael Vink.

“As a team we were put under pressure early ... as a few of the boys punctured but Michael just stepped up and pulled his weight and more to put me in the best possible position to win the series.”

“There was a lot of work to establish a gap and then keep it. We all worked full gas and once I got in the break and knew my main rivals weren’t there I knew that so long as I finished I’d win the series and I’d got seven bonus points as well, so I just drilled it.”

Jones said the Calder Stewart Series had played a massive part in his development as a rider that has seen the former New Zealand representative in line skater ride at a professional level overseas.

“It’s such a good series, the best in New Zealand, and there’s no doubt it’s played a big part in many riders development over the years, including mine.”

Campbell Pithie won the series' under 23 classification while his brother Laurence took the under 19 leader’s jersey off Logan Currie (Transport Engineering Southland) over the weekend. 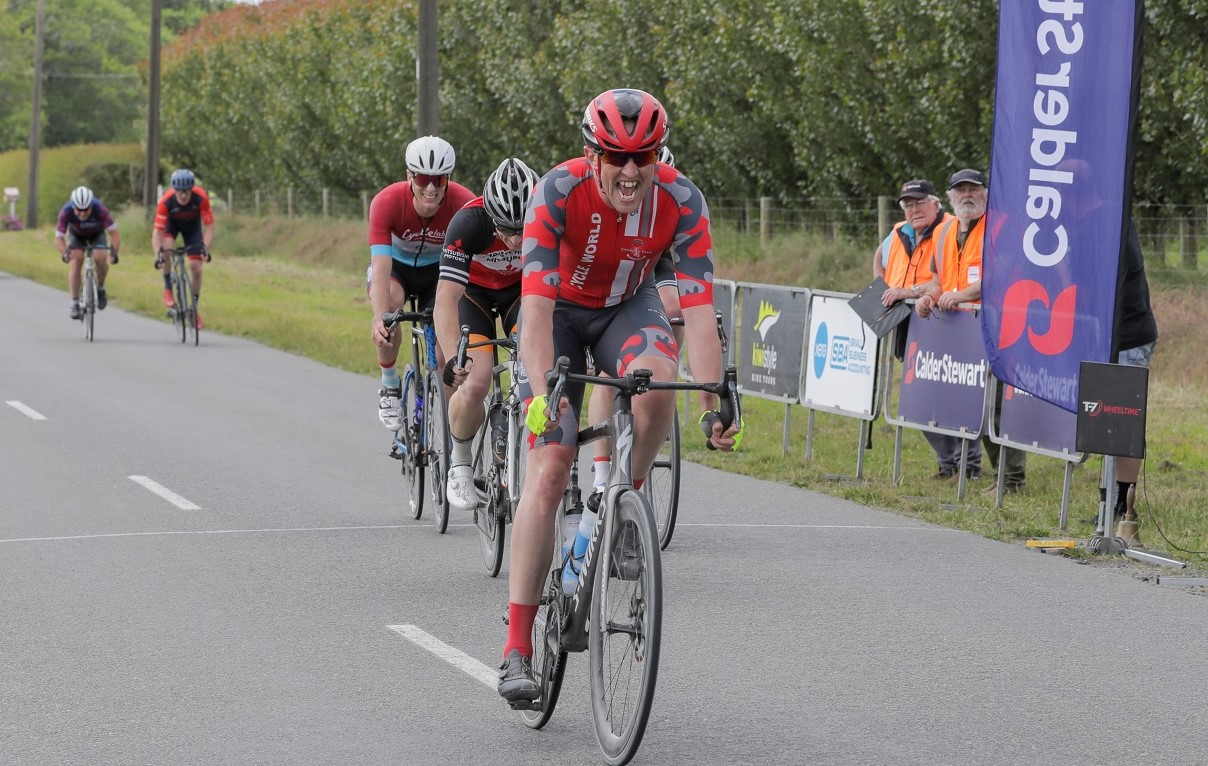 The six riders had got away from the main field as the masters race splintered on the gravel, and worked well to build and hold on to their lead.

“A strong break on the third lap saw the main selection made,” Hilton said. “We then worked really well. The gravel sorted the bunch out and I just put in a long sprint at the end as I felt strong.”

Hilton thanked his partner who is expecting the couple first child in April for “letting me come and race” before also thanking his team mates.

In a battle of the brothers Brett Grieve just edged ahead of his brother and Cycle Lab Joyride team mate Jacob over the weekend to take the masters 35 to 44 leader’s jersey off his shoulders.

Rowlands who won Saturday’s kermese, beating Rutlidge and Keogh, won the 45 to 49 series classification for another year and picked up the masters SBA most combative jersey while a solid weekend saw Keeogh secure the over 50s jersey for the season.

The master’s team classification for 2020 was won by Cycle Lab Joyride.

Richard Scott from Revolution Events said he was pleased to end the year with such a high calibre of racing after what has been a frustrating and challenging year due to Covid.

After six years of running the series Scott is stepping away from ownership, hopeful that a new operator may still come forward to pick up the reins for 2021.

“I really do hope someone will come forward keen to continue the vision Greg Hume started back in 2005,” Scott said.

“It’s always been about the development of young riders, and for me a real highlight has been seeing so many come through the series and experience teams racing for the first time and then go onto bigger things in cycling, which has included some getting pro contracts on World Tour teams.”