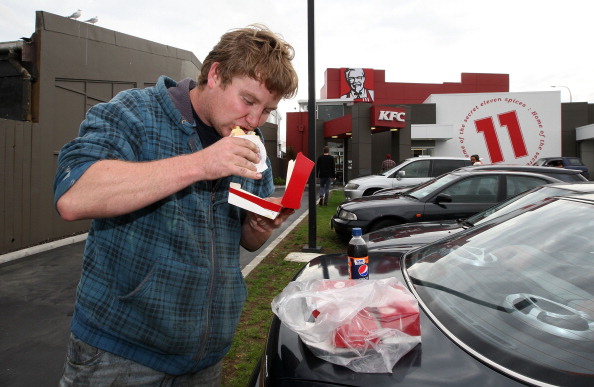 Photo: File / Getty Images
Food retail group Restaurant Brands lost about $10 million a week in revenue during the level 4 lockdown, contributing to a lower half year profit of $11.4 million.

That figure would have been harder hit if it was not for the $22.1m the company received from the government's wage subsidy scheme.

Despite the hit, chief executive Russel Creedy said New Zealand store sales had bounced back post lockdown, and trading was now on or above prior years.

"This has been led by another good performance by KFC combined with Carl's Jr. whose sales continue to grow through both delivery and store channels.

"Product offerings such as the Double Down promotion have also helped to drive this result, with a continued strong new product development pipeline expected to maintain positive same stores sales in [the second half].

"Taco Bell remains only a small portion of the New Zealand business sales with the two stores opened to date but both continue to track above expectations."

He said the wage subsidy offset a lot of the loss in earnings.

"Restaurant Brands is proud to have made the decision to retain all staff at 100 percent of their wages and salaries throughout the lockdown period.

"Although the wage subsidy help off-set the cost to the business of doing so, there was a shortfall of approximately $0.5 million per week."

During the period two new stores opened - a KFC in Christchurch and a Taco Bell in Auckland.

An additional two Taco Bell stores and two further KFC stores are expected to open before the end of the year.

Creedy said despite the pandemic disruption, it planned to charge ahead with expansion.

"The company is targeting more than 60 Taco Bell stores in New Zealand and Australia over the next five years, with the first four stores already open and successfully operating."

He said the board had resolved not to pay a full year dividend and guidance for the current financial year would not be given, due to market uncertainty.