IMAGE: MAT PATCHETT / ODT
Legal advice is being sought by Queenstown Lakes District Mayor Jim Boult over a letter he received from Lianne Dalziel about the plan to establish an airport in Central Otago.

Christchurch International Airport Ltd, of which the Christchurch City Council is a majority shareholder, is planning to construct an airport in the small farming settlement of Tarras.

Boult sent a letter to Dalziel which expressed his disappointment about the plan and asked Dalziel for her views on the matter. 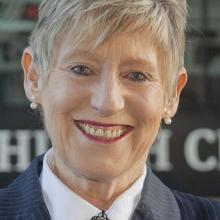 Lianne Dalziel.
Dalziel said it was not appropriate for her to comment on Boult seeking legal advice and would not discuss the contents of her reply to Boult’s letter.

In a letter to Queenstown Airport Board chairwoman, Adrienne Young-Cooper, Boult labelled the plan for Christchurch International Airport Ltd a “predatory activity” designed to attack the value of Queenstown Airport, which the district council is a majority shareholder of.

He also said the proposed new airport was an “unwelcome intrusion into our district.”

Boult, who was Christchurch International Airport Ltd’s chief executive from 2009 to 2013, said it was “quite surprising” to learn of Christchurch Airport’s plans, about an hour before they were publicly announced in July.

“I’m not sure that territorial authorities have that as one of their things to do; to compete with each other in a commercial sense. 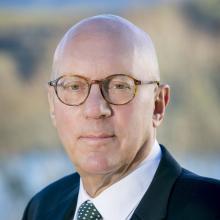 Christchurch International Airport Ltd has so far spent $45 million to buy 750ha of farmland which will be used to home the planned airport.

The plan has not be without opposition from the community.

Sustainable Tarras has argued the airport will bring air, noise and light pollution to the district. Representatives from the group voiced their opposition to the plan to city councillors during today’s finance and performance committee meeting.

Alongside them were representatives of Extinction Rebellion which also opposed it.