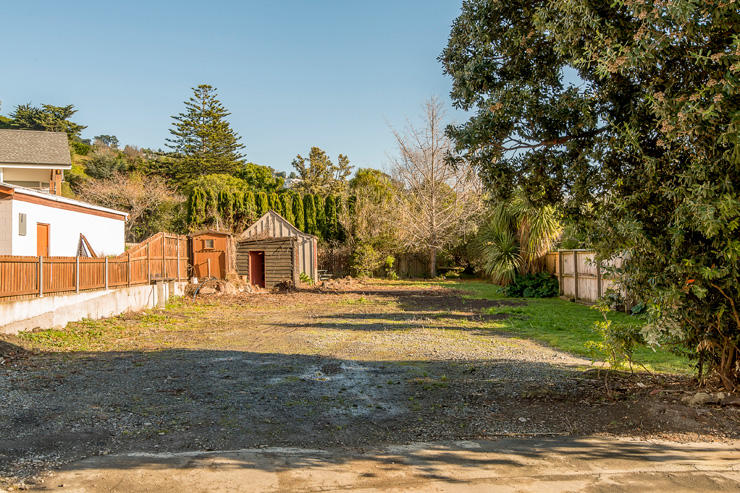 The Christchurch City Council-owned section was among several properties that lit up the auction rooms, with a luxury home in Kennedys Bush breaking the suburb sale price record after being picked up for $2.6 million.

Agents told OneRoof that there was still a lot of energy in the Christchurch housing market, with buyers “buzzing”.

At Bayleys’ Christchurch auctions last Thursday, the standout property was a 682sq m bare section on Cliff Street in Moncks Bay. It sold under the hammer for $860,000, making it the most expensive non-waterfront land to sell in the area in the last few years. It had a 2019 RV of $440,000.

She said the bids came “fast and furious” from seven active bidders at the five-minute-long auction, with buyer interest coming mainly from locals wanting to build a new home on the site.

Christchurch City Council had acquired the red-zoned land after the earthquake, but decided to sell it after remedial work carried out in the surrounding area made it safe again.

“Prime residential land is very sought after in this location and all of the registered bidders were locals from within the seaside area,” Still said.

“Local people know the value of living in this wonderful area and continually move within it. Moncks Bay is very popular. It has a yacht club at the end of the street and a very popular little beach.” 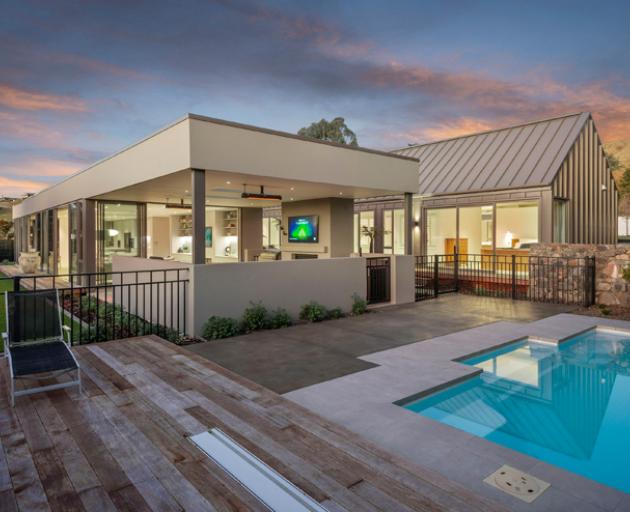 This luxury new-build on Saddle Vale Rise in Kennedys Bush broke price records. Photo: Supplied
The sale price is a suburb record, beating the $2.561m paid in June last year for a house on Kapuka Lane.

Bayleys Merivale agent Adam Heazlewood said the 330sqm architecturally-designed home had been extremely popular, with about 70 groups viewing the property over the three-and-a-half-week marketing campaign.

“There were two buyers in the end that were really keen on it and it was a great auction.”

Heazlewood said Kennedys Bush offered “beautiful views and a rural feel” while still being relatively central. “It’s just a really beautiful part of town and there are really nice recreational amenities nearby. It’s just a lovely setting on a good side of town.”

At Harcourts Grenadier’s auctions 12 of the 17 properties on the block sold under the hammer. Four bidders fought over an “as is where is” set of townhouses on Torvill and Dean Lane, in Cashmere, with the properties selling for $800,000. Three bidders also competed to own a four-bedroom, three-bathroom home on Wakatu Avenue, in Redcliffs, with the successful buyers laying down $1.5m in the end.

Harcourts Grenadier City sales manager Karen Phillips said there was a lift in the number of houses sold at auction last week. The agency’s clearance rate has been hovering around the 50%-60% mark but last week it hit 71%.

Three bidders competed to pick up two properties on Torvill and Dean Lane in Cashmere. Photo: Supplied
Phillips said there has been a noticeable increase in the number of buyers in the market, including more first-home buyers. “Anything from $600,000 to $1m goes really well.”

There is also a lot of interest in properties between $1m and $1.5m, but not a lot of stock in that price range at the moment, she said.

Just under half of the 14 properties that went up for auction at Harcourts Gold in Christchurch sold under the hammer, with six would-be buyers bidding on a one-bedroom house on Arnold Street, in Sumner, that eventually sold for $845,000.

Some five properties attracted three bidders each, including a property on Derby Street in St Albans that sold for $1.3m, a house on Jimmy Andrews Terrace, in Lincoln, that fetched $1.19m, and a house on Parklands Drive, in Huntsbury, that sold for $805,000.