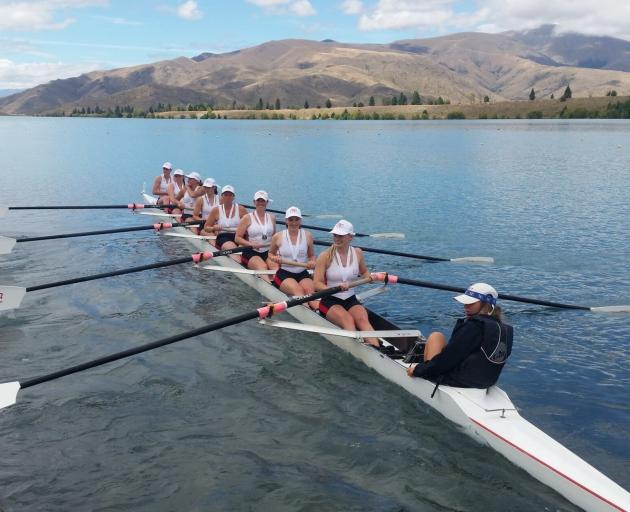 Photo: Canterburyrowingclub.org.nz
Canterbury Rowing Club will finally be able to mark its 160th anniversary this weekend, with many taking the opportunity to remember the tough times it's gone through to become one of NZ's oldest sporting clubs.

Like many clubs the CRC struggled during and after the two world wars and in recent years it was the Canterbury earthquakes that really tested its survival.

Their club rooms on the Avon River suffered major damage during the 2010 and 2011 earthquakes and was finished off not long afterwards by an arson attack that destroyed a lot of their memorabilia.

As club captain Becky Tuke put it "we've nearly been squashed a few times, but have managed to get through."

The actual 160th anniversary was August 2021 but was delayed twice because of Covid.

The Canterbury Rowing Club is the oldest rowing club in New Zealand and it is rumoured to be the oldest sporting club in Australasia.

Boating has been a big part of Christchurch for a long time, especially with the Avon River being so prominent and that is why clubs like CRC were a natural fit back in 1861. 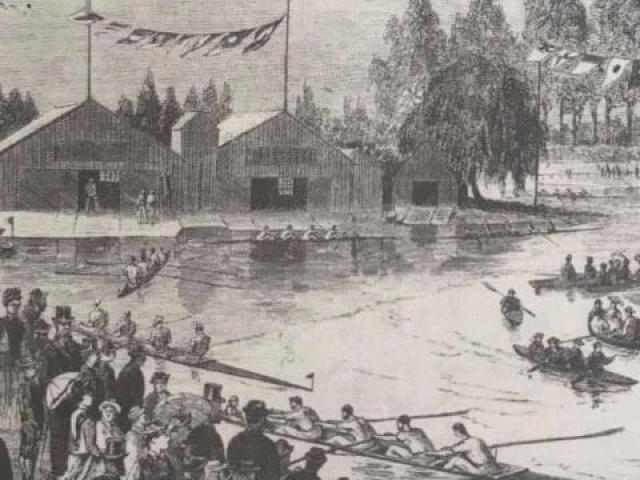 Photo: Courtesy Alexander Turnbull Library
According to the book History of the Canterbury Rowing Club it was founded by a number of men who were probably motivated by generous prize money being offered at a Lyttelton regatta and also to ensure that Christchurch was represented at Lyttelton, which was then a rival settlement.

The club actually started rowing on the nearby Heathcote river because the Avon was full of vegetation.

At the first national championships on the Wanganui River in 1888 the club won the champion four, while their first New Zealand representatives were also in 1888, racing in a four in Sydney.

In 1977 women were admitted as active members with the same privileges and obligations as men, up until then they had just been honorary members.

Former rower, club captain and coach Michael Petherick says his club has always been well placed to attract people to the sport.

"There has always been a good base of school rowing here and therefore has been a stronghold."

The CRC has never been the biggest club in Christchurch but Petherick says it's right up there now.

He also says the Avon is also something special to them.

"Having the Avon does mean we can row every day as it is sheltered compared to those clubs who row on a Lake which is often hit by wins.

Photo: Canterbury Rowing Club
It was those years after the earthquakes that tested the club says Petherick.

"Post earthquake the numbers really dropped off with just six members in 2011 and none the following year.

They went without proper facilities for a number of years including safe storage for their boats.

"All the boats were set up on racks at a nearby hockey field and they were just out in the open and we had an eight (boat) vandalised during that time while other boats were damaged by the weather," said Petherick.

Because of earthquake damage to some of the bridges over the Avon, the clubs training route was cut to just a 2km stretch which Petherick says left a lot of rowers quite bored.

Petherick admits even now the Avon River remains a small piece of water and can get congested especially when schools are heavily involved during summer.

However recovery is happening. The numbers are rising again with around 200 at the moment while there is a plan in place for new shared club rooms.

The Canterbury Rowing Club has won numerous titles over the years with the two-time Olympic champion scullers Caroline and Georgina Evers-Swindell claiming titles in their few years there in the late 90's.

Many rowers will be remembered this weekend as well as the good and tough times the club has been through over it's almost 161 year existence.

Celebrations will start with an informal regatta on Saturday morning with some light-hearted races followed by a formal function in the evening.