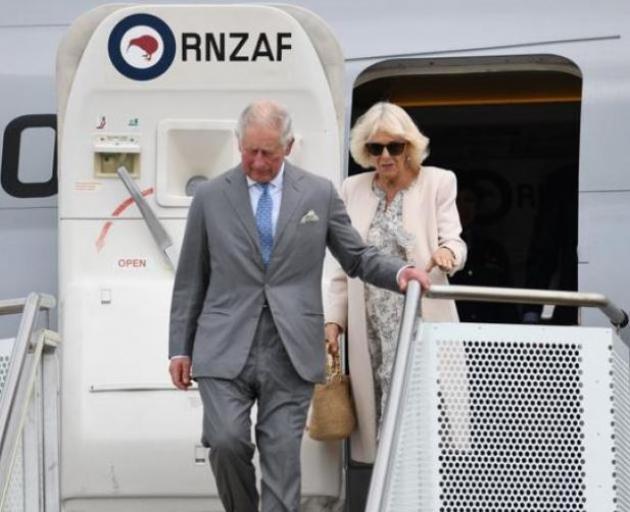 Prince Charles visited the high school as a 22-year-old and will return as a 71-year-old on Friday.

Prince Charles and Duchess Camilla began their visit on Monday with a wreath-laying ceremony at the Mt Roskill War Memorial in Auckland.

They will visit Tuahiwi Marae before heading to Cashmere High School where they will be welcomed by Prime Minister Jacinda Ardern. 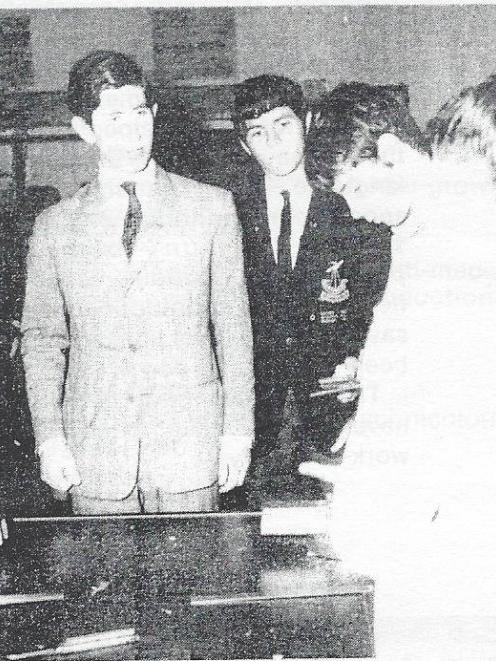 A special assembly will be held for the Royal’s where they will hear a speech from head boy Okirano Tilaia who led the Students Uniting in Love event after the March 15 terrorist attacks.

Said principal Joe Eccleton: “It will be special because Prince Charles is returning to a school he came to many years ago but I think a big focus will be acknowledging some of the families impacted buy the March 15 attacks, we were quite significantly affected by those attacks.”

The Prince of Wales will also inspect the site of the Christ Church Cathedral while Duchess Camilla visits the Battered Women’s Trust, which has been running since 1976 and offers long-term support for victims of domestic violence.

She will also visit the Botanic Gardens and meet employees there. Among staff will be city council Botanic Gardens director Wolfgang Bopp who took the Duchess of Cornwall on a tour of the Sir Harold Hiller Gardens in south-east England six years ago.

While this takes place, Prince Charles will travel to Kaikōura where he will visit Takahanga Marae and meet an endangered sea bird.

The bird, known as Hutton’s Shearwater, only breeds in Kaikoura and is the only known seabird in the world to breed in an alpine environment.

For the best chance of meeting the Prince of Wales and the Duchess of Cornwall on Friday, you will need to plan ahead, as most of the roads in the central city will be closed.

People wanting the opportunity to meet the Royals are encouraged to be in Cathedral Square from 1.30pm.

The roads into Cathedral Square will be closed to vehicles from 9.30am on Friday, so people will only be able to access the square on foot.

The roads around the square will remain closed until mid-afternoon. 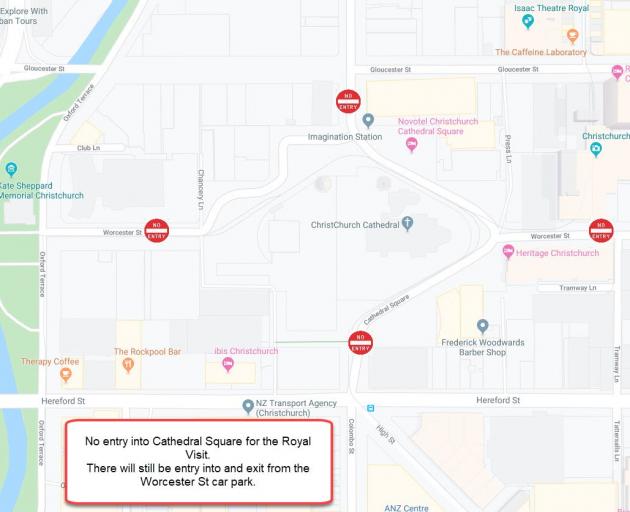 Road closures for the Royal visit.