The change is looked on with mixed feelings by businesses in the Kendal Ave shopping area in Burnside.

Feedback was sought by affected businesses prior to the decision, and the seven formal responses were summarised in a report in the meeting agenda.

Two supported the changes, while five did not.

Concrete Solutions objected to time-restricted parking because it would make parking difficult for their employees.

“As this is a busy office block, limiting the parking outside to 120 minutes is unreasonable and will just add to the stress and congestion.”

Parking restrictions will be introduced outside shops on Kendal Ave. Photo: Geoff Sloan ​
GoodThai was concerned customers could not finish eating in 60 minutes and wanted more of the parks to have a longer time restriction.

David Soh, who did not state which business he was affiliated with, did not want a mobility park installed.

He did not think there was a need for it and it would take up space that could be used by other customers.

A submission by Sam Doig, on behalf of Susan Doig, regarding Burnside Dairy also voiced concerns.

Slightly altering the plan would allow another car park to fit in the area while retaining the planned mobility park, the submission said.

The two submitters who favoured the changes were Cassandra English, of photography studio Hazel&Cass, and Paula Page, of Aroha Salon.

“[Parking] has been such a problem for so long ... I am so happy something is happening,” English said.

Page also suggested moving the mobility park to allow one more park to be created.

The board decided creating more parks would make the other parks too small. A raised kerb also prevented Page’s suggestion from being implemented.

The changes would come into effect when signage and road markings were in place.

The board also requested Christchurch City Council resurface the parking area at the same time as the changes are made. 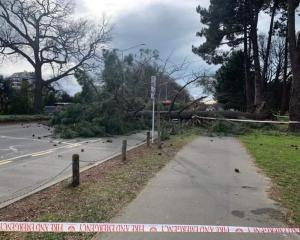