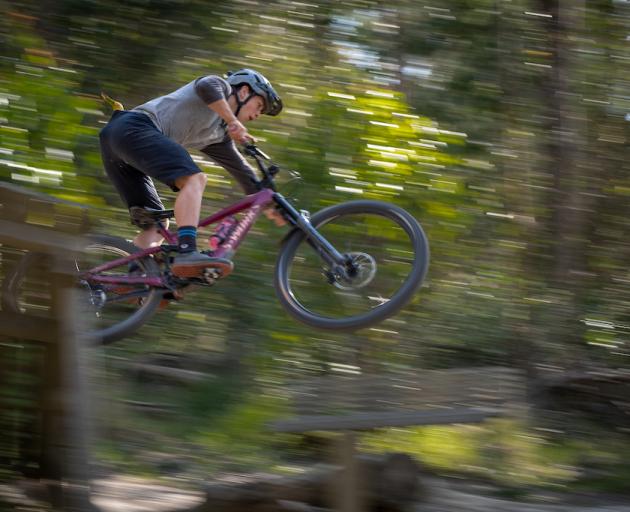 Matthew Fairbrother handles a downhill section of a mountain bike trip that saw him scale the height of Mt Everest. Photo: Dominic Brissett
Not content with completing a climb greater than Mt Everest during a 24-hour endurance test in Victoria Park, Matthew Fairbrother is targeting a marathon ride that is simply out of this world.

Fairbrother revealed his next goal after documenting the August 7-8 exercise, climbing 10,119 vertical metres during a 257.38km ride through the city’s premier mountain biking tracks.

He completed his first ‘Everest’ as a 15-year-old on a sealed road and decided to push himself even further on an S-Works Enduro 2021 as he eclipsed the height of the world’s tallest mountain (8849m).

Each lap spanned 9.9km and included a climb at 389 vertical metres; Fairbrother spent 20 hours and 25 minutes in the saddle, and shed 6.4kg. 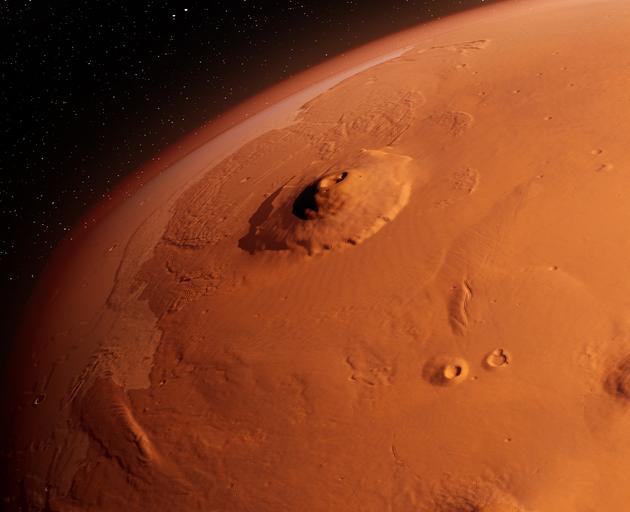 Olympus Mons is a 21,900m shield volcano on Mars. Photo: Getty Images
He set off at 7.30am after five hours sleep, motivated by striving for “that feeling of progression”.

“That’s what gets me going. That’s what fuels the fire within,” Fairbrother said, in a reader story for the Pinkbike website.

“My mind was tense, a challenge of this scale brings huge uncertainty . . . scenarios were flying through my head.

“I really lacked confidence during the first few hours, but about the fourth lap I actually started to have fun. The laps between 11am and 6pm just cruised by.” 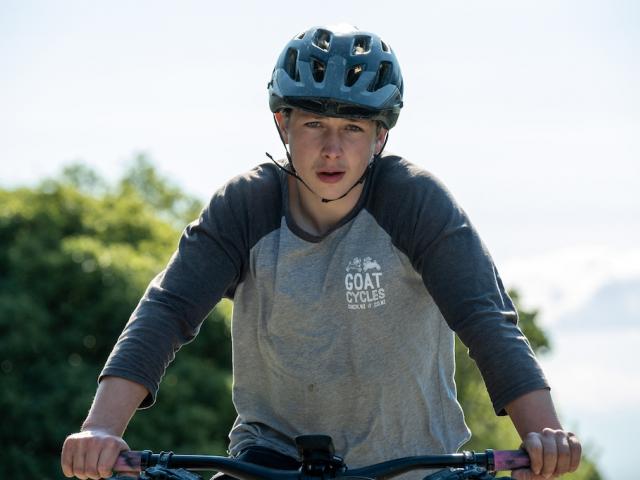 Matthew Fairbrother. Photo: Dominic Brissett
However, as daylight faded, so did Fairbrother.

“With so much time to think readily at my hands on every uphill, the beginning of these dark hours turned into a grind. At 7:30pm I hit halfway, feeling very second-hand.

“At this point I broke it down into sections; at first, it was two laps at a time and then I’d allow myself to have a sit-down and that quickly turned into three stops a lap. The pace slowed.

“Around 10pm, things were getting really grim. I was by myself; I was ready to call it a day. I got to the top of what I thought was the last lap, and I was willing to accept defeat, only 14-and-a -half hours in.”

Yet he rallied within the space of five minutes.

“I took some pressure out of my tyres and went for a party lap to round things out. I wasn’t done just yet. That descent was one of the fastest laps I’ve ever done, albeit in the pitch black, and at the moment it dawned on me that I wasn’t going to give up this easily.

“One of the most exhilarating parts of any physical endeavour is when you’re up against the wall, in so much pain, completely bonked and almost defeated, and then suddenly something clicks unexpectedly, and you smash through it with a grin on your face. The high is unparalleled.” 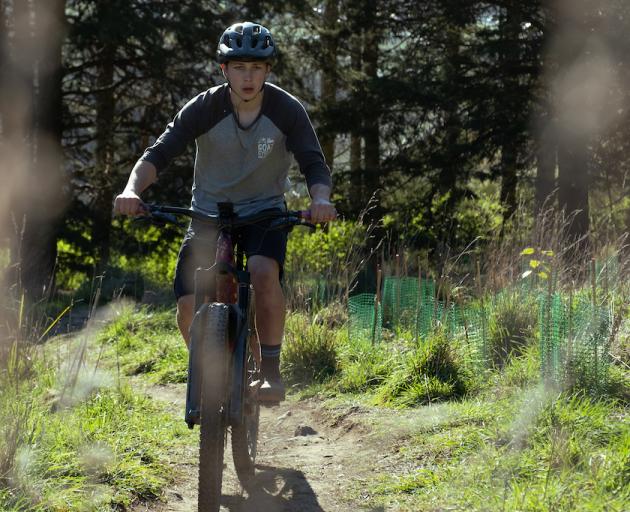 Photo: Dominic Brissett
There was another low point around 3am when he punctured but after a 45-minute rest and repair job he powered through rain and howling wind to the finish.

“At the end of the day, it was just a number (10,119m) on a screen but the journey that comes with it is something I won’t ever forget,” Fairbrother said.

“Despite inevitable lows, the highs easily outweighed them. My bike ran like a dream, my body exhausted but not quite wrecked. The hardest part was the mental fortitude required for such a task. The key is the power of acceptance. Accepting that it’s going to hurt, that it’s not all going to be an easy road.”

Soon it will be uphill again for Fairbrother as he ponders what’s next.