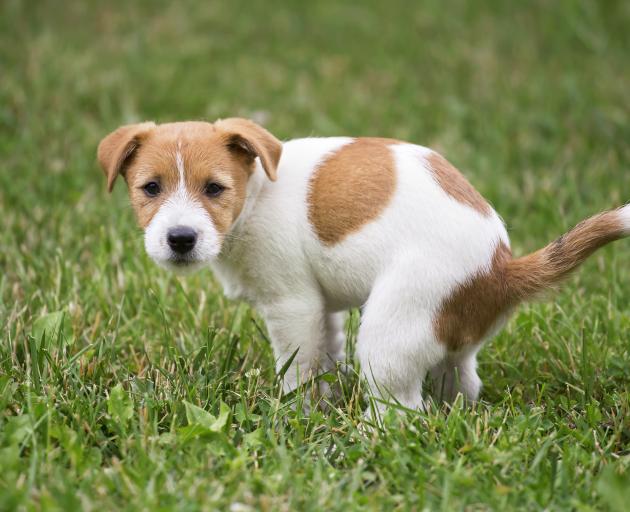 Photo: Getty Images
The large amount of dog poo being left in public areas across Christchurch has caused residents to kick up a stink.

Christchurch City Council only has a "skeleton crew" checking the city and regional parks daily during the Covid-19 lockdown period.

As a result, some bins have been overflowing, causing a number of dog owners to leave their pooches' faeces on the ground while walking them.

Heathcote resident Boyd Daisley uses a wheelchair, and so does his six-year-old son at the moment after he had hip surgery. Daisley says it is getting difficult for them to avoid the mounds of dog poo all over Port Hills Rd.

He said it is great people are walking their dogs, but he wants them to use their initiative to dispose of dog droppings so that people like him who us the footpath don't get dog poo on their wheels.

"I'm sure you understand it isn't the nicest experience," he said.

"Us wheelchair users also like to get out to clear our anxiety.

"Please just bring a bag or whatever you need to do so other people have as much of a nice experience as you are."

Residents in other suburbs have also expressed their frustration over problems with dog poo in posts to Facebook.

In St Albans, one resident posted a photo of a bin overflowing with dog poo bags in Rutland Reserve Park, with the caption "take your s**t home".

Another resident commented that dog poo is also being left along Rutland St.

"We want people to take responsibility for this individually," he said.

"We are following Ministry of Health guidelines and the government’s initiative to minimise activity out in the public.

"Part of our parks staff's activities during the lockdown is emptying any overflowing bins as well as identifying any critical health and safety issues to our parks."

The city council has put together a video with park ranger Robbie Hewson showing what residents should and should not do when using a council park or reserve during the lockdown.