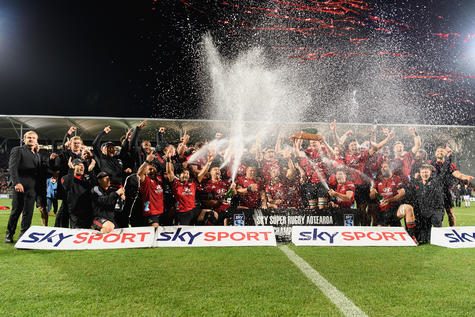 Photo: Getty Images
Ratepayer-funded ChristchurchNZ is still refusing to state the full cost of its partnership with the Crusaders rugby franchise. 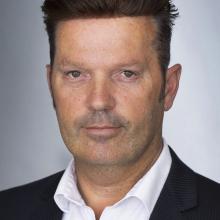 Aaron Keown.
The Taxpayers’ Union and Christchurch city councillor Aaron Keown say there should be more transparency about the cost.

A three-year partnership will see ChristchurchNZ, the city council’s economic development arm, use the Crusaders to market Christchurch and other nearby tourist destinations to fans who travel here to watch games.

In March, ChristchurchNZ revealed to The Star it was investing $70,000 towards media content and its promotion as part of the project.

This was the only cost it provided because others were said to be commercially sensitive for the Crusaders.

In response to an Official Information Act request released to The Star on Tuesday in relation to the partnership, ChristchurchNZ has redacted all details on the remaining cost.

A ChristchurchNZ spokesperson said: “We have chosen to withhold the dollar value of our sponsorship agreement with the Crusaders, as it is commercially sensitive to the Crusaders as a private company. These agreements are heavily negotiated by all parties, and the benefits received vary between sponsors and partners.

“We are unable to share this information, as it will negatively impact the Crusaders and their ability to negotiate similar agreements with third parties in the future.”

The secrecy comes as ChristchurchNZ also has not said how much the global sailing event SailGP in Lyttelton Harbour next year, which it is providing funding for, will cost because of commercial sensitivity.

The city council’s 10-year budget has the annual ratepayer contribution to ChristchurchNZ for the next three years at $15.9 million.

ChristchurchNZ gets about 75 per cent of its funding from the city council, and the remainder from Government and other third parties. 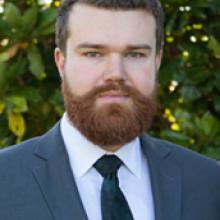 Louis Houlbrooke.
Said Taxpayers’ Union spokesman Louis Houlbrooke: “Ratepayers will and should expect a greater level of transparency with regard to the agency’s sponsorship arrangements.

“Commercial sensitivity considerations should only apply to low-level spending.

“This [the partnership] will not be cheap.”

Cr Keown has no problem with ChristchurchNZ working with the Crusaders because the team attracts people to Christchurch, but said ratepayers have a right to know the cost of this.

“All of council and, by extension, council agencies and Government agencies, should be transparent with ratepayer or taxpayer money.

“I do understand there’s some commercial sensitivity, but at the end of the day, you are spending ratepayer money in this case, and the ratepayer has a right to know.”

ChristchurchNZ told The Star in March the commercially sensitive cost will go towards a research campaign, led by the Crusaders, to understand who fans at games are, what they do in the lead up to and on game days, and how to get them to stay longer in Christchurch and spend money.

As well as this, ChristchurchNZ would be able to advertise its brand at Crusaders home games on the field, on big screens, on LED signage and during promotional activities before games and at halftime.

The cost would also go towards ChristchurchNZ getting access to Crusaders players and staff to feature in its content, and the use of the team’s social media channels to promote this.

Of the $70,000 ChristchurchNZ revealed it would invest in the partnership, $15,000 was for creating four videos featuring the Crusaders, encouraging fans from other parts of New Zealand to visit destinations in Christchurch or other nearby tourist hot-spots.

The remaining $55,000 was for promoting the videos to reach audiences in cities like Auckland and Dunedin.