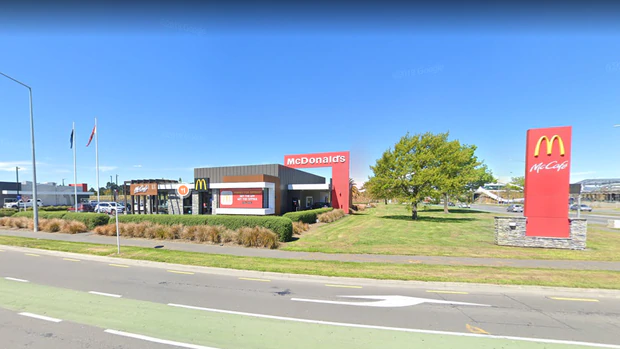 The Canterbury District Health Board has confirmed the man visited the McDonald's on Memorial Ave, near the Christchurch International Airport, last week, on Monday, July 20.

Health authorities released details of the positive case this week after the South Korean national tested positive for Covid-19 in South Korea.

It is still not yet known whether he contracted the deadly disease in New Zealand or when he was in transit in Singapore.

Medical officer of health Dr Cheryl Brunton says the DHB's community & public health staff contacted the store to ask it to review its CCTV footage and provided information to the public health team.

She says there were very few other customers in the store at the time the man visited and no staff or customers are considered close contacts.

It is understood staff at the affected branch were only told about the positive case via an email last night - just over a week after the man ate there.

Staff 'furious' after being told a week after man visited
A worker who contacted the Herald said she felt unsafe at work and was "furious" that they had only just been told.

She said she did not want to return to work until everyone had been tested and said "hundreds of people" went through the restaurant every day - including kids that touched everything.

Staff have, however, been told it was not necessary for them to get a Covid-19 test.

Brunton says McDonald's has a regular programme of cleaning and disinfection for kiosks and other high touch points in their stores, and no additional measures are necessary.

The man had also visited a nearby Countdown supermarket, that underwent a deep clean on Tuesday.