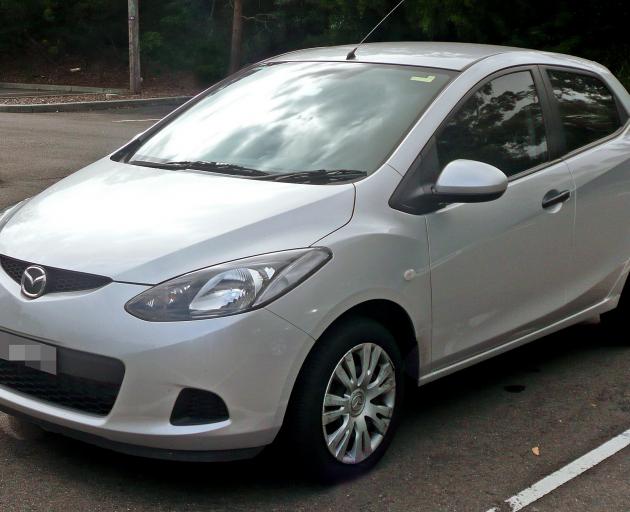 A Mazda Demio. Photo: supplied
Police are searching for a young person responsible for a string of car thefts overnight.

Eight cars have been stolen in the spree since Monday afternoon, seven of which were Mazda Demios.

The other car stolen was a Honda Civic. Earlier this month, it was revealed thieves as young as 10 are targeting Mazda Demios in Christchurch and going on nightly joyrides.

The lack of options open to police and welfare workers dealing with repeat underage offenders has also caused frustration.

Over one weekend this year, 19 Demios were pinched in the Garden City alone - with one of the offenders behind multiple suspected thefts understood to be a 10-year-old boy.

Figures released by insurance company AMI in March showed the Mazda Demio was the most commonly stolen car in the country.

The cars were stolen from addresses in Dunedin, including Fairfield, Port Chalmers, South Dunedin and the CBD.

It appeared the person responsible had stolen a car and driven it around searching for another Mazda Demio to steal.

"[They] probably pull up behind the other car, steals the one in front. So we've discovered cars that haven't been reported stolen yet because we found them when we've made inquiries at the people who have reported them stolen."

Police recommended people who own Mazda Demios to secure their vehicles with a steering wheel lock.