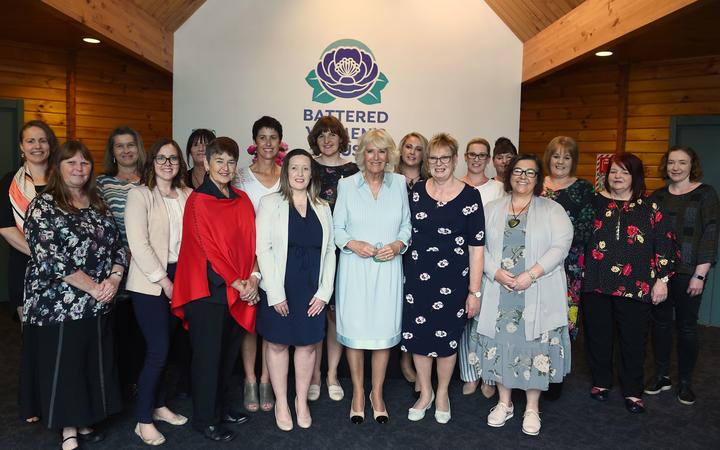 The pin recognises services to families who have experienced violence. It is usually presented from the refuge movement to women in New Zealand who have worked in the movement for a long time, so not many people have one.

The Battered Women's Trust is a not-for-profit organisation dedicated to supporting families to live violence free. The charity set up the second refuge in New Zealand and was one of the founding members of the Women's Refuge partnership in New Zealand.

Its staff work closely with local services to provide a quick response for victims of domestic violence in the Canterbury area.

Since the original group formed in 1976, the Battered Women's Trust has evolved to offer a range of advocacy and education services as well as rural safe housing, transitional housing and a 24-hour crisis line.

It has also adapted its services to support specific issues arising in Canterbury following the earthquakes, such as a spike in teen violence within the family, and increased violence arising from dysfunctional families reuniting because of housing shortages and earthquake-related stress.

The Duchess of Cornwall met with the trust's chief executive, Lois Herbert, staff and survivors.

Her last event in Christchurch is a visit to the Botanic Gardens, while Prince Charles attends several events in Kaikōura, which was rocked by a massive earthquake just over three years ago.

The prince will meet first responders to the emergency.

The couple's first engagement of the day was an informal visit to the Lincoln Farmers' Market near Christchurch. They mingled with stallholders and market customers.