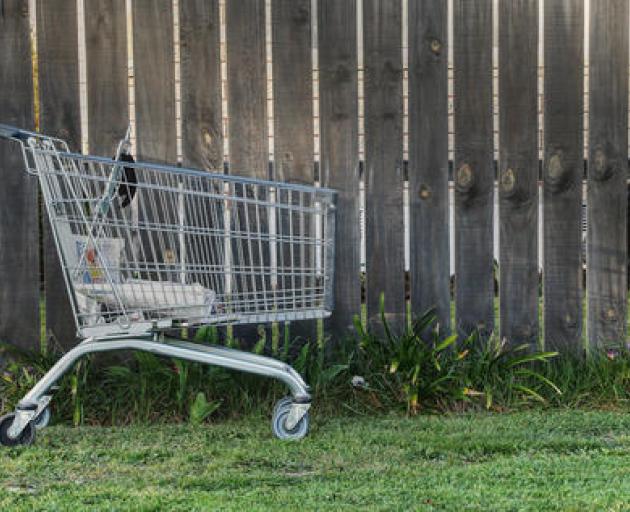 Reporting abandoned shopping trolleys was just one of four litter themes targeted in a ‘Snaptember’ promotion via the Snap Send Solve app. Photo: John Cosgrove
People across Christchurch were busy on their phones over September reporting litter to the city council.

The ‘Snaptember’ promotion by the Snap Send Solve anti-littering app encouraged residents to help clean-up their community by reporting any issues they saw with dumped rubbish, graffiti, overgrown vegetation and abandoned shopping trolleys.

It proved popular as the 3237 notifications received via the app by Christchurch City Council were up by 20 per cent from the same month last year (2668).

However, reports of litter from other sources including phone and email did not see any increase.

Starting in the first week of September, a 76 per cent increase in litter reports was recorded by council staff.

However, as only one overgrown vegetation incident was reported in 2020, the 17 cases reported that week resulted in the 1600 per cent increase.

The fourth and final week of the ‘Snaptember’ promotion asked people to report abandoned shopping trolleys dumped in their communities.

“They are signed up to Snap Send Solve so they get notified directly if the app receives a report that one of their shopping trolleys has been dumped so they can then take steps to retrieve it,’’ she said.

Numan said as a result of the promotion staff and contractors were now working to address the many issues reported.