It comes as Christchurch City Council looks to readjust its priorities in the face of the Covid-19 crisis which left it with a $99 million revenue shortfall.

It has proposed as part of its draft Annual Plan to defer a total of $5,791,627 in funds to water-related projects across the peninsula for the current financial year.

This includes a deferral of  almost $1.3 million on work towards the new Okains Bay water supply, which would leave the project with no money for the next 12 months.

Residents and the council-owned Okains Bay campground source water from a private scheme administered by a committee in the community.

The supply does not meet the Drinking Water Standards for New Zealand. 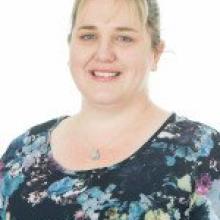 Tori Peden.
Banks Peninsula Community Board chairwoman Tori Peden thought this posed a health and safety risk for the Okains Bay community and the campground in particular.

“Making sure every camper is boling their water is difficult and it is a health and safety risk when the campground can have up to 500 people in it,” she said.

The city council is also proposing deferrals to two other water supply projects on the peninsula, with $499,340 to the Lyttelton Rail tunnel pipeline and $390,000 Libeau Lane and Chemin Du Nache mains renewal in Akaroa, which would leave both projects with nothing for the financial year.

A further $2,526,139 could also be taken away from the Lyttelton Brick Barrels renewals stormwater package, leaving the project with $750,000.

The city council will consider reallocating funding towards any deferred projects when it addresses its Long Term Plan next year.

The city council was forced to reassess its finances following the effects of the Covid-19 crisis. Leaving the lost income and additional costs arising from the pandemic unaddressed would have driven a rates increase of more than 21 per cent for the current financial year.

The city council is now proposing an average rates rise of 3.5 per cent after making cuts to certain areas of its budget. It is currently processing submissions made to its draft Annual Plan before councillors sign off on a final one by the end of this month.