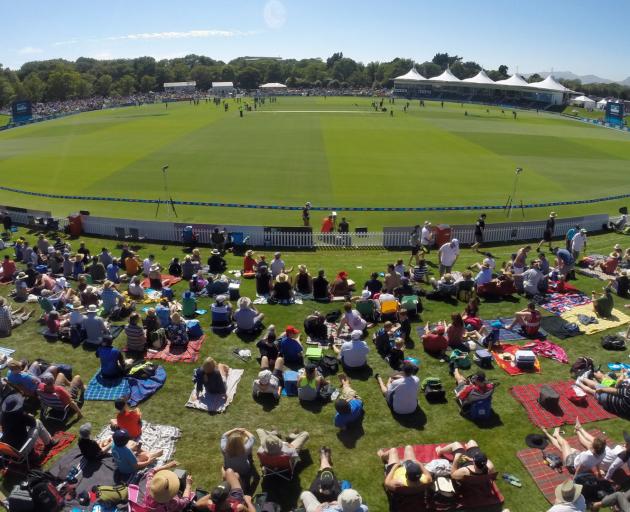 New Zealand Cricket appears to be lobbying to get the controversial 48.9m permanent lights installed at Hagley Oval.

NZC sent out an e-newsletter outlining its support of the Canterbury Cricket Trust’s bid to get the six permanent lights installed to cricketers as far away as Auckland.

“Given there are currently no South Island international cricket venues with lights, New Zealand Cricket strongly supports the CCT’s proposal and invites readers to make submissions to the two authorities involved,” the e-newsletter read.

A record number of submissions have been made to associate Greater Christchurch Regeneration Minister Poto Williams over the plan, the city council has also received more submissions on the plan than it did on the proposed $10 million grant towards the Christ Church Cathedral.

NZC public affairs manager Richard Boock said he was unable to respond to questions yesterday by The Star.

Hands Off Hagley spokesman Martin Meehan was not surprised by the number of submissions made considering “New Zealand Cricket had emailed every cricketer in the country.”

He said his son who plays cricket in Auckland received the e-newsletter.

“Everyone is entitled to their own opinion but this is not a popularity contest,” he said.

Mr Meehan thought the lights would “visually dominate Hagley Park” and did not see earthquake recovery laws as the appropriate process to install them.

“Basically the process that is being used, section 71, it is emergency legislation and this is not an emergency, it is a manufactured emergency.”

Mr Meehan said the group had not made their submission but planned to do it soon.

The trust wants to use earthquake recovery laws to fast-track the installation of the lights in a bid to secure high profile games for the 2021 Women’s Cricket World Cup matches. It has also applied to the city council for a new lease to accommodate the lights.

More than 860 written submissions have been made on the proposal so far.

A spokesman from Ms Williams’ office said this was already the highest number of submissions to have been made on a section 71 proposal with public consultation not closing until November 20. Ms Williams will then have up to 30 working days after submissions close to come to a final decision.

CCT chairman Lee Robinson was also not surprised by the record number of submissions.

“I think it is important that people have their say because there is a passion and resolve in cricket to get this over the line,” he said.

Mr Robinson thought the earthquake recovery laws were an appropriate avenue to secure the lights.

The CCT has also applied for a new lease to the city council to accommodate the six lights. The city council is also receiving feedback on this and has collected more than 1850 submissions so far.