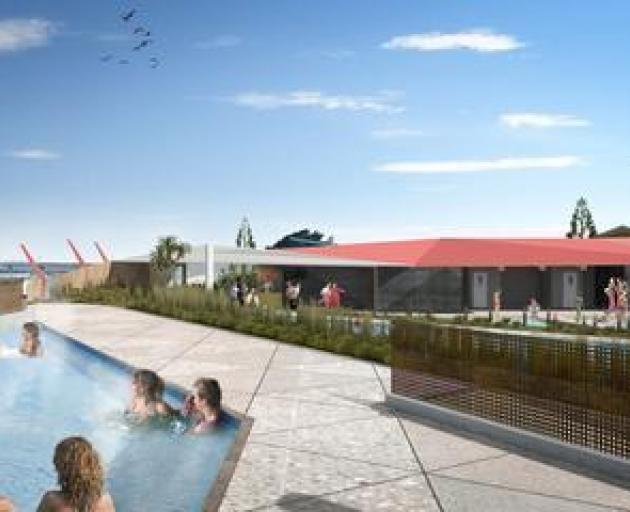 In spite of the name receiving mostly positive feedback, some are disappointed about the public not having input into it and that neither New Brighton or Christchurch are included in it.

Bin Inn New Brighton owner Nikki Griffin would have liked either New Brighton or Christchurch to be put at the end of He Puna Taimoana to avoid visitors getting confused about its location.

“Generally, in most cases, there seems to be kind of the two name reflection . . . you look at [Taiora] QE II, they’ve used the Maori name and they respected the QE II name, so it would have been probably nice to have a name that could encompass both.”

In spite of not being included in the name DCL chief executive Rob Hall said: "the fact they are located in New Brighton, Christchurch will be clear in promotions, marketing and signage for the facility."

There was no public consultation for the name. Instead, Mr Hall said He Puna Taimoana and its meaning was shared with Coastal Burwood Community Board before it was announced.

Ms Griffin said it would have been better if the community was consulted on the name but, in spite of this not happening, she likes He Puna Taimoana.

Said Ms Griffin: “As for the name, I actually think it’s quite nice. It does encompass the coastal area, so I think it’s a really good reflection on what the area is.”

delivered something that we should really embrace and honour."

New Brighton project co-ordinator Martha Baxendell said public consultation should have happened if the name was an English one, but given it was gifted by Maori she felt there was no need.

“As New Brighton Project, the whole team . . . we’re all really delighted to see that we’ve been gifted a name by a local iwi that speaks about our community.

“We just wanted a name that really reflected who we are as a community and as a seaside village and I think that the name absolutely does that.”

New Brighton resident Brian Donovan said he liked the name for the hot pools, but is concerned some people may not attempt the Maori pronunciation.

“The biggest issue with it I guess is it’s not going to be easy for people to say if they’re recommending it to someone else, so they’re just going to default to the New Brighton pools anyway.

“I quite like the name, I think it’s appropriate.”

But Ms Baxendell said leaving English out of the name would encourage people to give its pronunciation a try.

He Puna Taimoana is due to open early next year.