Police crack down on student drivers 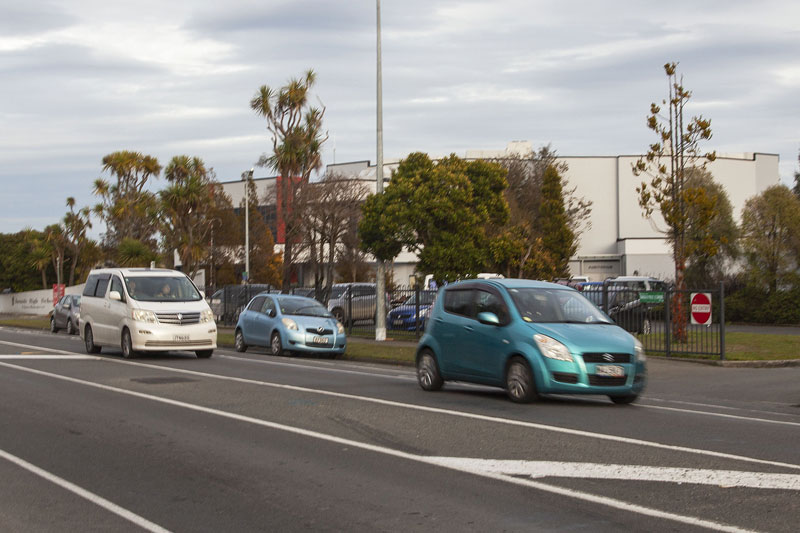 SAFETY: Police are patrolling around Christchurch high schools to make sure students are abiding by the conditions of their driver licences.

Policing around Christchurch high schools has increased in an effort to make sure students are obeying the conditions of their driver licences.

He said, for about the next month, police will be checking students are not breaking rules including carrying passengers if they're on their restricted licences or travelling without a fully licensed driver of two or more years in the front seat if on their learners.

Principals across the city support the initiative given traffic around schools is often busy.

Said Shirley Boys' High School principal Tim Grocott: "We were very conscious when we moved here [its new Travis Rd site] that we're moving to an area that's got a busy road on it and all those sorts of things, and for us, we don't want our students who are in vehicles adding to that level of danger."

Hillmorton High School principal Ann Brokenshire said its year 11s and 12s have been told about this initiative and it will serve as a valuable reminder for students to follow their driver licence rules.

"If you've got young people, you know, they've learnt to drive, they're driving, there are conditions on that. It's just about reminding them because they make those really quick decisions that can have life-changing consequences," she said.

If students are found to be breaching their driver licence conditions for the first time, police will give them the option of attending a seminar encouraging them to complete the next stage of driver license training.

Said Inspector Cottam: "We're working with those kids and giving out some education, running some seminars with partners such as ACC and fire and encouraging them [students] to go forward and get the next stage of their licences.

"We believe education and changing behaviours is far better than straight out enforcement," he said.

Said Holstein: "I love the approach of, sort of, approaching people, reminding [them]. It wasn't about just imposing penalties all the time, it was about educating and reminding and I think that was a really good thing to do."

If students have breached the rules more than once or choose not to attend the seminar police will issue the appropriate punishment on a "case by case basis," Cottam said.

If any other conditions of driver licences are breached the punishment can be 25 demerit points and a fine of $400.