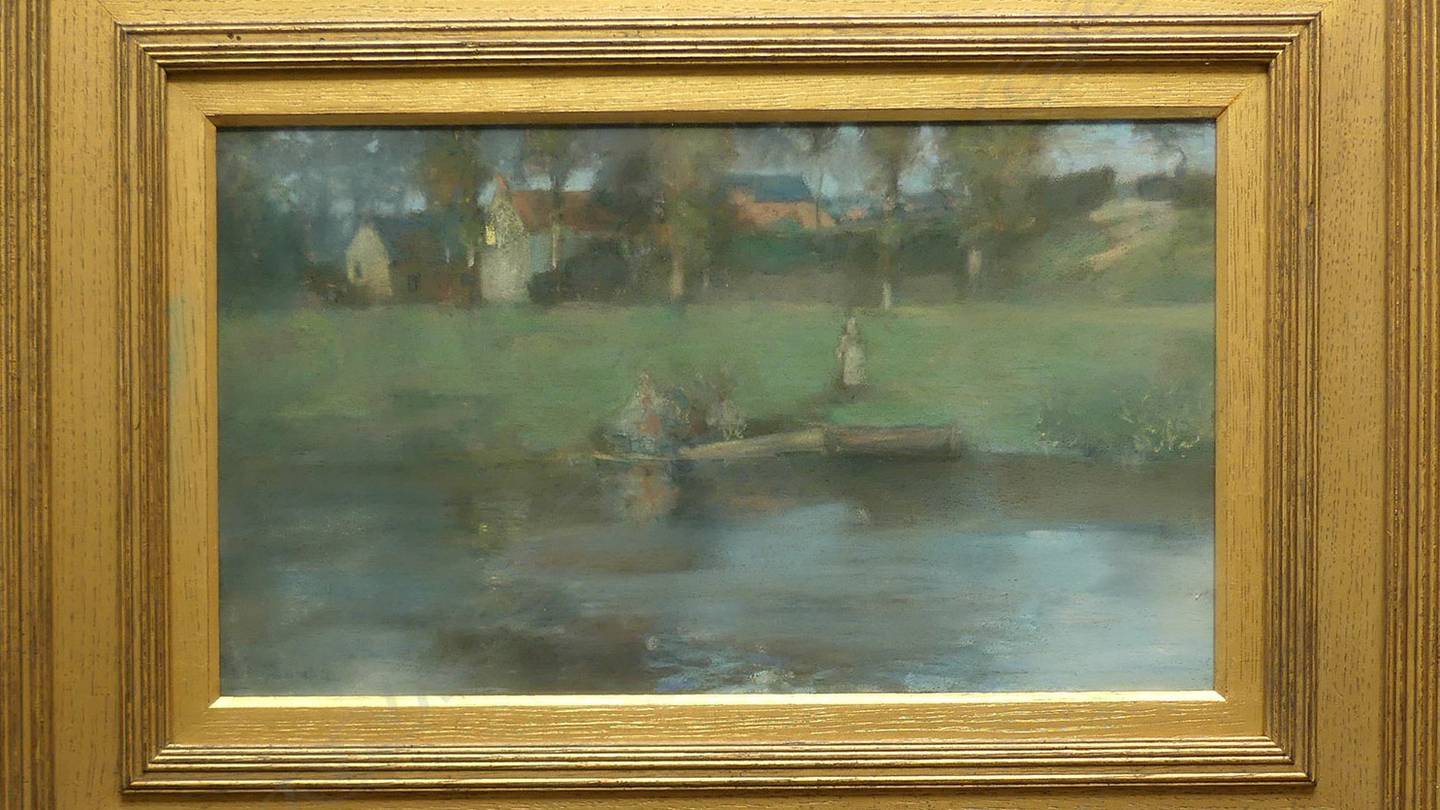 Two valuable Scottish paintings by Sir James Guthrie are up for auction in Auckland, including a pastel of Cumbuskenneth Ferry. Photo: Supplied
Two rare paintings by a leading 19th century Scottish artist have surfaced for auction in New Zealand more than 90 years after his death.

Painted 19,000km away, the stunning Sir James Guthrie artworks ended up in Christchurch after passing through various wills after the deaths of descendants.

Guthrie was a leading light of the "Glasgow Boys" movement – a loose group of radical young painters who revolutionised painting in the 1880s and broke away from conventional Victoria style.

They were influenced by European painters who were exploring a more matter-of-fact realism and free expression. 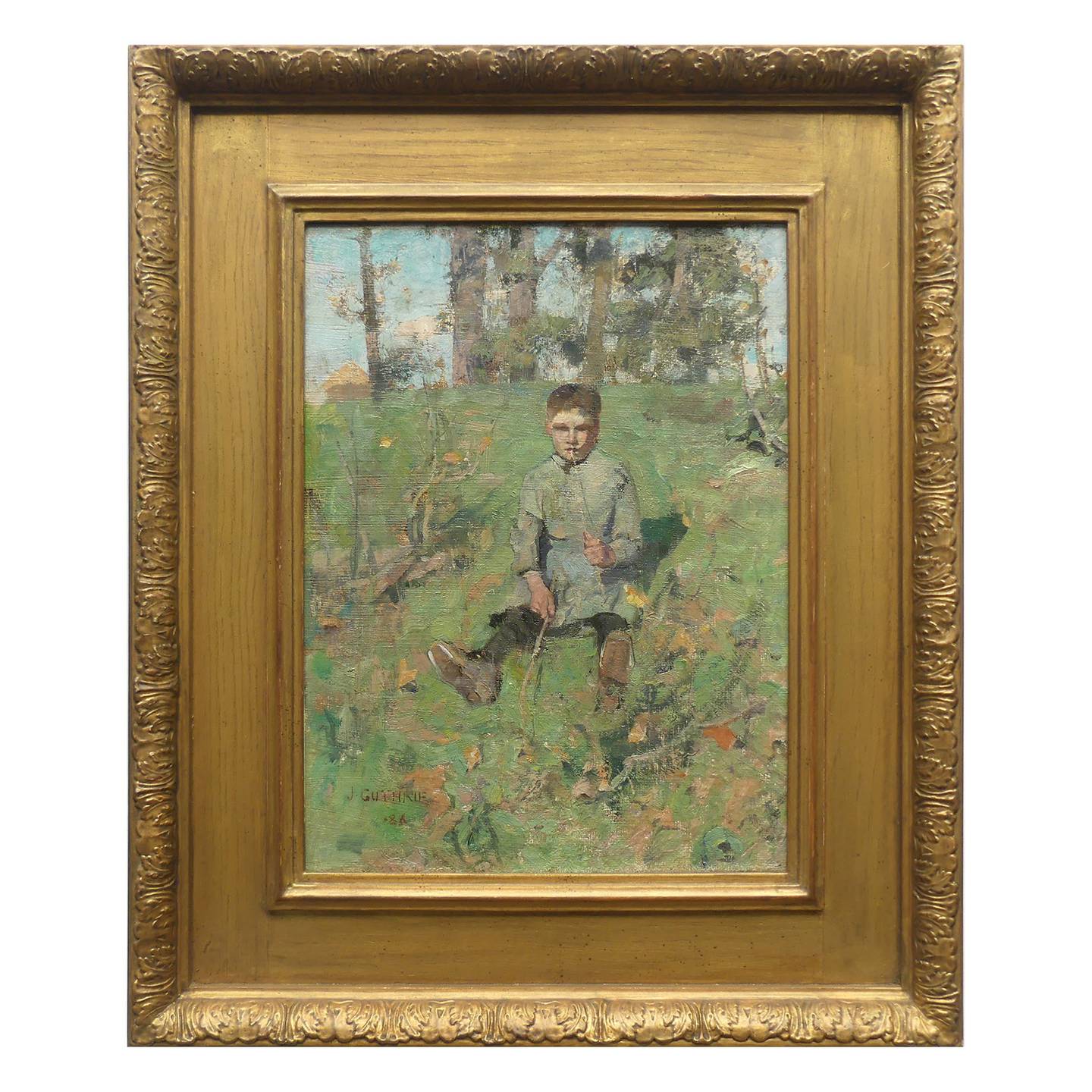 Boy with a Straw, 1886. Sir James Guthrie. Photo: Supplied
Greenock-born Guthrie, who along with other Glasgow Boys had been rejected by the establishment early in his career, would go on to become president of the Royal Scottish Academy and have his works hang in the Academy, Scottish National Gallery, Glasgow Art Gallery, Tate London, and many other major institutions.

Now, two of the famous artist's paintings have come up for auction in Auckland.

The two pieces – an 1886 oil painting entitled Boy with Straw Hat and a pastel of Cambuskenneth Ferry in Stirling from 1888 – will go under the hammer at Cordy's Auctions in Mt Eden on Tuesday.

Auctioneer Andrew Grigg says two of Guthrie's brothers and a sister had emigrated to New Zealand.

And Guthrie may have joined them in 1878 if it wasn't for the sudden death of his father.

"He would have been a great influence on the New Zealand art scene if he had come. Instead, he went on to become one of the more famous of the Scottish artists of the late 19th and early 20th centuries," Grigg says.

Guthrie still had a strong connection with New Zealand. He gifted the first x-ray machine to Christchurch Hospital where his nephew was the radiologist and family were also involved in the establishment of Aigantighe Art Gallery in Timaru.

"To have such a major international artist work turn up at auction here in New Zealand is rare," Grigg says.

"The back story is just great and tells one thread to the building of our country."

Ross Millar, of Cordy's, says although they are lucky enough to have the works in New Zealand for auction, "it would be nice to see them repatriated to their birthplace".