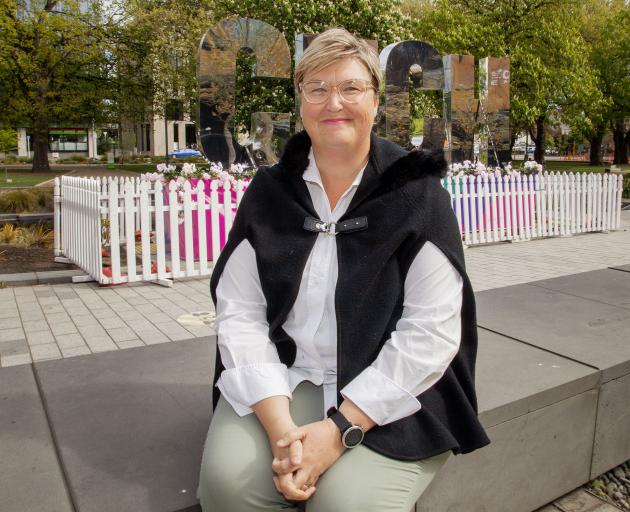 Christchurch Foundation chief executive Amy Carter has led the charity since its inception in 2017. Photo: Geoff Sloan
The review of a Christchurch-based charity supported by ratepayer money has been hindered by a slow release of information from the organisation.

The annual contribution of up to $600,000 ratepayers have made to the Christchurch Foundation since its inception in 2017 is currently under review.

Correspondence from within Christchurch City Council obtained by The Star through the Official Information Act reveals there is concern among council staff the review has been slowed down by a delayed release of information.

Linda Gibb, of the city council’s external reporting and governance department, said in an email the review being carried out by Deloitte had been hampered by “protracted interaction between the reviewers and the foundation regarding the provision of information.”

A final report on the review is expected to be considered by city councillors on December 3 where they will decide if the ratepayer contributions will continue or not.

Christchurch Foundation chief executive Amy Carter said it was fair to say there had been a short delay in the provision of information recently.

“We are a very small team. Aside from our day to day activity of securing philanthropy to benefit Ōtautahi, we are also in the middle of our annual audit, and drafting our annual report,” she said.

“Additionally we have had a significant and complex distribution to facilitate to multiple beneficiaries. I’m pleased to say these are now largely completed which enables us to return our focus to the review.”

The latest financial records of the foundation from the 2018/2019 financial year, show a total of $318,000 was put towards the salaries of three staff. This funded foundation chief executive Amy Carter’s $214,078 salary and six-month bonus package of $35,000. However, Carter’s bonus package has since been revoked.

Carter was unwilling to disclose her current salary but told The Star she had since taken a voluntary reduction to her pay which was now “significantly less” than the figure recorded within the foundation’s most recent annual report.

The entire foundation has also taken a voluntary 10 per cent cut in funding from the city council in response to the financial pressures of the pandemic.

Further information about the foundation’s financial position will be revealed next month when it releases its annual report for the preceding financial year.