RNZ reporter Eleisha Foon hit the streets of Christchurch on Tuesday to ask locals whether the announcement of a potential new public holiday was welcome news.

The proposed public holiday has received both opposition and support from other parties, union leaders and those in the business world.

The Labour Party announced yesterday it would make Matariki a public holiday if it is re-elected in October. An exact date hasn't been nailed down, but the public holiday celebrating the start of the Māori New Year would always fall on a Monday or a Friday.

While there was support for the proposal on the streets of Christchurch, most were unaware of the meaning behind Matariki.

"It's to do with Māori culture and I think it would be really beautiful but I'm sorry but I don't actually know everything about it."

One man said he supported it as long as they "removed one of the other ones" or we'd have too many.

"I would say so, people have been wanting it for a while, Kiwis I suppose," he said.

Another woman remembered Matariki has a "fun wee holiday" to celebrate in primary school.

"Everyone would learn about it and everyone would come together and you know, it was a really special time for everyone, no matter the culture, whether they come from a Māori background or not," she said.

"It just brings back so many good memories and I think that it's really good to be educated about it - can never have too many public holidays, I don't think."

O'Connell Rapira said making Matariki an official public holiday would be an opportunity for New Zealanders to learn about about indigenous science and spirituality.

"I think anyone who has ever experienced a tangi, a tangihanga, a Māori funeral, they will know that Māori have very very rich knowledge when it comes to dealing with grief collectively and Matariki is an extension of that.

"There are lots of different schools of thought in Māori, but one of those schools of thought is that when the people in our lives, the people that we love, pass away, they go up into the sky to become stars, and so Matariki is an opportunity for us to see them once again and I think that's really beautiful."

However, she said appropriate consultation from Māori experts would be necessary to get things right without watering down the culture in the process.

"I think it would be a real tragedy if we just copy and paste celebrations from overseas and then slap the name Matariki on it," she said.

"I think as part of this move, we'd love to see dedicated funding be made available to hapū, iwi, kaupapa Māori organisations, to run community events and provide community education to connect people to Matariki and its real meaning." 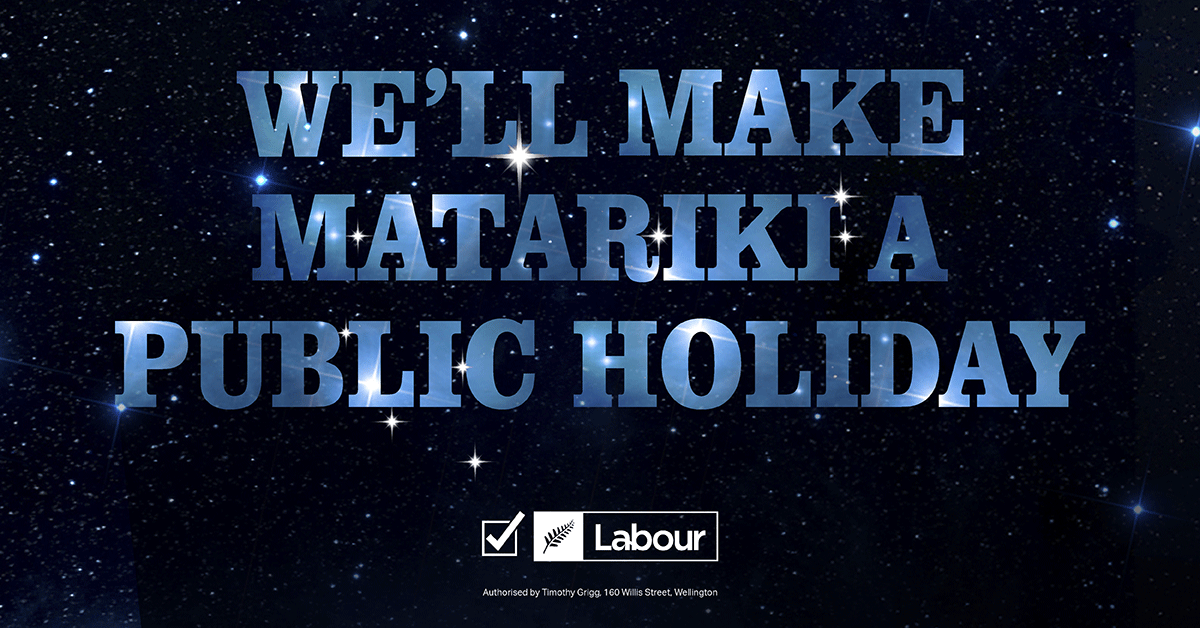 If re-elected in October, Labour has promised to make Matariki New Zealand’s 12th public holiday, beginning in 2022. Image: Supplied
Labour leader Jacinda Ardern said the new holiday would first be implemented in 2022, to give employers time to prepare.

Campaigning in Rotorua yesterday, Ardern said Matariki would be a distinctly New Zealand holiday and a time for reflection.

"This is a moment that's time has come and we said exactly the same thing about teaching New Zealand history in schools," she said.

"There are things we should be moving forward with as a nation that will only strengthen our identity." 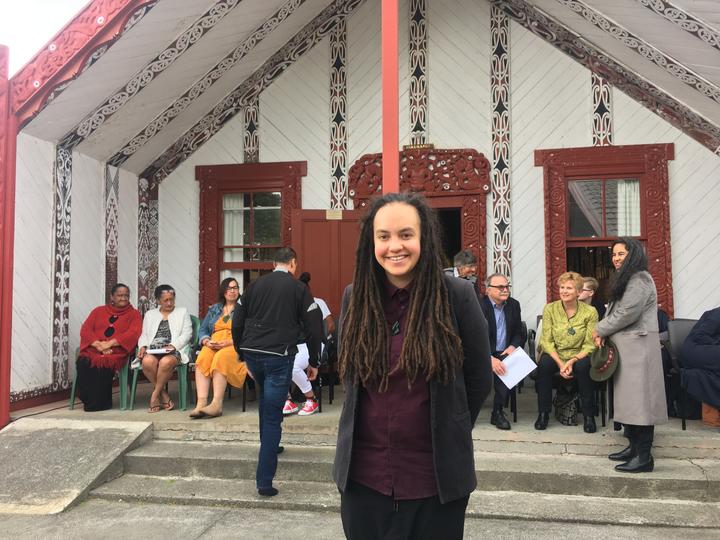 It has received nearly 35,000 signatures since then.

She told Morning Report Matariki had been gaining popularity recently.

"There's been a sort of resurgence of Matariki and the Maramataka, which is Māori lunar calendar over the last 20 years."

O'Connell Rapira said it would be NZ's first indigenous public holiday if it were put in place.

It also wouldn't be a big imposition to add to the calendar without removing an existing public holiday, according to O'Connell Rapira.

"Aotearoa has, I think, about 18 fewer public holidays than some other OECD countries," she said

"So, we actually don't have that many already and we haven't introduced one since Waitangi Day which was 50 years ago."

She said giving people a day off would encourage them to spend locally and support small businesses.

Green co-leader Marama Davidson said it would have economic benefits and could be introduced as early as next year, if the two parties were in government.

"Our long-standing policy has actually been for more public holidays and that's even outside of Matariki. Actually more time for recreation and rest is good for our economy," Davidson said.

In 2018, ACT leader David Seymour argued that we should ditch public holidays all together.

"I'm not into the government telling people when they should go on holiday - what is this a fascist state?"

More recently, the Matariki proposal has been criticised for creating additional costs for businesses at a time of economic crisis.

An unconvinced Judith Collins said the announcement was poorly timed.

"We're going to have an awful lot of holidays for people that they weren't looking for and those are unfortunately a lot of job losses, so I just feel so sorry for what we're seeing in the country and so sorry for families that are finding out they can't afford to pay the bills," she said.

Alan McDonald, head of advocacy and strategy for the Employers and Manufacturers Association, said it was "just another day of lost productivity" which would bring more costs for small to medium businesses in particular, at a time when they were struggling.

"We've actually added quite a few various benefits to the holiday pay and sick leave and things like that over the last year or so, so cumulatively it's quite a significant impact by the time it's brought in in 2022," he said.

However, co-president of the E tū union Muriel Tunoho said there was "great support" across the country for Matariki as a public holiday.

"Some of the tourism operators they are embracing this opportunity and so are a lot of Māori entrepreneurs as well as other businesses," she said.

She said that by looking at the proposal purely as a commercial transaction, the significance of the holiday was being missed.

"From a personal perspective, that significance of announcing Matariki as a public holiday finally restores the mana of our indigenous navigators and explorers and innovators of the past that has already been embraced through celebrations, through communities up and down the country already."