Young musician making a name for himself in the US 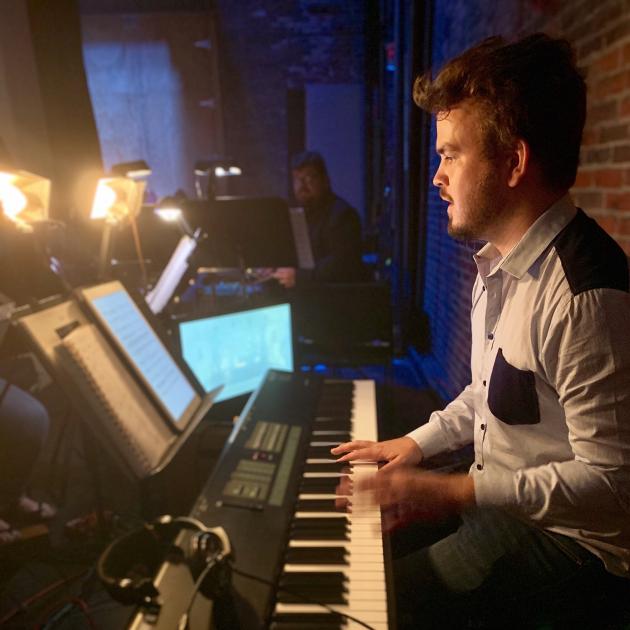 Matt Everingham working on the musical Next to Normal at the Tibbits Opera House in Michigan.
When former Christchurch musician and composer Matt Everingham took the big risk to move overseas in a bid to break into the United States music scene, he knew it wouldn't be a walk in the park.

But within eight months of establishing himself as an up-and-coming pianist, musical director and composer in the US, the 24-year-old has been nominated for a top award for his musical direction.

The former Broomfield resident’s name has been put forward for “best music direction” in the Broadway World Regional 2019 Awards.

Everingham, 24, was nominated for his work on the musical Next to Normal at the Tibbits Opera House in Michigan by a member of the Michigan theatre community.

Broadway World is one of the largest online databases in the US for theatre news and profiles, with an audience of 5.5 million online.

“It came as a complete surprise, but I was thrilled. Next to Normal is a really powerful piece of theatre, and it was a thrill just to work on the production itself, so to have my music direction recognised in this way is a real honour,” Everingham said.

He is up against about 60 other musical directors from around Michigan and Detroit.

“Especially as a conductor/pianist, it is always a gift having a carefully written piano part that is so well woven into an intricate orchestration. It really allows the music to sing."

Everingham said the score in the musical, which works to shape the audience’s experience of issues of mental health, grief, depression, drug abuse and family breakdown, is very powerful.

“It was a moving job to be able to bring that music to life in such a powerful story.”

Everingham worked on the project from late August and through September.

He is now based in Vermont as an assistant music director on Northern Stage’s production of The Sound of Music.

In January, he will head back to his home base in New York City when his contract with Northern Stage ends.

Everingham first flew to New York in April and has since been working in various parts of the United States as a musical director, conductor and pianist.

He said what he loves most about living in the US is being able to do what he loves for a living and pursuing a career in music direction while experiencing parts of the US he never thought he would.

He said the US theatre industry is a lot larger with more companies, productions, artists and training programmes.

“The essential ingredients, however, are the same," he said.

"Alongside having the necessary skills, being a kind, collaborative artist takes you a long way in an industry that relies so much on working together,” Everingham said.

You can vote for Everingham here. Voting closes December 31.