Oxford Hospital is one of four rural facilities in Canterbury which have been closed due to rapidly increasing Covid-19 numbers in the region. PHOTO: LDR / NORTH CANTERBURY NEWS / ROBYN BRISTOW
Concerned Canterbury mayors are urging health officials to reopen rural hospitals "as soon as possible" following the temporary closure of four facilities in the region.

Hospitals in Oxford, Waikari, Darfield and Ellesmere have been closed by the Canterbury District Health Board following an announcement last week, due to rapidly increasing Covid-19 case numbers in the region.

A total of 23 patients and residents across the facilities have had to be transferred to alternative locations. 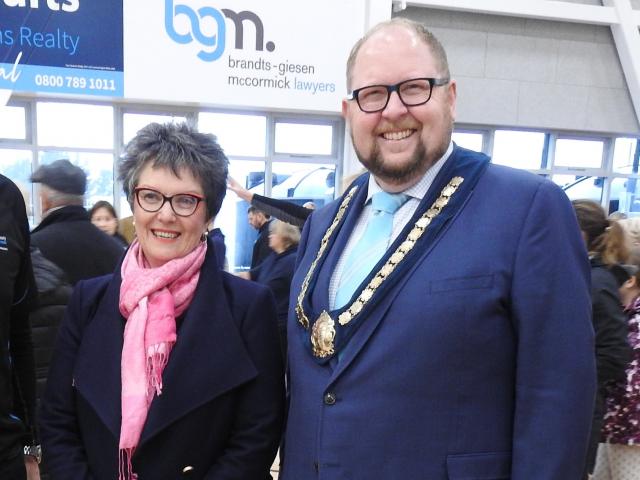 The unease of the situation prompted the Canterbury Mayoralty Forum to pen a letter to DHB chair Sir John Hansen, DHB chief executive Peter Bramley and Health Minister Andrew Little, outlining concerns around "patient's well-being as they're moved outside of their communities, as well as our concerns about potential future plans
for these facilities".

"We strongly support the retention of this essential rural hospital health service in Oxford and Waikari," said Gordon and Black, in a joint statement.

"We are committed to doing all we can to see that they are reopened promptly."

"They’re probably more prone to getting sick [in Christchurch], than they would if they were at Oxford Hospital," she said.

"The fact they’ve moved 98-99-year-old patients from their home and taken them to a place they don’t know...and if they get settled there they're going to uplift them again."

She added there was uncertainty around the hospital's Meals on Wheels service, which catered to residents throughout the Waimakariri district.

But the DHB is assuring the move will be short-lived, and residents should be back "within six weeks of the Omicron outbreak's peak".

"We would have preferred not to have to relocate these residents but it is better to do now in a careful, planned way, than under urgency in a situation that would make our patients vulnerable," DHB emergency coordination centre incident controller Tracey Maisey said.

"It’s a precautionary move as we cannot guarantee that during the outbreak we will be able to sustain safe staffing levels of these facilities."

The DHB said it was working with residents' families, or next of kin, to decide on a suitable alternative facility for each resident and to support a smooth transition.

Maisey said it was also working with staff from the affected facilities, to identify areas where they could be redeployed to, "either within Canterbury DHB or with local community providers, where their skills as nursing and care providers are needed."