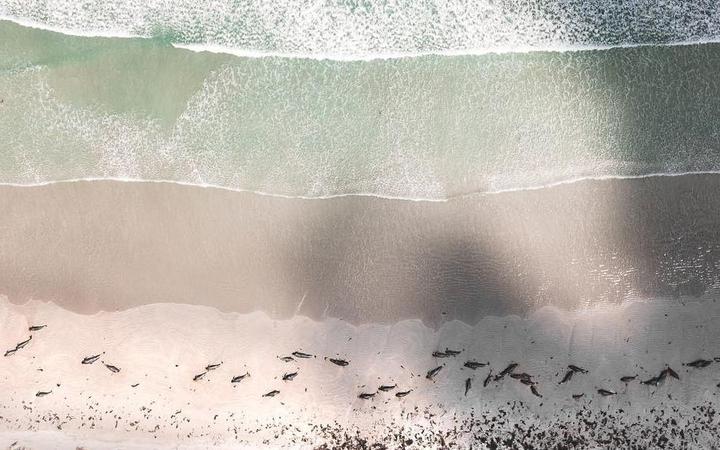 Commercial diver and photographer Sam Wild told RNZ the whales stranded at a northern beach on the main Chatham Island over the weekend.

He said it was a horrific and emotional scene. Locals had put out word of the stranding the day before, he said.

"I mean the Chatham Islands ... is a pretty remote place, their beaches are pretty remote, there's not a lot of people around them so when they were eventually found the radio call went out to a few people, cause there's so many divers around the island, myself included." 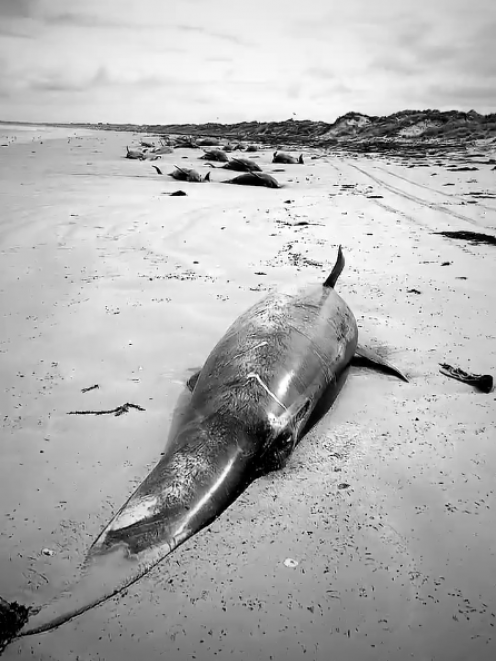 Photo: Sam Wild / Supplied via RNZ
Wild said the diving community is told to stay out of the water when there has been a whale stranding because the Chatham Islands has a population of great white sharks, which may come in to feed on the carcasses.

"So stayed out of the water and took the camera instead and, yeah, it was pretty sad to see."

Wild said the Department of Conservation had been to the area the previous day to gather data and euthanise some of the whales.

Whale strandings happen every year or two on the islands, he said.

The DOC website describes the Chatham Islands as a mass stranding "hotspot" for pilot whales, adding that the biggest recorded pilot whale stranding was when an estimated 1000 whales stranded on the islands in 1918.