Pets rescued from Kaiapoi house fire on road to recovery 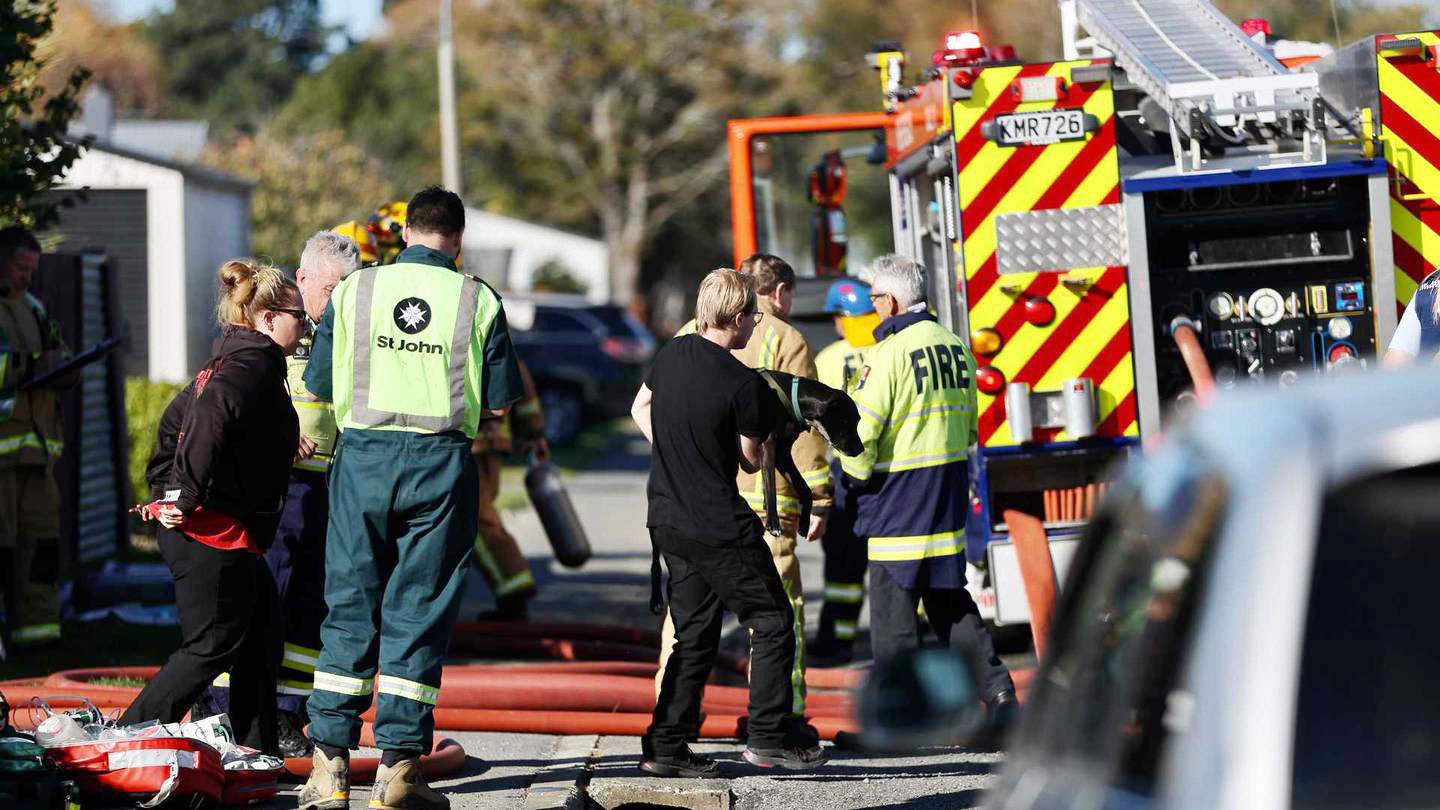 Sophie the dog was rescued from a house fire in Kaiapoi. Photo: George Heard
A grateful Canterbury pet lover has detailed the desperate efforts to revive her animals after they were trapped in a house fire that claimed a cat, kitten and budgie.

Although distraught to lose Clover, one of her first litter Chungus and Buddy – from smoke inhalation in his cage – the mother of two revealed the collateral damage could have been much greater when an accidental fire spread from the kitchen of a Kaiapoi house.

Tabitha, another kitten, was initially blinded by the blaze at a Cridland St property on April 22.

The five-week-old suffered four seizures, a grim development that had homeowner Denise fearing she would also have to be put down.

“The vet was concerned about neurological damage but wanted to give her 24 hours to rally. I’m glad we gave her the time. We got her home, she had a sleep, an eat, then ‘bing’. She perked up and she could see,” Denise said. 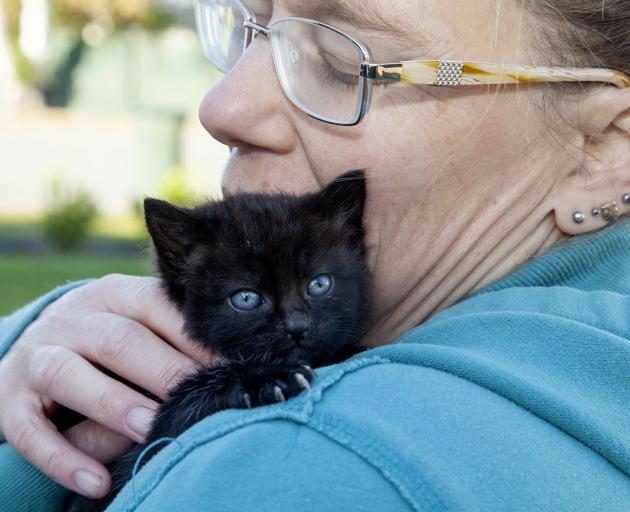 Denise and Tabitha. Photo: Geoff Sloan
Tabitha, Olive, Clover plus dogs Molly and Sophie were given mouth-to-mouth by Denise – and then oxygen – after firefighters carried them to safety.

“They were amazing, absolute respect to them,” she said.

Unfortunately Chungus perished inside and one-year-old Clover had to be euthanised two days later.

“The kids (her son and daughter) were really upset about Clover. They’d bought her with their pocket money just after lockdown last year. It was their kind of treat, they’d saved up and they were the two mummies of the cat,” said Denise.

Although Clover, the last animal to be evacuated, was resuscitated, there was no hope of recovery at the Rangiora Vet Centre.

“She wouldn’t have any quality of life. She was paralysed. She was twitching with neurological damage. She couldn’t walk but she heard the kids voices when they brought her in,” Denise said.

“She started trying to drag herself to the kids. She could hear them. She went to them and gave them cuddles.” 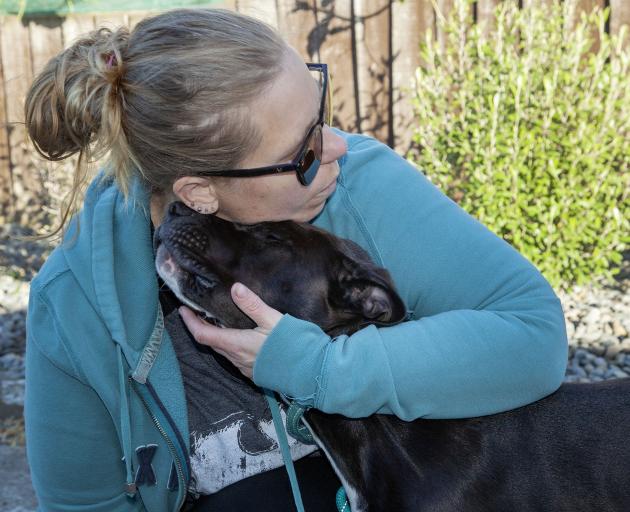 Denise and her dog Sophie. Photo: Geoff Sloan
Molly, a seven-year-old boxer-labrador cross, and Sophie – a one-year-old rescue dog with staffy in her genes – spent two days in the vet centre and are still recovering.

They were on IV fluids to remedy dehydration and charcoal tablets to settle their stomachs.

“They’ve got smoker’s cough and they’re coughing up ash. We’ve been given an asthma inhaler to aid their breathing,” Denise added.

The family, who were on an outing when the fire broke out, are now in temporary accommodation.

“We lost everything to fire, water and smoke damage, or all three,” Denise said.

But they still have their canines, kittens and 10-year-old cat Muppet, who Denise said escaped through a window before the flames took hold.

“He was like ‘bye’, but mum wouldn’t go without her babies.” 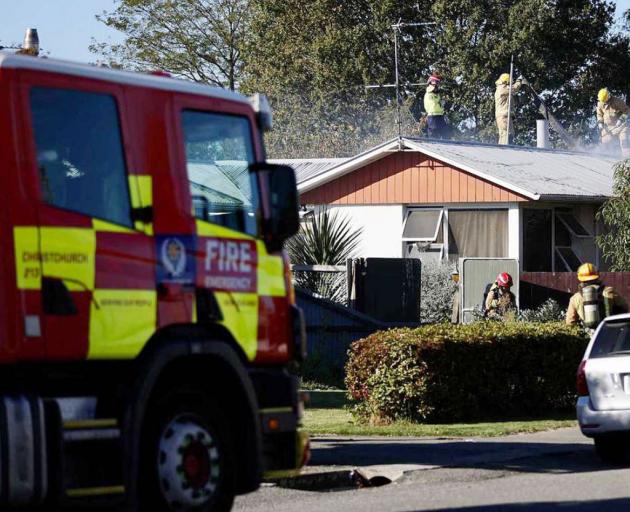 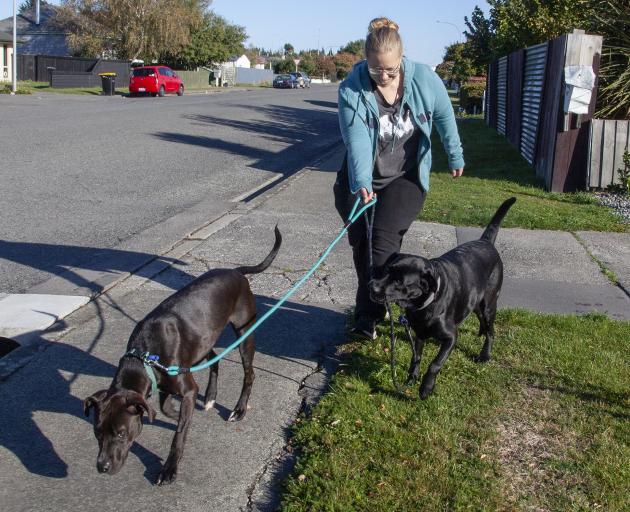