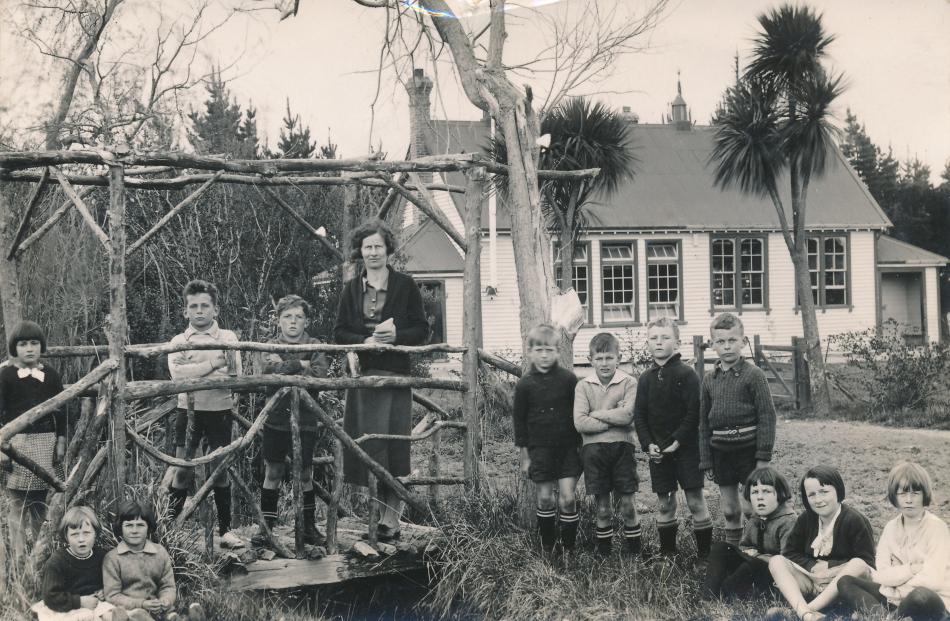 Fairton Primary School teacher Molly Morrison and students in 1929 when the school was located at the current marae site. (Photo: Ashburton Museum). 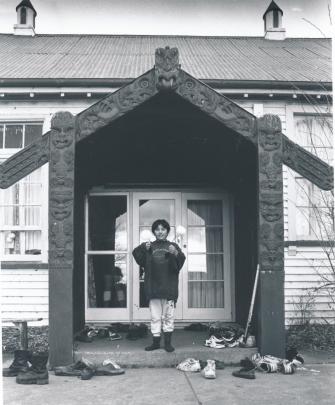 Nerissa Ka at a female cultural event held at the marae in 1994. (Photo: Ashburton Museum). 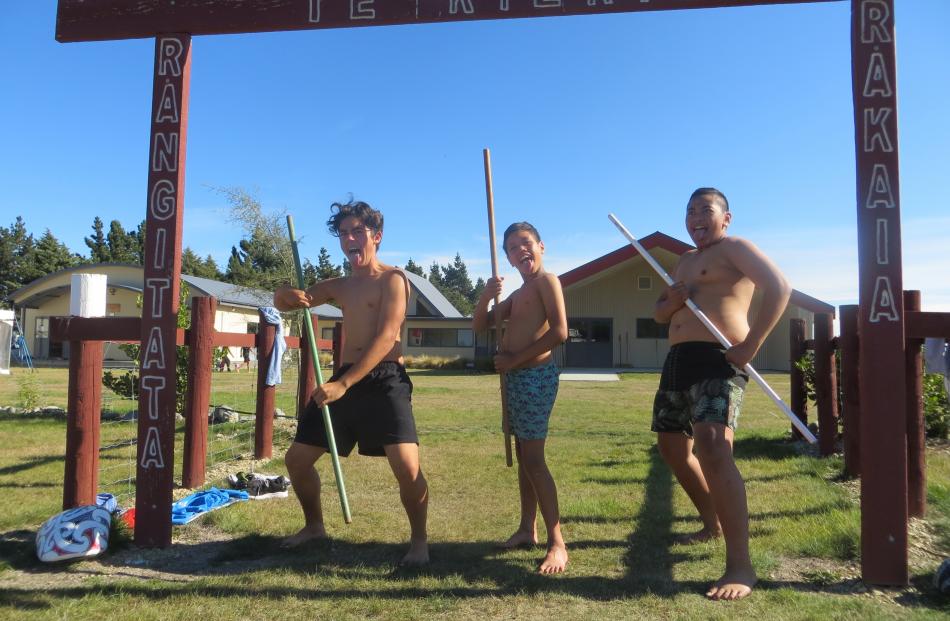 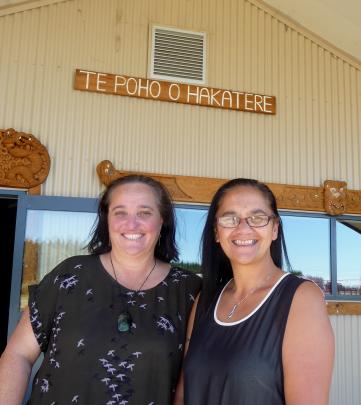 Hakatere Marae on State Highway 1 at Fairton was originally the site of Fairton Primary School.

A school building, officially opened as Newlands School in 1880, was moved to the Fairton site in 1901.

Fairton School operated there until 1968 when the school moved to its present site on land donated by a local business.

In 1970 the Mid Canterbury Maori Committee obtained a lease from the Government for the disused school building and established the Hakatere Marae.

The name was given to reflect the name of the Ashburton River.

The building was bought five years later and gazetted as a Maori Reserve.

The first Waitangi Day celebration was held at an evening event in 1973 and a `New Zealand Day' was held the following year with demonstrations of culture, craft and a hangi meal.

The Maori population of Ashburton District has never been too big, but a small, transient population was drawn here by employment opportunities in the Fairfield Freezing Works and in shearing gangs.

The old school house did duty as the wharenui (meeting house) for the local maori population until it was destroyed by arson in 2003.

A new wharekai (dining area) was completed at a cost of over $300,000 four years later.

In 2008 road access to the marae was improved and the entranceway widened.

In 2009 another wharekai was added and fittingly opened on Waitangi Day that year. It includes a main conference/dining area, stage, kitchen, offices and toilet and shower block.

The Hakatere Maori Committee won the Supreme Award at the 2009 Trustpower Ashburton District Community Awards for the redevelopment and reopening of the complex.

The marae received $10,000 per year for three years from the Ministry of Health, also in 2009, to develop a garden on half an acre of land.

The marae garden was seen as a way to strengthen links to the wider community.

Much of the exterior carving work for the wharenui was completed by Ashburton master carver Vince Leonard, who passed away earlier this year. Mr Leonard also constructed the carvings at Ashburton College.

The marae is today administered by the Hakatere Maori Komiti Trust.

Komiti chairperson Michelle Brett said the marae complex remained a place for all whanau "to come and belong to and a place away from home''.

It provided ongoing services and support and because it had full facilities, including the wharenui, more whanau and the community were using it.

"Hakatere Marae is committed to community focused initiatives and projects which support all people, but also to raising awareness of things maori.

"We will continue to deliver activities such as taiaha, kapa haka, reo, cultural celebrations, whanau celebrations and ANZAC celebrations to our community.''