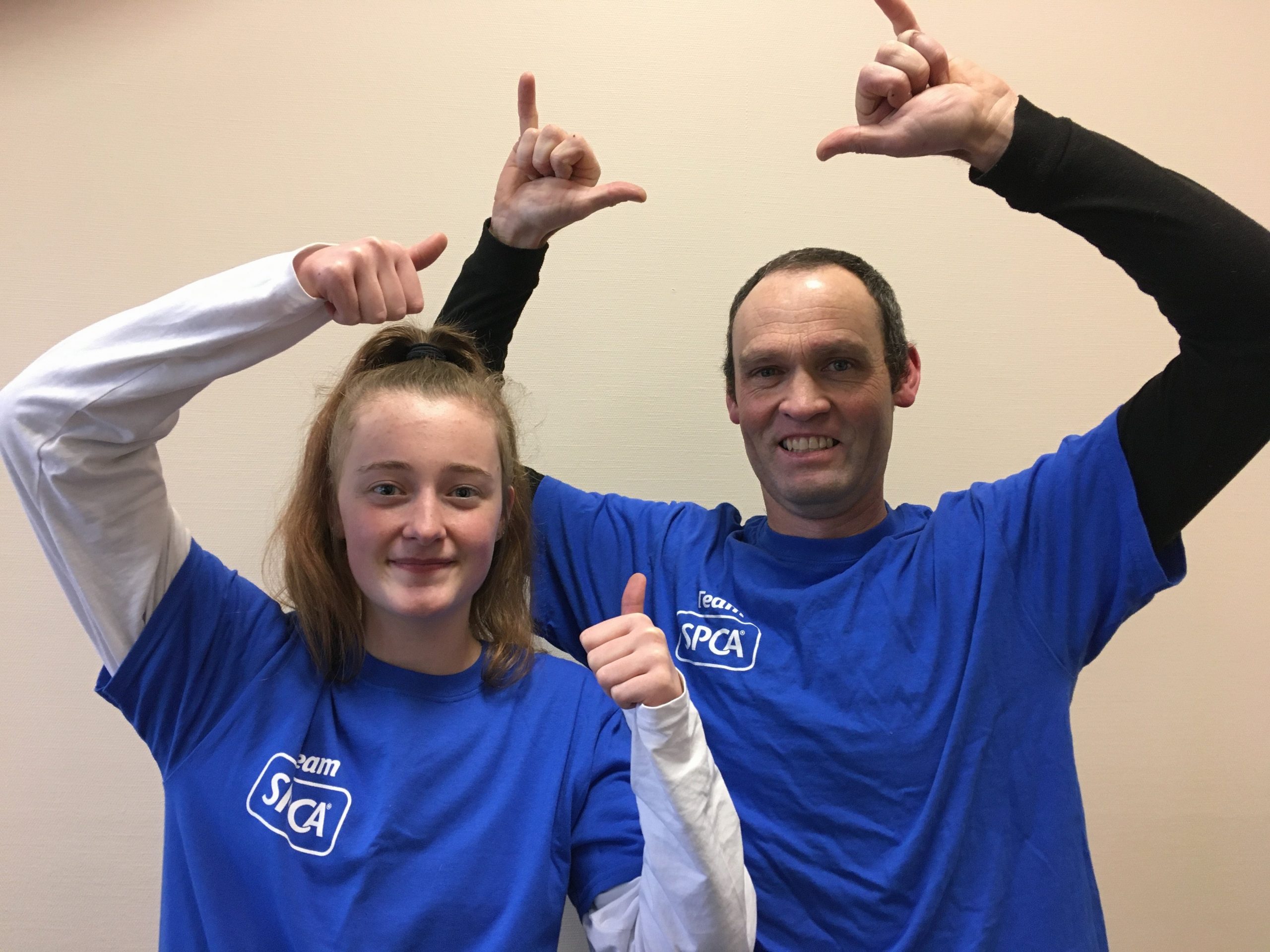 It’s part of the SPCA Jump to the Rescue 2020 fundraising event. Claudia, 14, a student at Ashburton College, and Michael, a fourth generation cropping farmer, have both wanted to parachute jump for many years.

Michael’s wife, Tessa, found the jump online and signed him up.

A lesser man may have been wary but he couldn’t be happier.

Not only does he get to fulfil a lifelong goal but it had a feel good factor attached; raising money for SPCA.

It was similar for Claudia. Her mother Karen is an SPCA foster parent and volunteer and the family have a menagerie of animals at home including goats, chickens, cats, cows, a sheep, a rabbit and a fish, all in need of support.

“I get to do what I wanted and help the animals,” she said.

The fundraising has its down side for the reserved duo interviews and publicity is needed to fundraise enough money to qualify for a skydive at Sumner Beach on August 1.

They need to reach a target of $775, if they miss the target the money raised still goes to the SPCA but no jump.

The jump was initially meant to happen from a plane in Ashburton but has moved to the Sumner location and out of a helicopter.

They are not fazed by the change. If anything, Michael is more excited.

“I’d prefer to do it out of a helicopter, it’s different,” he said.

The duo join fellow Ashburton jumper Anna Tuffley who is also fundraising for the jump, and photographer Emmily Harmer, who has secured her jump by reaching the fundraising target.

Donations can be made by entering the fundraiser’s name through the Jump to the Rescue 2020 website.