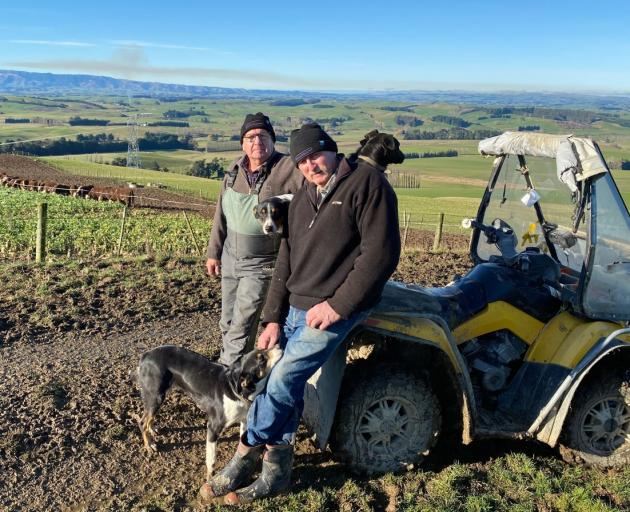 Groundswell NZ co-founders Bryce McKenzie (left) and Laurie Paterson. Photo: Sharon Paterson
Downtown Ashburton is set to stage part of a nationwide protest with the sound of chugging tractors, utes and howling dogs all gathering at the Ashburton Domain to rally against government regulations.

The nationwide protest, instigated by Groundswell NZ, has plenty of interest in Mid Canterbury, says Ashburton co-organiser Joseph Gillies, including from farmers, tradesmen and ute owners.

Protesters are gathering on the outskirts of Ashburton – at Ryal Bush Transport on Maronan Road, and Rural Transport on Northpark Road, on Friday, July 16, at 11am.

They will then drive in respective procession towards the Ashburton Domain, to gather along Walnut Avenue, near the children’s playground.

Across New Zealand, the same statement will be read at 12.15pm and the dogs would howl at 12.30pm.

As part of the protest everyone is invited to take their tractors, utes, and dogs to towns across New Zealand to protest a range of new and proposed regulations.

The regulations included freshwater and winter grazing, significant natural areas, indigenous biodiversity and the unpopular ‘‘ute tax’’- a new rebate scheme, which would place a fee on higher-emission vehicles.