Ellesmere A&P Show downsized - but still going ahead this weekend 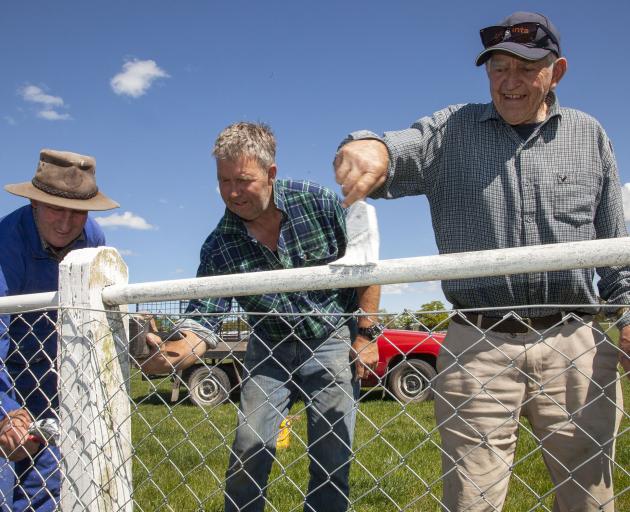 David Adams, Andrew Benny and Gordon Michael paint a fence at the Ellesmere Showgrounds. Photo: Geoff Sloan
The 150th Ellesmere A&P Show this weekend is forging ahead but in a reduced format and with no spectators due to the Covid-19 alert level 2 restrictions.

Organisers are disappointed they can’t hold the special event in its full glory, after having to postpone it last year.

Yet they have managed to salvage some of the show, in spite of the level 2 restrictions, which last week resulted in the cancellation of Christchurch's famed New Zealand Agricultural Show, run by the Canterbury A&P Association, for the second year in a row.

Selwyn Spring Show marketing and promotions convener Alastair Barnett said many long hours by volunteers has been put into the organising the event, and the committee held off making the final decision for as long as possible.

"We are all quite saddened by the fact it is not happening (in it's usual format), it effects the whole community.

"It’s the loss of a good day out, and one of the highlights of the year.” 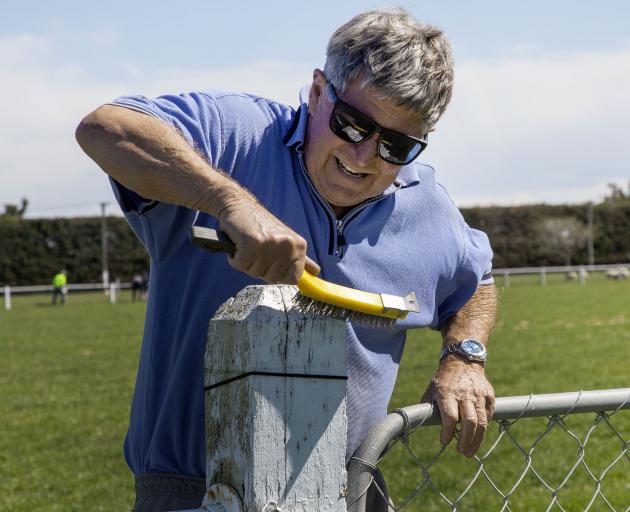 Chris Wright. Photo: Geoff Sloan
No members of the public or the association itself, unless they are exhibitors or competitors, will be permitted entry to the reformated Selwyn event.

It will be held over three days, Friday to Sunday, at the Ellesmere A&P Showgrounds in Leeston.

There will be no trade sites, displays, entertainment or food stalls.

In addition, a number of sections have been cancelled.

They include shearing, cooking, hand craft, art, flowers, school classes (sheds only), wearable arts, Selwyn’s Got Talent and the Top Team Challenge. A full refund of entry fees in these classes will be given after show day.

The clydesdale section is booming this year thanks to incentives offered by the association, including 150th medallions. After dwindling entries in recent times, there are 67 entries this year from throughout Canterbury.

President Andrew Benny said it was good to see strong entries in the class, which was one he and fellow organisers focused on as they aimed to commemorate the district’s pioneering days.

"They are such a majestic animal, they just draw attention. We will get to admire them in our bubbles," Benny said.

The rejuvenated interest in clydesdales was alongside strong entries in other sections, including dairy cattle, where the South Island Dairy Championships would be staged.

There would also be four sheep breeds having their feature shows.

Barnett said the association was grateful to its members, sponsors, exhibitors, the district council, Ellesmere Historical Society, Selwyn Heritage Centre, The Ellesmere Vintage Club, Selwyn schools and the community for their support.

"And we can all look forward to an unrestricted show in 2022."