This Darfield home on a 5104m2 block has an RV of $930,000. Photo: Supplied
The average value of a house in Selwyn has climbed past $1 million, out-performing Christchurch and every other district in Canterbury.

While the housing market has shifted down a gear nationwide, the latest figures reported in the One Roof House Price Report – April 2022 show Selwyn’s average property value grew 5.6 per cent ($54,000) to $1.018 million in the first three months of the year.

Authors of the report said Canterbury's housing market had "lost a lot of its energy", but Selwyn was "clearly benefiting from heightened new-build activity".

House value index figures in the report show Selwyn is streets ahead of Christchurch, which has the second highest average value with $788,000, having risen just 2.6 per cent in the first quarter of the year. 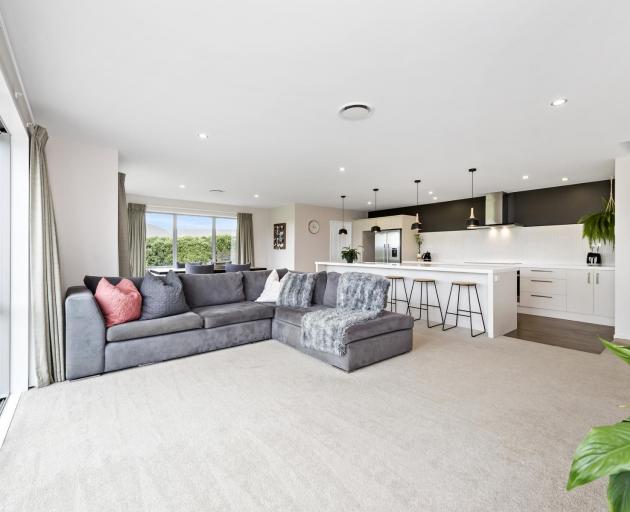 Inside 36 Whitcombe Place in Darfield. Photo: Supplied
Selwyn is also well ahead when it comes to the rate of growth during the quarter.

Property Brokers Canterbury regional manager Tony Quayle, based at Rolleston, said Selwyn was "quite insulated" from drops in some areas, as seen in Auckland.

This was due to demand remaining solid.

Buyers from Auckland, Wellington, Tauranga, Nelson and even the West Coast were purchasing homes. Finding a $1 million home in the district was much nicer than the equivalent in their home areas.

The RV for this Selwyn Rd home in Rolleston is $950,000. The purchase price was by negotiation. Photo: Supplied
Echoing comments in the OneRoof report, he said helping the high demand was the relatively high amount of new builds, as people could get a new home for a cheaper price.

Buyers were also attracted by good employment opportunities in Canterbury, or in the pandemic they had found they could work from home successfully so could move further away.

Quayle said there was also demand from investors, as they could buy relatively modern homes in the district to have as rental properties.

The institute will be releasing its figures for March after Easter.

The median is the middle house sale price of sold properties, while the average is the total dollar figure divided by the total number.