'They were trying to pull her apart': Two pets killed in horrific dog attacks 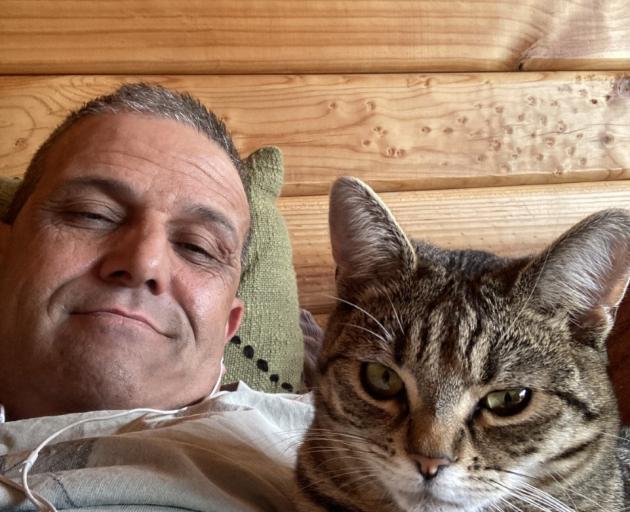 Willow kept her owner Mark company as he recovered from cancer treatment. Photo: Supplied
Two Canterbury residents have been left traumatised after their pets were allegedly killed by two roaming dogs.

They understand only one of the dogs has been euthanised after the alleged incident in Darfield, and are calling for the other dog to be euthanised too.

The two dogs, a mixed breed and a mastiff, allegedly escaped from their home on the morning of October 15.

The Selwyn Times understands that as the owner was desperately trying to locate them, the dogs allegedly mauled to death a one-year-old bengal cat named Willow outside her house about 9am.

The dogs then made their way to the outskirts of town and allegedly mauled to death an 18-month-old mastiff labrador cross inside a fenced section about noon.

The owners of the dead cat are Darfield couple Mark and Lynne, who only wanted to be known by their first names.

Mark said it was horrific to witness Willow being killed, and she was very much missed.

“The house is so quiet without her,” he said. 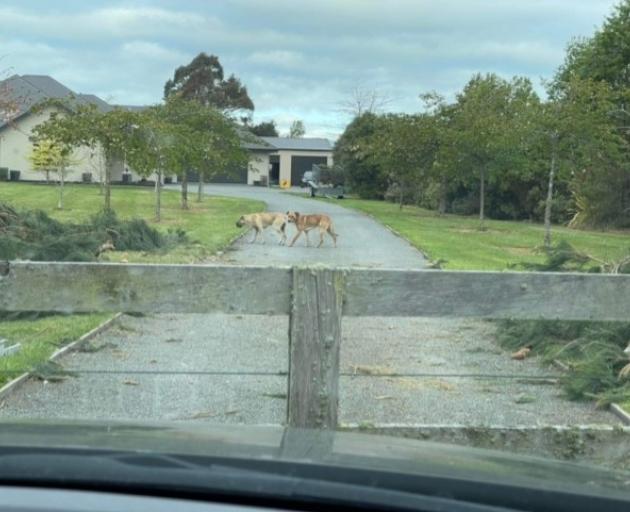 This mastiff and mixed breed dog got into this fenced section at Darfield before allegedly killing a pet mastiff labrador cross. Willow the cat was killed earlier. Photo: Supplied
Willow had been a faithful companion while he was off work for nine months recovering from cancer treatment.

“She was always inside with me, always on the couch with me,” Mark said.

Willow was attacked by the two dogs at the end of the neighbour’s driveway, where she would often sit.

Mark was working in his back yard when he heard his cat “screaming.”

He ran to the scene and was shocked to find two dogs had Willow, one with her head in his mouth and the other with her tail end in his mouth.

“To me it looked like they were trying to pull her apart,” he said.

He jumped over his fence and chased the dogs which ran away with Willow in the clutch of their jaws.

He followed them through the end of a cul-de-sac for about 300m, yelling at a neighbour on the way: “They have my cat.”

By that time, Willow was dead and had been in the jaws of the dogs for about 25 minutes. Mark believed she died quickly after the dogs got hold of her.

An animal control officer spoke to Mark outside his home about 11am. The dogs had still not been located.

The owner of the mastiff labrador cross that was killed said she got a phone call from a neighbour who was looking after her pets to say there were two stray dogs there.

Animal control later informed her one of the dogs had been euthanised.

Mark and Lynne and the woman want the other dog put down as well. The woman understands it was the mixed breed dog that has been euthanised, while the mastiff was returned to its owner.

“Both dogs did this. It’s on our conscience, what happens if it gets into another person’s animal, both had a part in it,” the woman said.

Animal control team leader Steve Clarke was unable to confirm if one dog had been euthanised and the other returned to the owner.

This was because it was an ongoing legal process. It was being worked through with a lawyer as a matter of urgency.

“As this is an open case it would not be appropriate for us to comment further at this stage,” Clarke said.

However, he sent an email to Lynne, viewed by the Selwyn Times, saying one of the dogs had been returned to the owner.

“This was following it being classified as a dangerous dog. The owners were taking extraordinary measures to ensure all conditions of this classification were met, including extensive modification of the property,” Clarke said.

“This action does not give them immunity to prosecution, which we are still awaiting advice from the council’s lawyers.”