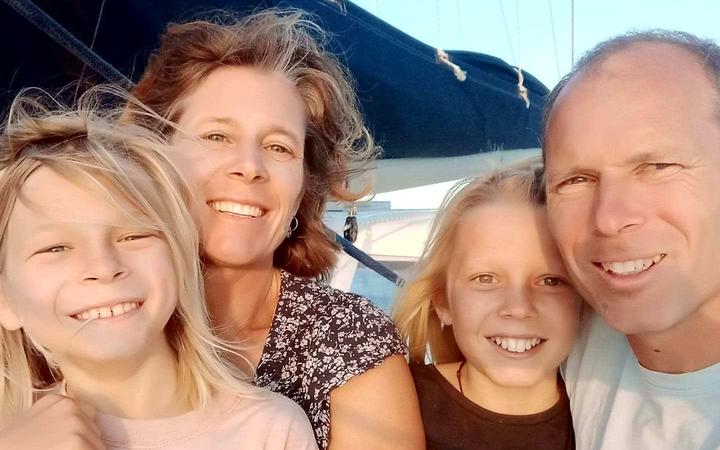 Cindy Mosey and Andy Reid with sons Baxter and Logan Mosey-Reid. Photo: Supplied
A Nelson family on a South Island road trip have experienced wildfire and blizzards in the same place within days.

The cold snap, which also brought rain and sleet, helped extinguish a scrub fire in the Mackenzie District which took hold near Twizel on Sunday.

Cindy Mosey and Andy Reid were salmon fishing in the Twizel canals on Sunday with their two boys Baxter and Logan Mosey-Reid, when the excursion was cut short by the fire.

"It was a day the skiing didn't look so good so we decided to rent some fly rods and go fly fishing in the canals, and that was the day the fire started.

"We managed to just get back through to Tekapo before they closed the state highway, and my gosh it was horrific - absolutely gigantic flames about 30 feet (about 9m) up." 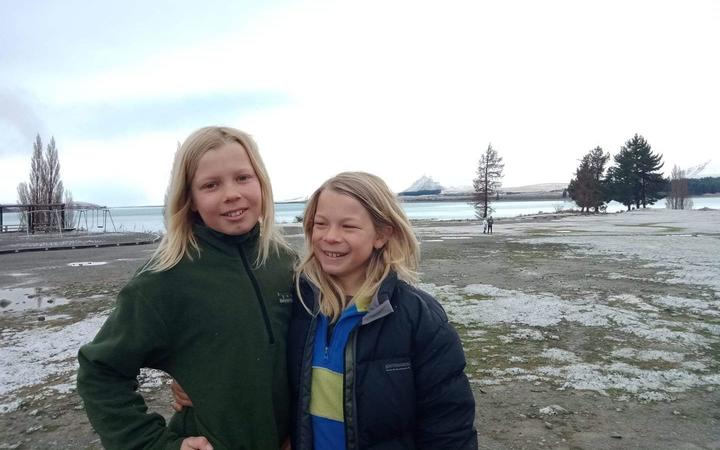 "Tekapo and all the way through Fairlie to here... it was completely white - the hills, the trees, snow on the sheep... and the tiny wee lambs out knee-deep in the snow. I hope they're going to survive."

Julie and Tony Dobbs had several centimetres of snow fall at their place near Fairlie.

"This is our first snowfall this winter. It's a little bit worrying when we get it at this time of the year."

It missed Miles Anderson's Waimate farm but left bitterly cold wind and rain in its wake.

Temuka resident Charles Scarsbrook woke to snow on the ground around his house.

The Temuka Pottery owner has lived in the South Canterbury township for about 40 years, and knew well enough not to plant his vegetables too soon.

"I've been caught before when I've planted stuff early and it all gets frost-bitten, but I've bought myself a glasshouse now."

Skifields hopeful snow sticks around for school holidays
The snow has come at the right time for southern ski fields.

Remarkables Ski Area manager Ross Lawrence said the season so far has been less than ideal, with about half the usual snow base.

He was hoping the snow would stick around until at least the school holidays later this month.

"It's certainly a welcome covering and coating so I think it will bring out a few more of the loyalists, and we're going to have a good time going forward."

The New Zealand Mountain Safety Council this afternoon issued a warning about the heightened avalanche risk.

"The new snow is great, but we're concerned that after a month of very little snow and spring-like conditions the influx of people out may result in avalanche incidents.

"The period directly after a storm is very dangerous," spokesperson Nathan Watson said.

The Mountain Safety Council said the three-day avalanche forecast placed three regions at a high danger risk and seven others at considerable risk.

Forecast details are available at at avalanche.net.nz. 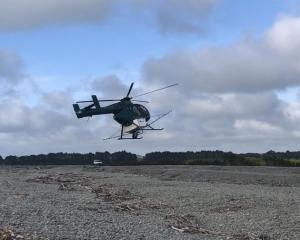