Former Mythbusters co-host Adam Savage allegedly sexually abused his younger sister for several years when they were children, the sibling has claimed in a lawsuit.

Miranda Pacchiana, 51, claimed that her brother abused her when she was between 7 and 10 while they lived together in Sleepy Hollow, New York.

"Beginning in or about 1976 and continuing until approximately 1979, Adam Savage, would repeatedly rape Miranda Pacchiana and force oral sex upon her, and forced Miranda to perform oral sex on him, along with other forms of sexual abuse," her lawsuit, which was filed in Westchester Supreme Court on Tuesday, read.

The social worker claimed that her brother, who was between 9 and 12 at the time, would prevent her from leaving the bed and anally rape her.

He allegedly nicknamed himself the "raping blob" and manipulated her to think the abuse was a game, according to the suit. 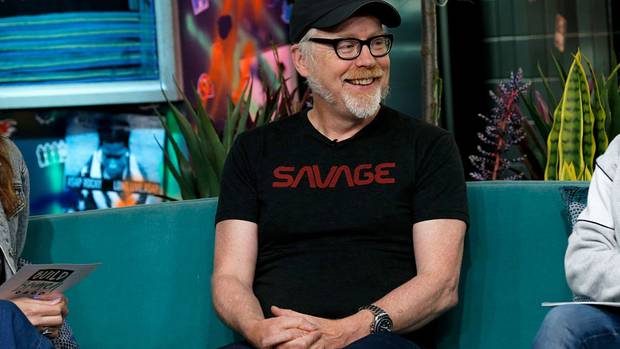 Adam Savage has denied a claim from his sister that he raped her when they were younger. Photo: Getty Images
Savage has denied the allegations, with his lawyer Andrew Brettler providing the following statement to Variety.

"While I hope that my sister gets the help she needs to find peace, this needs to end. For many years, she has relentlessly and falsely attacked me and other members of my family to anyone who will listen. By spreading numerous untrue stories about us in pursuit of a financial bonanza, she has tortured our entire family and estranged herself from all of us. I will fight this groundless and offensive lawsuit and work to put this to rest once and for all," Savage said in the statement.

The siblings' mother Karen Savage has also condemned the lawsuit in a statement obtained from Brettler.

"It makes me very sad to say this, but my daughter suffers from severe mental health challenges, and it's devastating that she's putting Adam and our entire family through this. Adam is a good man, and I support him completely," she said.

Pacchiana revealed on her blog that she has fallen out with her family after coming forward with these sexual abuse allegations.

"When I first disclosed to my family that my brother had abused me as a child, I thought my whole world would change," she wrote. "I assumed my family members would share my desire to examine what had gone wrong in our home and pursue a path toward healing together. I was sadly mistaken."

"In fact, their behaviours left me feeling as though the abuse didn't really matter," she continued.

"Yes, they believed me — but my family members still seemed determined to brush my trauma under the rug. Over time, I came to realize they viewed me as the problem for focusing on the abuse. Not the brother who had abused me."

If you're in danger now:
• Phone the police on 111 or ask neighbours of friends to ring for you.
• Run outside and head for where there are other people.
• Scream for help so that your neighbours can hear you.
• Take the children with you.
• Don't stop to get anything else.
• If you are being abused, remember it's not your fault. Violence is never okay

How to hide your visit
If you are reading this information and you're worried that someone using the same computer will find out what you've been looking at, you can follow the steps at the link here to hide your visit. Each of the websites above also have a section that outlines this process.