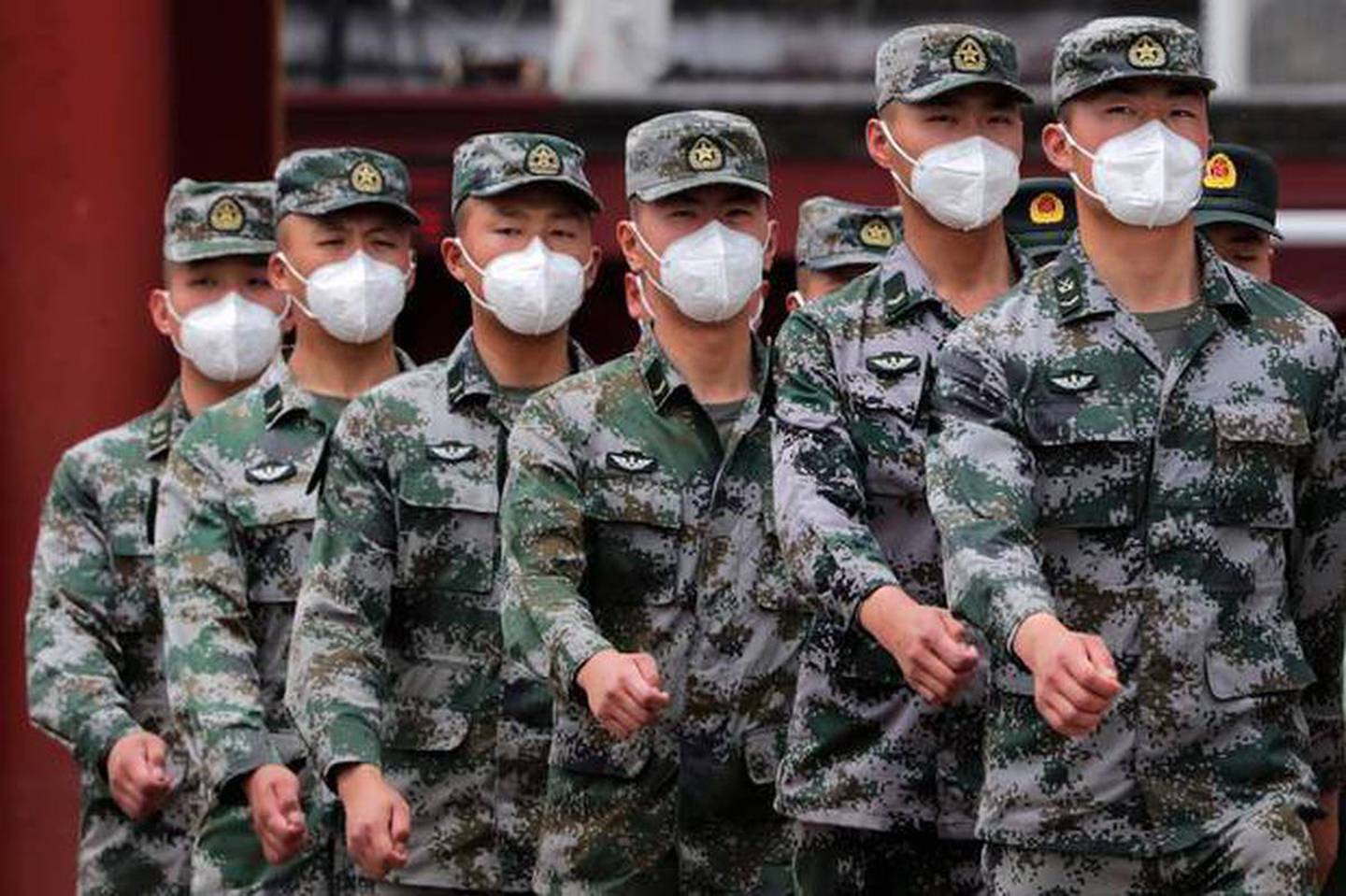 The vaccine, developed by the military's research unit and a Chinese vaccine company called CanSino Biologics, proved it was safe and showed some efficacy, the company said on Monday.

China first announced it had been permitted to test its potential Covid-19 vaccine on humans last week.

If these trials are successful, the vaccine will then need to receive regulatory approval, after which it could be manufactured and sold.

The Ad5-nCoV is one of China's eight vaccine candidates approved for human trials at home and abroad for the respiratory disease caused by the new coronavirus. The shot also won approval for human testing in Canada.

China's Central Military Commission approved the use of the vaccine by the military on June 25 for a period of one year, CanSino said in a filing. The vaccine candidate was developed jointly by CanSino and a research institute at the Academy of Military Science (AMS).

"The Ad5-nCoV is currently limited to military use only and its use cannot be expanded to a broader vaccination range without the approval of the Logistics Support Department," CanSino said, referring to the Central Military Commission department which approved the military use of the vaccine.

CanSino declined to disclose whether the inoculation of the vaccine candidate is mandatory or optional, citing commercial secrets, in an email to Reuters.

The Phase 1 and 2 clinical trials of the CanSino's vaccine candidate showed it has the potential to prevent diseases caused by the coronavirus, which has killed half a million people globally, but its commercial success cannot be guaranteed, the company said.

No vaccine has yet been approved for commercial use against the illness caused by the new coronavirus, but over a dozen vaccines from more than 100 candidates globally are being tested in humans.

GLOBAL RACE FOR A COVID VACCINE

Since the outbreak of the pandemic, a global race has been under way for a vaccination against Covid-19.

A vaccine is widely acknowledged as the key to ending the pandemic, and will provide enormous benefits for the country that gets there first.

Governments, charities and massive pharmaceutical corporations have been sinking billions of dollars into bets with low odds of success.

A vaccine would see potential profits for the medical and science industry, makers of medicine and researchers. But for the US or China, it would also be a massive geopolitical victory.

For China, it would also be about redemption, with the country's government having received fierce criticism for its delay in informing the world about the outbreak.

There are currently 224 candidate vaccines in development globally, according to the data collected by the Coalition for Epidemic Preparedness Innovations (CEPI).

Of the 10 vaccines that are at the stage of human trials, six are Chinese, and it is the only country with a vaccine which has advanced to Phase 2.

This is the CanSino Biologics-Beijing Institute of Biotechnology product using the "non-replicating viral vector" design.

Germany and the United States are also leading candidates, with the latter boasting the largest number of vaccine-related projects.

But vaccines against viruses are extremely difficult to develop, and a "gold standard" preventor - one that lasts six months, is at least 50 per cent effective and can successfully prevent transmission of the virus - will no doubt take time.