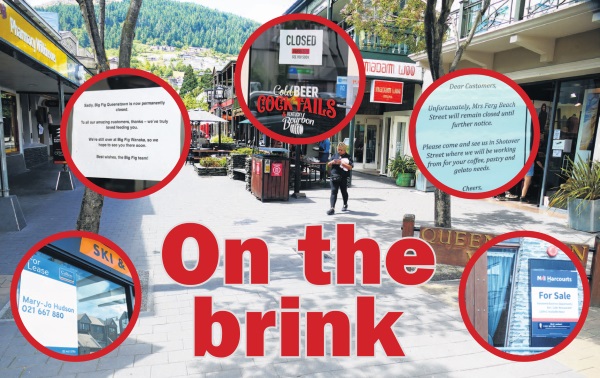 As one resort hotelier says occupancy is falling off a cliff, a major hotel is about to mothball indefinitely and another CBD hospo business has temporarily shuts its doors, community leaders are bracing for the worst impact yet from the global pandemic.

Put simply, businesses in the Queenstown Lakes, Te Anau/Fiordland and the West Coast are in desperate need of cashflow and, without it, there are fears the southern region — long used by ‘NZ Inc’ to market the country internationally, and responsible for major GDP injections to the national economy over many years — will end up as ghost towns.

Queenstown Mayor Jim Boult has been defending the Wakatipu, and its neighbouring tourism towns, for months against Kiwi vitriol, questioning why the area should be "singled out" for special treatment.

"We have contributed to NZ way above what would be expected of a small community, and now we need some help.

"For anybody who’s critical of Queenstown, OK, lots of parts of NZ have needed a hand in the past, now it’s our time. 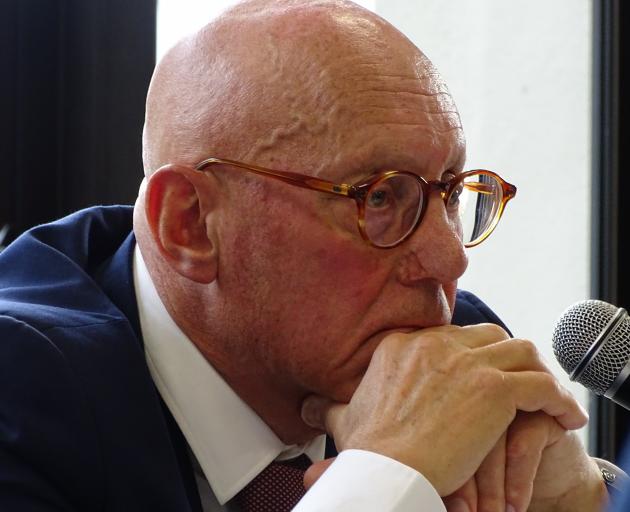 He’s been talking to Tourism Minister Stuart Nash - who’s expected to come to Queenstown next month to talk about the "dire" situation businesses are now in.

They’ve been "hanging on by the skin of their teeth", Boult says, doing "everything they can to stay alive".

"But the feedback I’m getting from a large number of business people around town now is they’re at the end of their tether and unless they had some confidence that we were going to get a tourism bubble with Australia, say, by April, there’s a high degree of concern for their ability to stay viable."

And that bubble is looking less and less likely.

Both Boult and Queenstown Chamber of Commerce chair Craig Douglas say they’d be surprised to see any trans-Tasman bubble by winter.

Boult: "I have raised the issue [with Nash] for the need for assistance for this part of the world and said, without the Australian bubble, the industry will need assistance.

"A decision, a way forward, is urgent.

"I’m not crying Henny Penny here and saying, ‘the sky’s going to fall in tomorrow’, but I’m saying we can see the cracks.

"Without some surety, operators will start to fail."

While few could argue many businesses had been successful for many years, Boult says regardless of "how fat your bank balance is", almost 12 months after the beginning of lockdown, cash reserves are all but gone for most.

Douglas says there was a "sugar rush" for many businesses last year during school holidays, but similar numbers didn’t eventuate, as hoped, over Christmas and New Year — not helped by torrential rain at the start of the year during the peak holiday period.

"Queenstown’s a town that survives on its reputation, so whatever ends up in the media is how people view the town.

"We want to sell the dream and [Destination Queenstown] is fabulous at presenting the dream, but the reality is, we’re really in trouble."

He says the "tragedy" of the situation is Queenstown businesses have survived till now on "a little bit of life support" from the government and "a lot of self-administered life support from their owners and shareholders".

"The businesses have shown incredible resilience to get this far, but there comes a time when the capital runs out and the businesses will close and they will fold.

"The fears we had some months ago are starting to eventuate."

Both believe a wage subsidy-type system for those areas reliant on tourism, and buckling under the stress of closed borders, should be given further consideration by government.

Queenstown community leaders are bracing for the worst impact yet from the global coronavirus pandemicy. Photo: Getty Images
Based on 2020’s wage subsidy extension, for which businesses had to show a 30% reduction in turnover to qualify, Boult says he thinks most businesses in town would qualify.

If the government can’t, or won’t, provide additional support, "the consequences will be pretty dire for this part of the world".

CBD businesses are on the edge

A veteran Queenstown retailer fears he’ll have to close his store by winter unless a travel bubble’s established, or the government brings back some kind of financial support.

Champions of the World owner Miles Wilson, operating in the resort since 1997, says 93% of his business’ revenue traditionally comes from overseas visitors.

With borders closed, his Rees St store is operating at 15% of normal revenue.

He doesn’t expect a trans-Tasman bubble until the second half of the year at the earliest, if at all.

Although he’s getting some support from his landlord, he says it’s only a "matter of time" before he’ll have to close down.

"I’m anticipating that by May or June, I may not be able to survive.

"There’ll be others in town who’ll probably be managing not too badly, and I think it’s quite varied, but there are certain categories — and unfortunately I’m part of that — who are very badly affected."

He says bringing back the wage subsidy would help, pointing out that business owners like him have paid huge amounts of GST and business tax over the years.

"No one owes us a living, but this is something that’s happened to us that’s absolutely beyond our control, and I think it’s not unreasonable for certain sectors to be given some assistance."

Nash, who is yet to confirm a date for his visit to Queenstown, says while some regions have been reporting their "busiest seasons ever", trends are "patchy" around NZ.

"For example, I have seen media reports that Wanaka has done well over summer, but that Queenstown has experienced low bookings.

"I have been in touch with the mayor of the Queenstown Lakes district several times over summer, and have discussed the pressures facing the town.

"I have also undertaken to visit Queenstown again soon …"

In the interim, Nash says the government is "investing heavily" in promoting domestic tourism, and direct support to tourism businesses to help drive the economic recovery and work to support and rebuild the sector "will remain ongoing".

What was tourism worth?

Stats NZ figures estimate tourism spending climbed to just under $42 billion in the year to March last year — just before the pandemic took hold — with about 42% of that by international visitors.

Of that number, tourists coming to Queenstown alone spent about $2.3b a year.