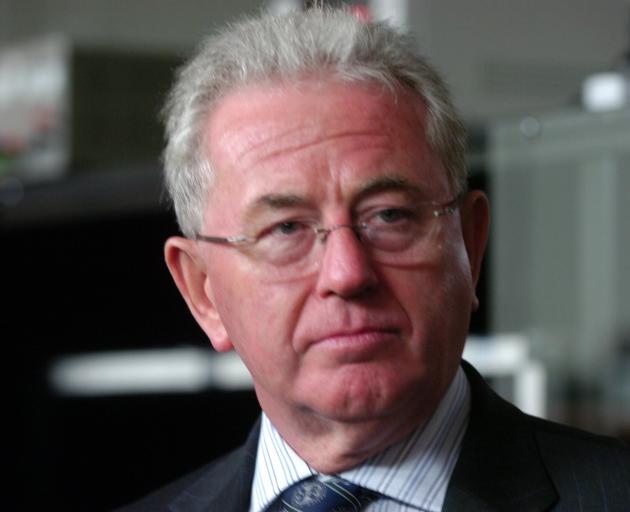 The former St Kilda and Dunedin South MP was 76.

London-born Sir Michael came to New Zealand with his family aged 10, and from 1971-81 worked as a lecturer at the University of Otago.

He joined the Castle St branch of the Labour Party in 1974, shortly before friend and future Cabinet colleague Pete Hodgson.

‘‘He was the chair and I was the secretary,’’ Mr Hodgson recalled.

‘‘He was a very mischievous man with a provocative sense of humour. I consider Michael to have been the home of centre left thought in New Zealand for several decades.

‘‘He was the intellectual leader as we came out of Rogernomics and he certainly helped Labour move beyond that ... he saw the economy in a rounded way, and he was intensely progressive in his thinking.

After serving on the party’s executive council Sir Michael was elected MP for St Kilda in 1981.

‘‘I inherited his office and his staff and his local parliamentary operation, which meant we always had quite a close relationship.

‘‘He was a very active electorate MP, he never regarded electorate work as a secondary task, and he had a deep belief in social justice and working toward that in everything that he did.’’

When Labour returned to the opposition benches he became finance spokesman and was a ringleader in a failed attempt to convince party leader Helen Clark to step down.

When Ms Clark was elected prime minister in 1999, Sir Michael became her loyal deputy and a leading figure during her nine years in power.

‘‘He had a powerful intellect and didn’t take any prisoners,’’ Mr Benson Pope, who was in Miss Clark’s Cabinet alongside Sir Michael, said.

‘‘There were some legendary moments in the House, when he excoriated people who deserved it. He made an extraordinary contribution to the country and to the Labour Party.’’

Although Sir Michael retired to the Bay of Plenty after quitting politics, he maintained close ties with Dunedin, and was in the city last year to campaign on behalf of its Labour candidates.

‘‘We thought he was perhaps too ill to campaign fully, and we therefore didn’t ask him to make any speeches, for fear of tiring him out. How wrong we were,’’ Taieri MP Ingrid Leary said.

‘‘He politely took the mic, then went on with full gusto to lambast National’s policies which he said would ultimately cost Dunedin public service jobs in the health and education sectors.

‘‘A photo of Sir Michael graces the walls of the iconic Dunedin South Labour rooms, and it is an honour and slightly daunting to be serving the same community that once had Sir Michael as its MP.’’

‘‘After his election we worked extremely closely together pursuing the greater interests of the city, and he was always very good to deal with.

‘‘He was a man of extraordinary intelligence, sharp-witted, and very perceptive on issues, and he had a permanent impact on broader New Zealand during his time as a cabinet minister.’’

‘‘I was one of 26 backbenchers and he was a busy man ... he was one of the sharpest and funniest debaters,’’ Mr Matthewson said.

‘‘He was eventually a very prudent minister of finance and we ended up with a very strong fiscal position, which was the opposite of how Labour used to be painted, and he left us in a very strong financial position.’’

Prime Minister Jacinda Ardern said Sir Michael had been a great friend to her and the Labour caucus.

‘‘Sir Michael was one of the most influential figures in New Zealand politics over the last 40 years. Intelligent, funny and kind, he left a significant legacy for the country,”

National leader Judith Collins also paid tribute to Sir Michael, saying he was a respected adversary and a man of absolute conviction.

“Sir Michael’s keen intellect, wit and vast expertise will be missed by us all, and our thoughts and condolences are with his family.”

Sir Michael is survived by his wife Anne, four children and eight grandchildren