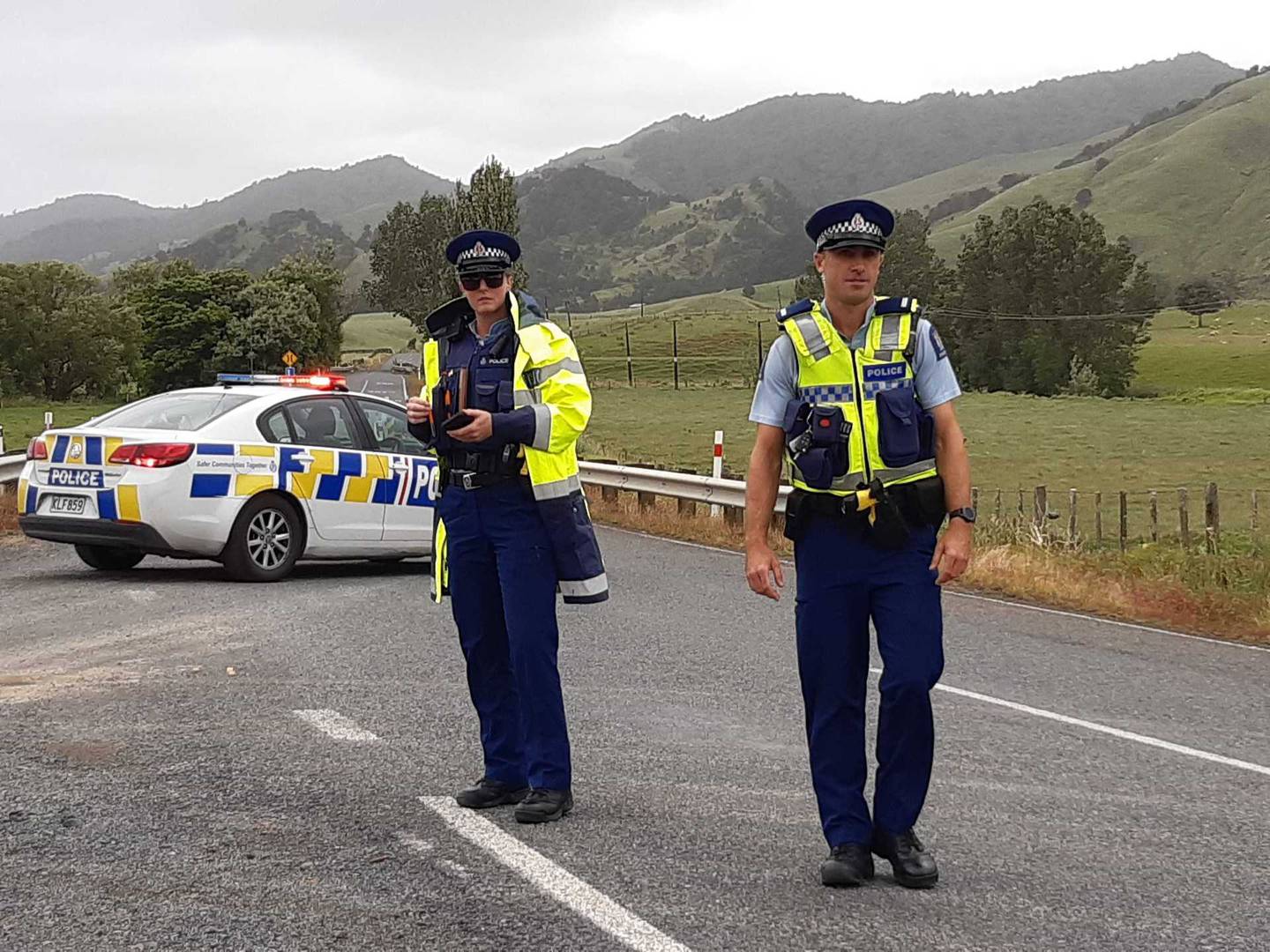 Police responded in force to the incident. Photo: NZ Herald
A man wanted by police was being chased through a paddock in a tiny Northland settlement when he opened fire on a police dog - and was shot by officers three times.

Superintendent Tony Hill told reporters this afternoon that a member of public reported seeing a suspicious person at 9.17am today at Tangowahine, between Dargaville and Whāngārei, on the northern Kaipara Harbour.

The man, sought by police on firearms and drugs charges, was shot by police and is in a stable condition in Auckland City Hospital after being flown there by Westpac Rescue helicopter.

An officer had also recognised the suspicious person as a person wanted on warrant, Hill said.

The police dog handler and his dog initially responded to the incident because they were near the scene, Hill said.

Once officers arrived, the man fled into a paddock. He then turned and fired at the police dog - with officers then returning fire and shooting the man three times, Hill said.

Police believed the dog was shot at least once. Medical tests would confirm how many times.

Police couldn't reveal the name of the police dog and Hill said the handler was shaken up.

The officers who shot the man would be supported by fellow staff and be involved in an investigation into the incident.

Hill would not reveal the ranks or names of the police officers involved in the shooting.

He also would not reveal details about the injuries or where the suspect was shot.

The Independent Police Conduct Authority had been notified.

The injured dog has been flown by the Northland Rescue Helicopter to Veterinary Specialist Group at Auckland's Unitec campus in Mt Albert, Auckland according to Stuff.

Police responded in force, with about 20 police cars seen racing down State Highway 14 from Whangarei to Tangowahine.

Police told Tangowahine School about the shooting but there was no need to put the school in lockdown, principal Huw Wainwright said.

Wainwright said classes continued as normal although the school would use its mailing list to tell parents what was happening.

Ian MacDonald, a beef and sheep farmer on Tangowahine Valley Rd, said an ambulance had gone past about 10.15am.

"It's terrible, shocking. Of course it's a worry. I have kids myself so you want to stay safe."

MacDonald has lived in the area all his life and said people were farmers who quietly went about their business.

"There was a tree that was blown over so they had clear that for police to go through."

This is the fourth incident in Northland involving police being shot at in the past few months. Others included a police dog handler's van shot at and another incident after a traffic stop.