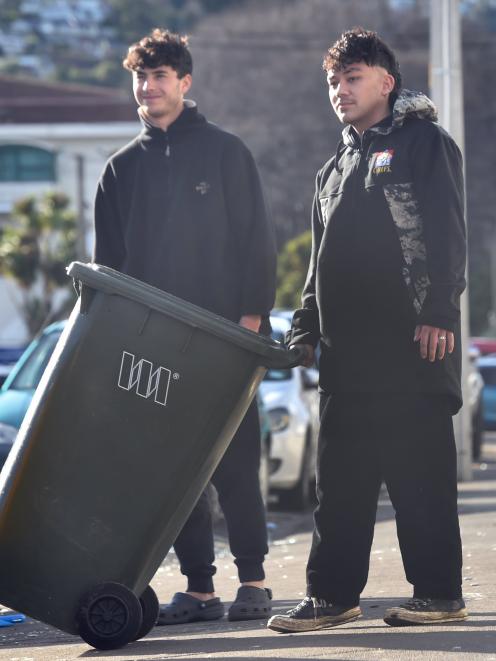 Students Taine Mason (left) and Amos Faaola (both 19) say they cut back on basics at their Castle St flat. PHOTOS: PETER MCINTOSH
Winter heating in a chilly flat consists of a pile of four blankets for 19-year-old Taine Mason.

The University of Otago student said making his weekly living cost loan go the distance required prioritising; the heat pump was used "once every blue moon" because of power costs.

This experience is far from unique, a People’s Inquiry into Student Wellbeing released yesterday indicates.

Two-thirds of students regularly do not have enough money to buy food, clothing, pay bills, get healthcare or other basics, the inquiry found.

The inquiry is based on the responses of 4593 tertiary students surveyed throughout the country, including 623 from the University of Otago.

"There is significant student financial hardship and distress caused by a mismatch between student income and the cost of living," the inquiry report stated.

"Student hardship and distress may be leading to poorer tertiary education outcomes."

Disabled, Maori and Pasifika students were most likely to struggle, the report found.

Those living in a shared flat spent an average of 56% of their weekly income on rent.

Mr Mason said rent at the Castle St flat where he lived was $195 per week, and the cost of power, food, Wi-Fi and gas were all rising.

Studylink living cost loans allow students to borrow up to $281.96 per week.

"It’s not much to be honest, especially if you’re not getting help from your parents."

The Government provided some students with a living cost allowance, but this was based on how much their parents earned.

"Some people don’t get help from their parents but they can’t qualify for a student allowance. I don’t think that’s fair."

Although they struggled with basics, he and his flatmates sometimes prioritised drinking, he said.

"We could spend our money on better things, but it’s not like we have much anyway." 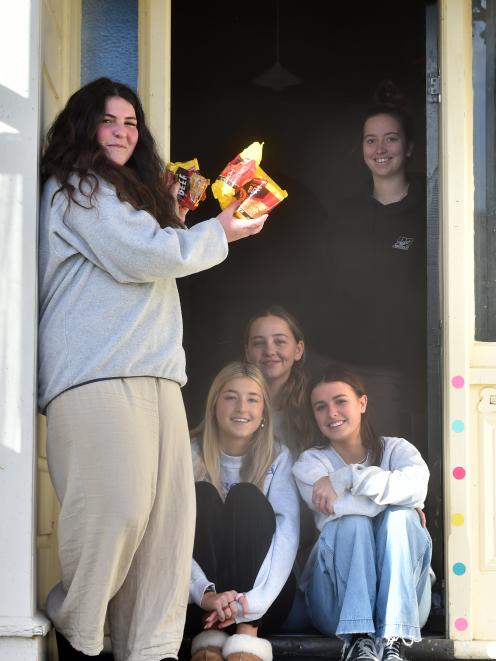 The cost of groceries limits flat dinner options for students (from left) Keita Elliot (19) , Ruby Gibson (19), Allegra Bruce (19), Sophie Haycock (19) and Kyla Brindle (20).
Without the stress living on a small amount of money created, he believed he would be able to achieve more academically.

Keita Elliot also said she and her flatmates struggled financially.

Rent was almost $200 per week, before power, internet and food costs were met.

"There’s not much left after paying for rent," the 19-year-old said.

"It’s easier to not go to the doctors or anything, just because it’s like an extra price."

Getting by on living cost loans, she was tempted to drop out and start working but did not want to waste the work she had put into her studies so far.

The inquiry found one in six students said their shared flat did not meet their needs but they could not afford to move to a better flat with a higher rent.

Two-thirds of students said they had not been able to pay for transport or the costs of a vehicle.

Sixty-nine percent of students also reported a decline in mental wellbeing during the Covid-19 pandemic, and some said this affected their studies.

"The people’s inquiry highlighted most of the common struggles our students face here in Dunedin, especially the financial hardships," she said.

"We really need to have our people in power hear these concerns and react with some tangible actions."