There are six new cases of Covid-19 - five of them from India - in managed isolation, the Ministry of Health says.

There are no new community cases after yesterday's announcement that an MIQ security guard had tested positive.

Ten close contacts of the Grand Millennium worker have been identified, the ministry said. All have been contacted and are self isolating.

Five have returned negative test results and others are still waiting on results.

Five of today's cases came from India via the United Arab Emirates. One person came from the Philippines via Singapore. The Government has already announced a travel ban from India as the country battles a surge in Covid cases.

The seven-day rolling average of new cases detected at the boarder is now eight.

The total number of confirmed cases is 2205.

Director general of health Ashley Bloomfield yesterday announced the 24-year old Grand Millennium worker, who was tested on Tuesday, had returned a positive result. The man reported having a sore throat for four days.

Readings from an initial PCR test suggested the man could be either early on in his infection, nearing the end, or have a historical case.

However, a second test yesterday confirmed it was a current case.

The man lives alone and test results from four members of an adjoining household were all negative. A colleague who often drove the security guard to and from work also tested negative.

No locations of interest had yet been identified, and the Ministry of Health said the risk to the wider community was low.

The infected worker had not yet been vaccinated and it was understood the man had missed two appointments to get the jab for personal reasons, the ministry said. Further information was being sought from his employer.

As part of the follow-up actions in response to the case, the testing frequency for staff in the Grand Millennium was increased to weekly for the next fortnight. 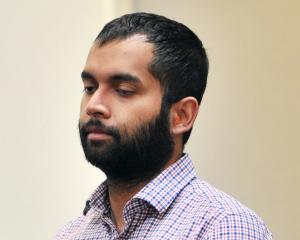