Cultivating a long career with trees 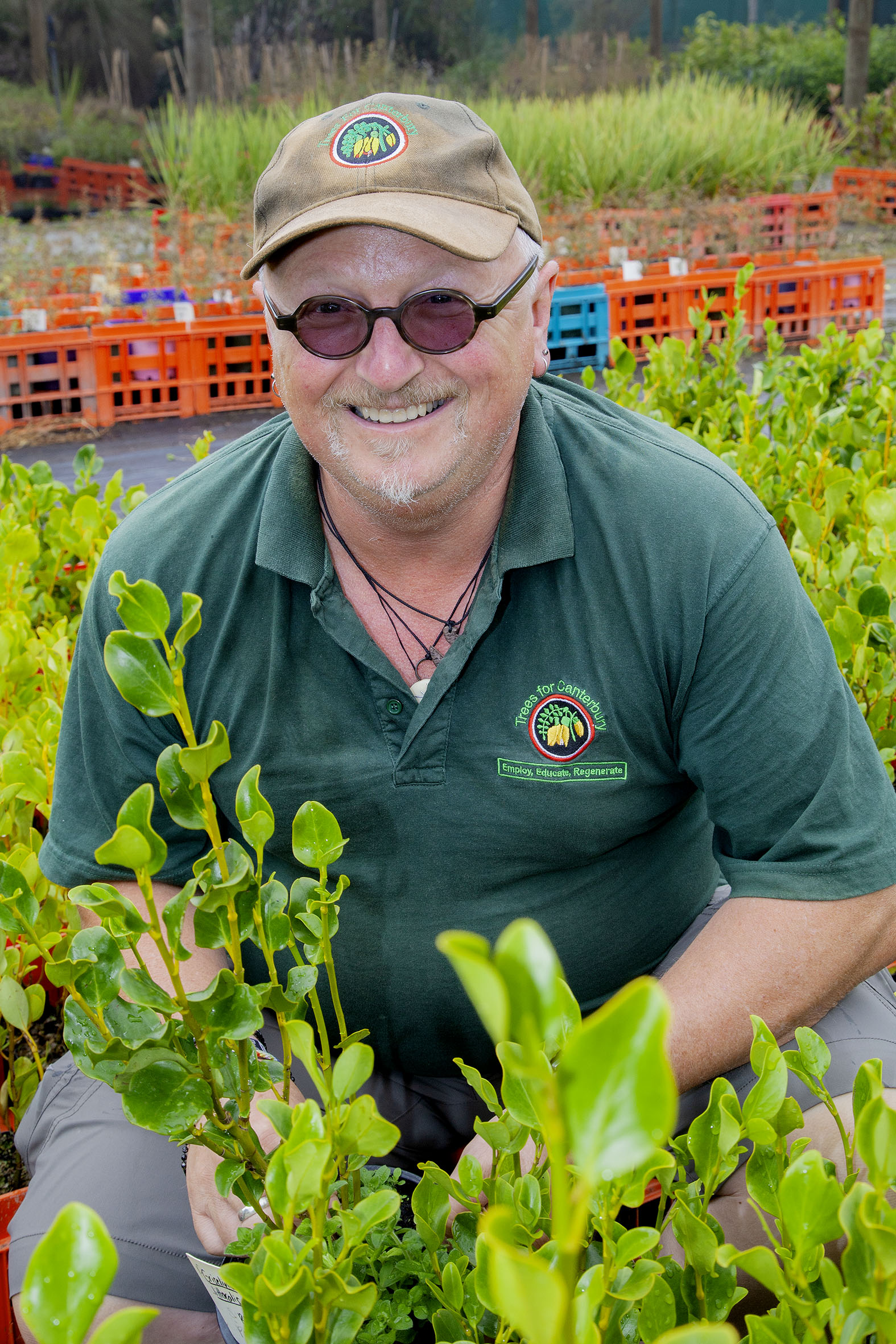 Steve Bush. Photo: Geoff Sloan
Steve Bush started working at Trees for Canterbury nearly 30 years ago. More than a million trees have been planted in that time. Having just been recognised in the recent New Year Honours list, he speaks to Sophie Cornish.


What is your favourite plant of all time?

Oh gosh, that is tough. Maybe the mighty kahikatea, I think it represents so much, especially of Christchurch. You look at Riccarton Bush, the big tall trees there.

The kahikatea lives for 1000 years and grows 60m tall. As it grows it changes shape just like we do. It goes through a juvenile stage and then it grows through another stage and becomes a little bit more attractive, a little bit like me. Then when it is mature at 750 years of age, it is this regal plant that stands tall above the forest. It is New Zealand’s tallest tree.

What are some of the biggest mistakes people in Christchurch are making when it comes to planting?

It’s my life ambition to sell a cabbage tree to everyone. Cabbage trees are one of the most hated native plants out there. The most commented reason is, the leaves go everywhere, they get stuck in the lawnmower. A simple thing is, you just have to pick them up. I’ve watched people rake their leaves off camellia flowers and oak trees and put them in a green bin, yet they moan about picking up the cabbage tree leaves. They are much easier to pick up and they have so many purposes.

If you have a log burner you never had to cut kindling again, all summer long you just knot them into knots and have beautiful kindling, you don’t even need paper to get the fire going.

Instead of going out and buying expensive ties for your roses or tomato plants, use a cabbage tree leaf. No longer do you need to steal the next-door neighbour’s stockings to tie the roses up.

Environmentally, the cabbage tree provides food for the birds for nine months of the year. They are just a fantastic plant.

Tell me about your family? Are you married?

I am married. I got married twice to the same woman. We got married when we were young. I was 25 and then, unfortunately, her mother passed away and we went through a period, weren’t happy, separated and got divorced legally.

Then I decided I didn’t want to have children so I set out to make sure I wasn’t able to have children. And then, 15 years after we divorced she popped into the nursery with her daughter and was single at that stage. I invited her round for a cup of coffee and she came round and we played pool and enjoyed ourselves.

We got married 18 years to the day after we originally got married. Same time as well.

For someone that didn’t want children, I now have a lovely daughter, who is 19. She was three when I met her. Being able to watch her grow, she’s amazing. She wants to get into medical imaging, that’s her ambition in life. She likes the idea of being able to help. Then I got diagnosed a couple of years ago with prostate cancer, that was a bit of a setback.

But once again, family, friends, and all of the volunteers, they got me through quite a wicked year.

How is your health now?

Well, I’m alive, I wake up everyday breathing so that’s a good sign. I haven’t got anything to say that I’m remission yet but we just cross each bridge as it comes.

Other than Trees for Canterbury, what do you like doing?

I love mountain biking. It’s taken me places in New Zealand that I would have never gone otherwise. I like beer, that sounds odd but I do. But only good quality beer. To me, Christchurch has some excellent brewers.

So it’s biking, beer, my family and friends and Trees for Canterbury. They are my life. I have had to give up biking because of the prostate issues that arose but my favourite places in Christchurch were Greenwood Park and Captain Thomas Track.

If you weren’t doing this job what would you be doing?

Going crazy for sure. I honestly couldn’t imagine doing any other job. Every day brings something new, a new challenge, a new goal. It’s wonderful.

Do you ever get jokes about your last name being Bush and working with plants?

Nearly every day. Every time I go out and get introduced, I say I was born into it. Sometimes I say well my mum’s name was better, she was Ivy Rose and she became a Bush.

How did Trees for Canterbury start - and why?

It was started by a man named Tim Jenkins and he’s now Dr Tim Jenkins, he was at university at the time. I had been unemployed for a couple of years and one day I got called into the Work and Income offices.

The guy talked to me in real-time like a normal human being, I remember him so well.

He re-looked at the way I was looking at employment and instead of being so narrow focus, we look at a lot of issues and areas and he showed me I had a large range of skills.

Up on the work board, there was this position advertised for someone with plant skills, stock control and staff control. I had no plant knowledge whatsoever. I thought two out of three ain’t bad and applied for it.

The Trust at the time gave me the opportunity and I started here on April 4th 1992, for six months. The Trust had a bit more confidence in me and kept me going and here I am today, working in the longest six months I’ve ever had in my life. 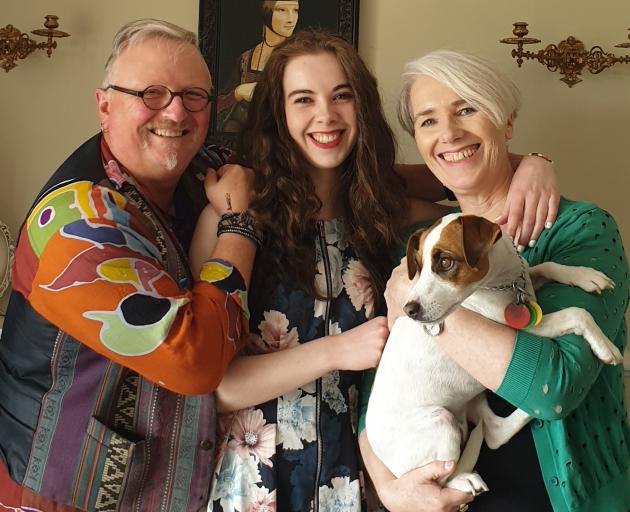 That must have been hard being unemployed for that long?

I applied for close to 150 jobs in the first year of unemployment. I got turned down because I was too young, too old, too experienced, not enough experience.

In real terms back then unemployment was so high, they could cream the crop. I gave up searching.

The next year I didn’t do a lot, I must have been about 30-years-old. Before I became unemployed, I use to pay someone to mow my lawns and weed my gardens for me. Walking in the bush was the closest I ever got to a native plant. So coming here was life-changing in so many different ways.

So where did your passion for plants come from?

I did tramp in different places and loved being out in the bush. Working with plants was not something I had ever considered in my life really. When I came here you start to learn things, just working among the plants gives you a nice feeling.

You start learning things about the environment, how little of Canterbury’s native bush exists or the remnants of it, it was also the people I work alongside.

As I learnt, the passion just grew. It’s no longer a job, it hasn’t been for many years, it’s a place I come to that I don’t mind getting up in the morning and going to work. It’s a great place.

So did you grow up Christchurch?

Born and bred. I have moved away three times but for never more than six months. It was great growing up in Christchurch, I come from the eastern suburbs.

The educators at the time didn’t have an approach that suited me. When I asked why I was learning a + b = c, I was told to be quiet. A few years after that I learnt why you do need to know a little bit of algebra, I was working in a warehouse and trying to work out the circumference of something. All of a sudden a light bulb shone in my head.

Now when I go out and promote in schools, I encourage the kids to stay in school to age 25.