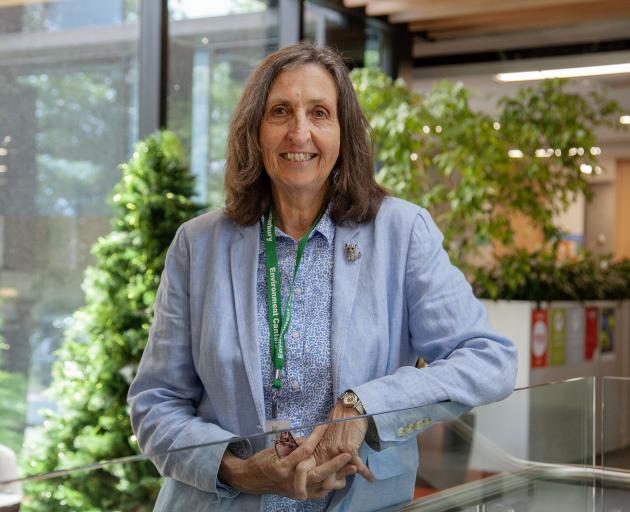 Jenny Hughey. Photo: Geoff Sloan
Jenny Hughey is the newly-elected Environment Canterbury chairwoman. Louis Day finds out who she is and what she brings to the role.

What were you doing before you were elected chairwoman?
I worked for the Christchurch City Council for 11 years. I went there primarily to work in community governance and I ended up being the head of governance community and partnerships. I loved it there. I particularly loved working with the elected members around community issues and getting things done. I have also had a private company where I did human rights work in a lot of different jurisdictions especially around bullying, racism and harassment. I started out as a primary school teacher, then I worked for the teacher’s union movement in Australia and then I have worked in the human rights commission and then I have worked for a lot of local government organisations both in Australia and New Zealand.

What expertise do you think you bring to this role?
Well, primarily I bring negotiation, mediation and people skills. Also skills about working with the community and a sense of engagement also just being a genuine person. I enjoy talking about life experiences and just exploring issues because there are always two sides to a story. I am very positive and I seek positive outcomes.

Tell our readers about your family.
I have two daughters, one is a community librarian and one is an environmental lawyer. I also have a husband who I have been with for 45 years, we met at the University of Canterbury. We weren’t in the same class or anything, we met through mutual friends. We are a vegan family, we are all vegan. My husband and I have been vegetarian since our early 20s and about six years ago we all converted to being vegan and that is for considerations of health and well-being but also planetary considerations because it is good for people to be living on a plant-based diet and eating grains and wholemeal foods. We have always been a family that has tried to buy our food in bulk and avoid plastic bags and stuff like that we have been very environmentally-conscious. Walking the talk is very important for me.

What are your hobbies?
We ride horses and we have horses. We are very big for the pony club movement I have been very involved in the pony club and we help run the pony club in Belfast. My whole family has been involved in that. I have always been very involved in the community. For the last 30 years I have been a community volunteer. At the moment I am the volunteer national co-chair of community law centres in New Zealand and that is about bringing justice to people who have unmet legal needs. I have just stepped down from the Canterbury Community Law Centre and now I am a board member at the Canterbury Community Law Centre. 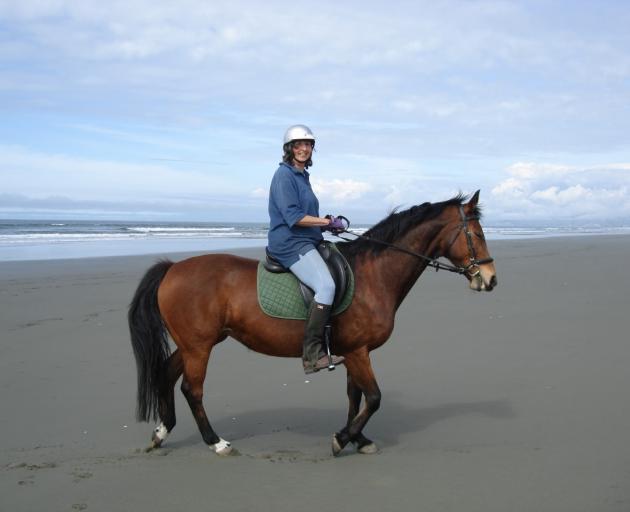 Jenny Hughey is involved in a pony club. Photo:Supplied
Lianne Daziel is leading the city council and you are leading ECan, how significant do you think this is?
It is really significant for me to have two female leaders, but more significant is that half the councillors elected to this council are female and this is the first time for ECan this has happened and that is very exciting. The other exciting
thing about that is that we have a range of ages. We have people in their 20s their 30s and their 40s elected to the council and a range of different qualifications, people with science, ecology and geology backgrounds but also farming backgrounds. It is a really good mix group of people to have discussions around the issues that affect Canterbury.

Dead or alive, who would you want to sit down and have a drink with?
Probably Hillary Clinton. I really admire Hillary because she is a leading woman and she is prepared to stand to be the president of America against all odds. It is very difficult for women to get into those positions and we need to have leaders who try to break the barriers and get there so we have a more equal society.

What made you want to run for ECan?
My main motivation was around changes in our climate and changes in our environment. I have seen, for example, slime in the rivers and changes to water conditions that you read about in the news. I was just wanting to reach out and make change around using the skills I have already developed in my life and work with other people to try and do something for the kids.

Do you think we are in a climate emergency?
Yes I do, I believe we should listen to the science. The scientists are telling us at a planetary level we are in a climate emergency and we need to be taking action to reduce our carbon emissions and change the way the planet is heading. We are at a time in history which we shouldn’t let pass. The scientists are telling us we need to do things and we should listen. One of the issues for me, is that I believe the culture. Most people want to do something about climate change and the surveys are showing that but unfortunately, our culture is ahead of the law which doesn’t happen very often. The law should be a reflection of the culture and at the moment our culture clearly in New Zealand says we want to do something about climate change. Sometimes it takes a while for our law to catch up but we can all do tree planting. We don’t need the law to do that, we can all think about having one vegetarian meal a week, we can all pick up rubbish, we can all make sure at home we are growing our own vegetables if we have got the room, we can all recycle our rubbish at home and don’t throw it out on the road. We can all do small things, can’t we?

Have you attended any climate change protests?
I have attended a lot of public rallies. I attended the extinction rebellion-led ones in the middle of the city and also the rallies that were focusing on off-shore oil drilling. I believe in democracy and one of the ways change happens is for people to express themselves and I believe in the right for people to express themselves publicly.

How will ECan be responding to the climate emergency under your leadership?
So already during the last term the councillors were then working on climate change. This time we are really interested in focusing on climate change as one of our leading portfolio groups and the portfolio group will look at pushing the whole organisation extending the tree planting efforts. So that will be like a nature-based response, that will be one of the first cabs off the rank. Then we will be looking at lots of other strategies but we will be listening to the experts and to the staff and embedding that. ECan has solar panels on the roof, ECan is exploring electric vehicles, ECan is recycling, ECan has got lots of people riding to work, our bike shed is huge. We have just got a programme where we are offering a loan provision to staff to hire electric bikes. So there is lots of good things happening internally.

Would you say ECan councillors are concerned by climate change?
Everybody on this council is very concerned about climate change and most people are very concerned to want the best future for our grandchildren. It is a really solid group and everybody wants to work with the urban and rural communities to find solutions. If you want solutions, the community has to generate those solutions and get involved so I am very keen for ECan to be reaching to engage with the community and get ideas from the community because really the way forward is not just one person’s idea, the more ideas the better.

If you are concerned about the environment and climate change, how do you travel to work?
I currently carpool to work with my daughter but I am thinking about buying an electric vehicle.