Hanging up the baton after 30 years 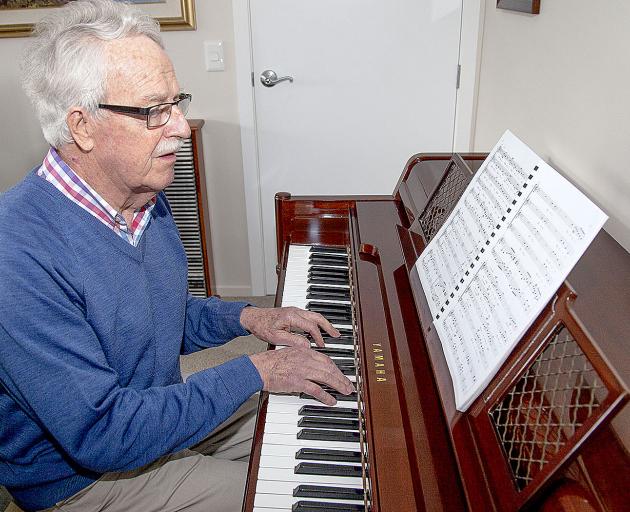 When and how did your passion for music begin?

When I was very young, as children we were surrounded by music. One of my earliest memories of participating in music was singing as an eight-year-old in the Hastings Primary School’s choir festival. It felt awesome I was one of several hundred children all singing our hearts out in the Hastings Municipal Theatre. It was great.

At what age did you realise you wanted to become a conductor?

I was probably in my 20s when I was teaching in Gisborne and was involved in the resurrection of a schools music festival. It was very rewarding. Just getting a response from the kids and making them feel good, I really saw kids come out of their shell.

When did you become a conductor?

What is the role of the conductor?

I suppose it is to mould multiple voices into one sound so that with a choir instead of having 20 soloists you have one lovely blend of voices. It’s to help the singers interpret the words of the song so that the audience can actually understand the story they are trying to put across.

What is the biggest choir you have ever conducted?

Six thousand children, that was back in the year 2000 when we did a recording for Praise Be for TVNZ in what was the old Westpac stadium. It was quite challenging conducting them all at once, but it was very rewarding. We sang about 14 songs. I have conducted school, church and community choirs, I have conducted a choir in India would you believe? It was a youth convention. Interestingly, I had a message on Facebook this week from one of the kids saying I can remember you as a young man leading us in that choir.

How has music made a difference in your life?

I love music, if I don’t have access to music I just feel like life is just not as fulfilling as it can be. I see it as a healer of wounds. Let me put it this way about three weeks ago I was feeling pretty depressed and I woke up on a Sunday morning going: ‘Oh boy do I have to take the church choir this morning,’ and when they sang it just lifted my spirits and after hearing them sing I just felt so much better.

What has music taught you?

Perhaps an experience I had in Finland, when I was attending an international music conference. There were youth choirs from all over the world and on the final night of the conference, which ran for a week, I think there were 10 choirs spread right across this huge auditorium and just close to us there were two choirs one was from Norway and the other choir was an African-American choir and they just mingled together and they sang a song that bought tears to the eyes of people in the audience. That talked about bringing various cultures together, it just brought them together as one, like the keys on a piano. It taught me that under the skin we are all the same, we all bleed and have our emotions, we are people.

What training does someone have to go through to become a conductor?

For me, a lot of it was self-taught just watching other conductors at work. I had an occasion to attend a summer workshop with a leading English conductor, this is going back probably 15 years ago, and to have him to confirm with me that I was doing the right thing felt very affirming. There are university courses where people could study conducting but I felt I was too old to go back to school.

What do you make of the state of music today, the kind of music that teenagers are listening to?

I find if a song has got a tune to it and I can hear the words then I can identify with it, I think of songs like you raise me up that was a popular song not so long ago, that’s a song that has a lot of value to it and will for years to come. I’m not a hip-hop fan because there is so little tune to it and I can never hear the words and never make sense of them and sometimes the language they use leaves me a bit cold. I don’t think I could ever conduct a hip-hop artist. However, I think they do have a certain artistic flair that does appeal to some people but they would never be part of a choir.

What was the worst thing to happen to you during a live performance?

Not so much on the conducting side, but I was in a number of stage musicals and the worst thing that happened there was I forgot my words. So I winged it and I made the words up, I don’t think the audience noticed but the cast definitely did.

Do you ever get nervous before shows?

Yes, I must admit the adrenalin still pumps away and I just say: ‘Calm down,’ but it keeps me on my toes, it means that I don’t get complacent about what I’m doing.

Have you ever told someone they had no future in singing?

No, but I have come very close to it. Fortunately, there have only been two occasions where I have thought: ‘Oh what is this person doing here.’ Fortunately they have got the message and just quietly left.

How would you describe your conducting style?

I was brought up in Hawkes Bay I went to primary school in Hastings and for secondary school I went to Napier Boys’ High. I moved to Christchurch around 30 years ago.

What did you get in trouble for at school?

Not doing my maths homework. I would get a really sore tail after it when getting the cane, it happened only twice in my five years in high school. Our maths teacher was a nasty piece of work, I won’t name him but he was a bad lot, very sadistic. He would throw books around the classroom and he would shout.

How are you feeling going into your final performance?

I suppose there is a touch of sadness but at the same time, how can I put it, in a sense, there is an essence of relief knowing that I think I have done my job well and I can end with a sense of achievement.

Murray Lennox will conduct his last major work when the All Souls Parish Choir perfrom Requiem 9/11. On this occasion, the choir will be accompanied by Paul Brown at the organ, and with guest artists, Apollo Strings. Matthew Harris will sing the baritone solos and the treble passages will be sung by a group of choristers from Medbury Preparatory School. Tickets can be purchased at the door and cost $10.