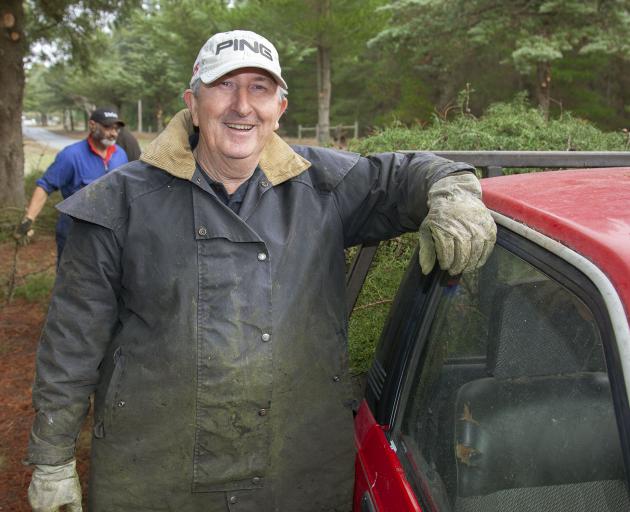 David Harvey has been enjoying his golf since retiring from a 40-year police career and is men’s club captain and a volunteer at Coringa Golf Club, Mcleans Island. Photo: Geoff Sloan
David Harvey served 40 years in the police, retiring in 2017. He was made a member of the New Zealand Order of Merit as part of this year’s Queen’s Birthday Honours. Matt Slaughter talks to the former detective senior sergeant about his time in the police and what he has been up to since retiring.

When did you join the police and what was it like back then?
I joined in 1977 as an 18-year-old and immediately was confronted with the reality of dealing with people whose life experiences were well outside mine at that stage. By that I mean [I was] having to deal with domestic violence within relationships [which] I found a real challenge considering the age difference for whom we were and the way that, historically, domestic violence was dealt with. The reality that domestic violence, sexual violence and violence in the family are much more higher on the priorities, which, to me, is so much better than it used to be, creating pathways for people to have happier lives and [have] happier resolutions.

What are some of the most memorable moments you had during your time in the police?
The honour that I have received, I have to put it down to the fact that I’ve worked within and with so many motivated investigators. So, there are many investigations where there have been highlights as a result of it but all those are team results. Challenging investigations would be the Ben Smart and Olivia Hope [disappearance] investigation because of the enormity of the investigation that was required [and] the reality of the number of people that had to be spoken to complete the investigation and have many of those people available to give evidence at the trial.

Are there any other memories that stick out to you?
I suppose, for me, police work’s not about me, you know. Memorable times was having the victim, family or group of people who had suffered from trauma able to talk of how they felt the investigation of the special process went well for them. You know, you feel that you’ve done something good for people and I don’t want to highlight any particular individuals, but that’s a positive for me. 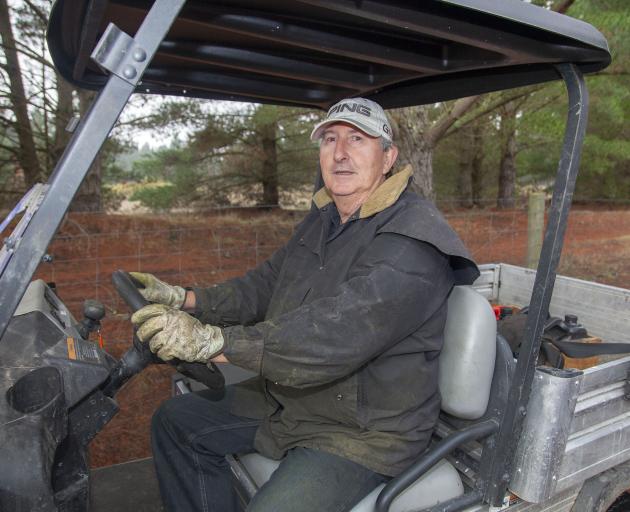 Dave Harvey. Photo: Geoff Sloan
What roles did you fill during your time in the police?
Principally, I’ve always been in Canterbury. I suppose, for me, I spent many years as a detective senior sergeant within the Christchurch city area and over that time, there were a number of homicides centred around the ladies of the night and I was fortunate to work with a group of like-minded people who wanted to change the susceptibility for those people becoming victims.

What does it mean to you to have been made a member of the New Zealand Order of Merit?
It was a great surprise and an honour. [I] hope that we may have changed some of the things to make victims feel happier with the police performance, and victims, of course, also include family members and everyone else as you go along that pathway.

What have you been up to since retiring in 2017?
I’ve gone back to work to help them out a couple of times and most recently, I’ve helped out within the Operation Dean family liaison team working within the communities associated with both Al Noor and the Linwood mosques. I found that a very rewarding opportunity, working again with a motivated group of people who were trying to help the community bring themselves out of the grief and tragedy that had happened. I play a bit of golf. I do a lot of cycling and try to keep myself relatively active when the weather’s right. I’m hopefully active within my family, so it’s great. I have three grandchildren and two children.

How much of a role did your family play in supporting you throughout your career?
A tremendous role. I don’t know whether to use the word good fortune, but I was away on many investigations out of Christchurch and my wife Sharon and family had to help out with our children Brooke and Scott. So, you know, if I use the example of Operation Tam, which is Ben [Smart] and Olivia [Hope], I was away for four months, if not longer.

Tell me about your golf game and what you like about the sport?
I have this awful philosophy that you have to enjoy things while you’re able to, and golf is one of those individual sports, yet it’s so important to enjoy the opportunity of being able to play. As you become older, the need for company and exercise is so important. So yes, I enjoy both the company [and] I enjoy the pressure that goes with the game even though my game can’t take the pressure. I’m the club captain at Coringa [Golf Club], so I’ve been involved within the club for 20 years now and I’ve played it much longer than that.

What is your golf handicap?
It fluctuates, it’s around about eight.

What is the most memorable thing that has ever happened to you on a golf course?
We were playing at St Andrew’s and [had] two holes to play and I could see the weather coming in from the sea and I was playing with two Scottish guys. One of them took his jersey off and had his umbrella out. I said why are you doing that? He said: ‘Well, you want to have a dry, warm jersey when you go into the clubrooms.’ Thunder and lightning and rain hit as we got to the 18th tee block and I thought I was going to die on the course. I would have been happy to die . . . in my happy place

If you could play a round with one golfer dead or alive, who would it be?
Tiger Woods just because of his stickability and guts. You have to be. You’ve got to have stickability, it’s one of the hugely important things in life.