Volunteer fire chief urging others to step up 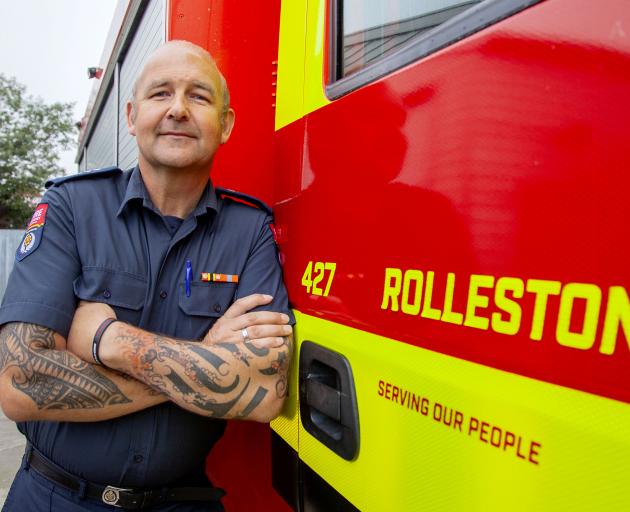 Are there any call-outs that have stuck with you?

The one that really stands out is this time we got called to a cardiac arrest, it was only about a year ago. It ended up being a 26-week-old gestational baby. The mother had given birth far too early. The baby could have fitted in my hand but ended up surviving and being completely healthy. I went to the Port Hills fires, I’ve done the Dunsandel fires but they are just fires and you do what you do, but that baby that survived, that stood out. We actually met the parents a few months later. It’s those moments when you’re helping people that mean more. Those kinds of call-outs where you make a real difference in people’s lives.

How did you get involved in firefighting?

I learned to be a volunteer at Rolleston where I was living. You had to be 16, so the day I turned 16 I went down and I spoke to the chief at the time and he said to come back in a couple of weeks, so I did. He was trying to make sure I was keen and that just kicked it off. I was in. I was still at Lincoln High School at the time. By year 12, I was one of the founding members to start the Students Against Drink Driving. I remember my first fatal call-out was for a drunk driver, so I have always been against it. I ended up going into the army in 1991 as a firefighter and did 13 years there. I got to the rank of sergeant. During that time I was still coming back to Rolleston as well, so I was volunteering at the same time I was in the army. I left the army and got a job at the Christchurch Airport fire service. I had to start at the bottom again and went through the ranks there. I’m currently a shift manager at the airport.

How did you become the chief fire officer at Rolleston?

Basically, I joined and worked my way up through the ranks. Then when Nigel Lilley stood down as chief, they accepted applications and I was the lucky one who got it. I was a station officer at the time.

Do you enjoy being the chief?

I actually love it. It’s a challenge because it is a lot busier than just putting out fires and things like that. There’s a lot of admin to do as well, it’s all about driving the brigade and taking it forward. 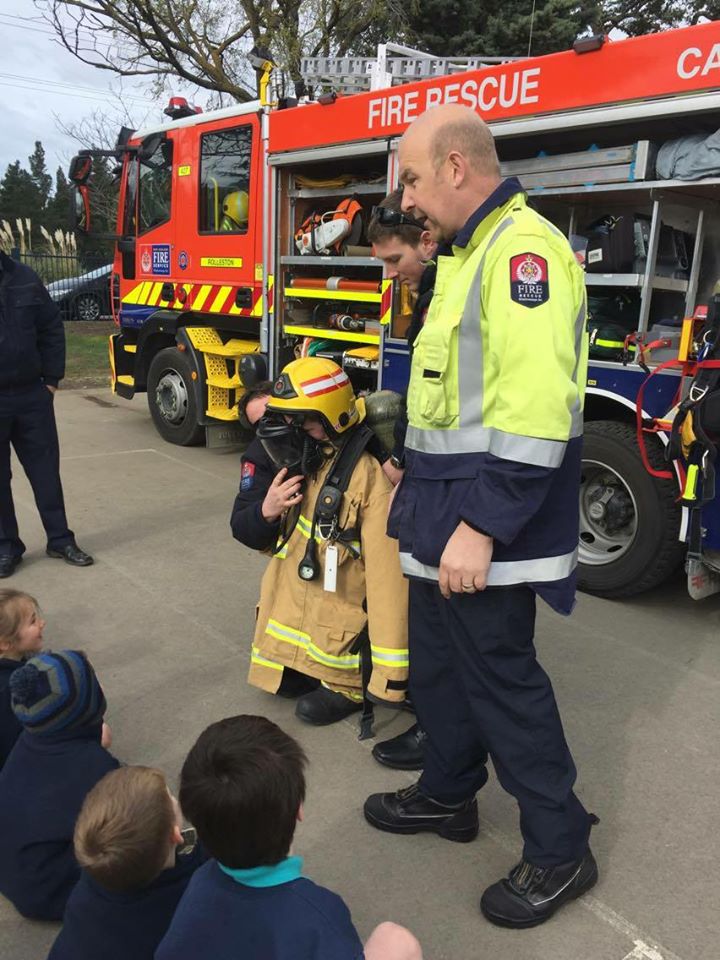 Cam Kenyon with Weedons School pupils helping them complete their fire-wise programme. Photo: Supplied
What keeps you going with the brigade?

I love it. There’s something about just going out and helping the people and also training or mentoring, especially when we go to schools and kindergartens. The kids are our future for the brigade, you know, I’m not going to be around forever and we need people to come through and take over and have the same passions. I can’t say I’ve ever had a moment when I’ve said I don’t want to do it anymore or I’ve had enough. Every brigade in the district could do with more volunteers, not just Rolleston, so if anyone is interested, go down to your local station and put your hand up.

Do you have any plans to stop volunteer firefighting?

Ever since I was a kid I wanted to be a fireman. I think the day I lose the passion I’ll give it up and retire but I can’t see that happening any time soon.

Can you tell me about your other volunteer work?

I was a volunteer ambulance officer for two years in the mid-2000s, I really enjoyed that. I volunteered at the Waitaha Learning Centre, now Waitaha School, when it was in Templeton helping children with special needs. I just love to volunteer. If anyone feels like volunteering and helping out, whether it be the fire brigade or any organisation, they should do it. It’s about giving back to the people and to the community. I would highly recommend it because it comes with such a sense of achievement, it’s extremely rewarding.

How long have you lived in Selwyn?

My family and I moved to Rolleston in 1986. I spent about three years here then went away for three years and then came back. I’ve probably spent about seven years out here all together.

The fire brigade - just kidding, I would have to say the people. When I first started there were six or seven streets and the growth has been unbelievable but you still feel like you are a part of this small town. My wife hates it because every time we go shopping I always run into someone I know and will want to have a chat with.

I have a wife Raewyn, she is my biggest supporter. When I went for the chief job she was behind me 100 per cent, she has been there for me through everything. Between us, we have five children. I have got three, a daughter and two sons, who are all grown up and working, and then Raewyn's got two boys, so I have two stepsons. They are all grown up and working as well and, of course, my one granddaughter - she is the best.