Co-driver's WRC dream gets a boost 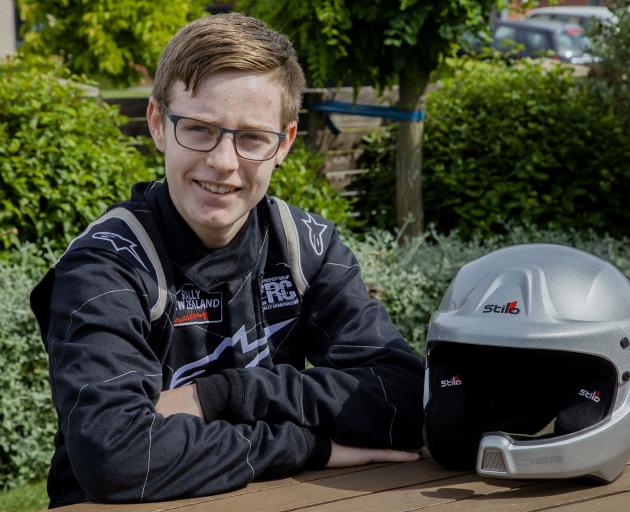 Jared Hudson, 15, will co-drive in one of New Zealand's top cars next year. Photo: Geoff Sloan
At just 15, Christchurch co-driver Jared Hudson has scored a ride which will put him among the top contenders for the New Zealand Rally Championship.

Next year the young pace note caller will sit alongside Phil Campbell in his Ford Fiesta AP4.

After hearing Campbell’s former co-driver was moving on Jared approached Campbell and said he would be keen to be considered.

Now he’s preparing to help Campbell get his championship campaign off to the best possible start at the Otago Rally in April.

For the past two championships Jared has learned his craft writing and calling notes for Blenheim driver David Taylor in a Honda Civic in 2018 and Mitsubishi Lancer Evo VII this year.

The Papanui High School student admits even he didn’t expect his pathway in the sport to accelerate as quickly as it has.

“It wasn’t necessarily the plan to be competing in the top category this early on, but it’s a great opportunity, so I’m grateful for it,” he said.

This year Campbell finished fourth at Rally Otago and Rally Canterbury. He also looked odds-on to win Rally Waitomo before being forced to retire on the final stage of the event.

Jared has already had the chance to ride with Tauranga-based Campbell at a recent rally sprint and says the pace the duo will be doing next year is a step-up.

“It was the commitment in the corners that was the biggest difference, Phil was 100 per cent absolutely committed to every single corner.

"With the added pace there is some added G-forces on your body, but it’s just about getting into a good rhythm and giving your driver every piece of information they need,” Jared said. 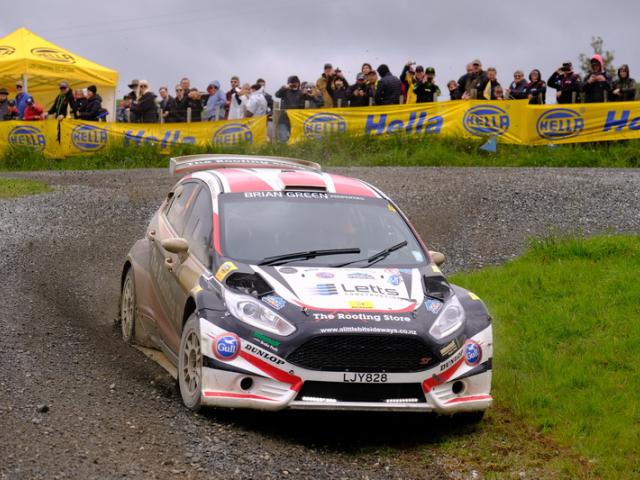 Next year Jared Hudson will call pace notes for Phil Campbell in his Ford Fiesta AP4. Photo: Supplied
Going at even quicker pace is what Jared will have to become accustomed to as well in his bid to accomplish the goal of co-driving professionally.

“I would like to go all the way. I want to go to the WRC. Whether that is achievable is anyone’s guess, but that’s how far I want to go.

In 2018, Jared was believed to have become one of the world’s youngest rally winners when he co-drove Matt Summerfield to victory at the Westland Rally.

The pair finishing just 4.5sec ahead of Darren Galbraith’s car which was being co-driven by Jared’s father Rocky Hudson.

Jared comes from a family of co-drivers. His parent’s Rocky and Lisa met through the sport.

Lisa co-drove for Rocky during the 1990s before he gave up driving due to the high costs associated with rallying and the pair starting a family.

However, they weren’t done with the sport. Rocky traded in the driver’s seat for pace notes and since 2001 he has ridden shotgun with some of the country’s top drivers, including Andrew Hawkeswood, Mark Tapper and Dean Buist.

Jared’s sister Amy also took up co-driving in 2014 and became the youngest co-driver to win a national title at just 16 when she won the NZ 2WD championship with Dylan Thompson in 2017.

Last year the pair finished third in the championship overall, but next year Jared is aiming to have the top bragging rights in the family.

“It is certainly the first time that I’ve probably been the favourite in the family battle.”