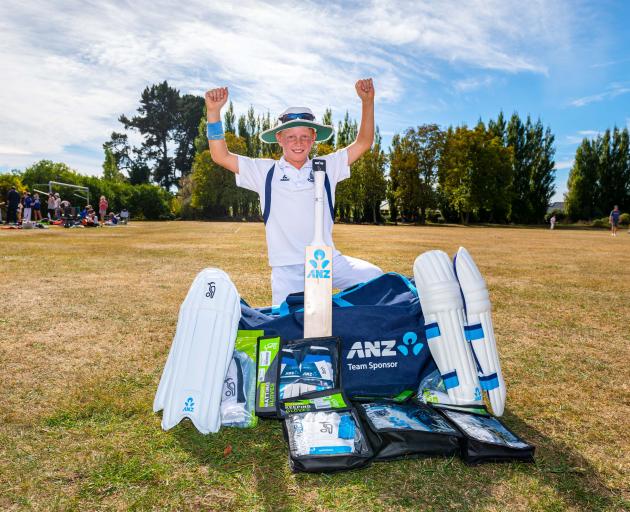 The duo received a boost as winter approaches when they each received a full set of gear though the programme, which has so far distributed $1 million to players, schools and clubs nationwide.

“I’ve caught a few catches behind the stumps this season but I wanted to practice catching fast bowls and I didn’t have any gloves. I really wanted some for my birthday so the new gear is perfect,” Cameron said.

The 11-year-old, who plays for Hillview Christian School and the Sydenham club, has represented Canterbury in the Canterbury Junior Cricket Association tournament, where he scored his maiden half century.

“We were stoked we won, we certainly weren’t expecting the two huge bags of gear to arrive,” he said, after their application was approved.

The brothers plan to spend hours at their local nets, when the weather allows.

“It’ll be great to keep my arm rolling over and practice batting,” Matthew said.

“Providing quality gear to young players is a step towards helping them achieve their sporting dreams and it’s wonderful to play a part in that,” she said.