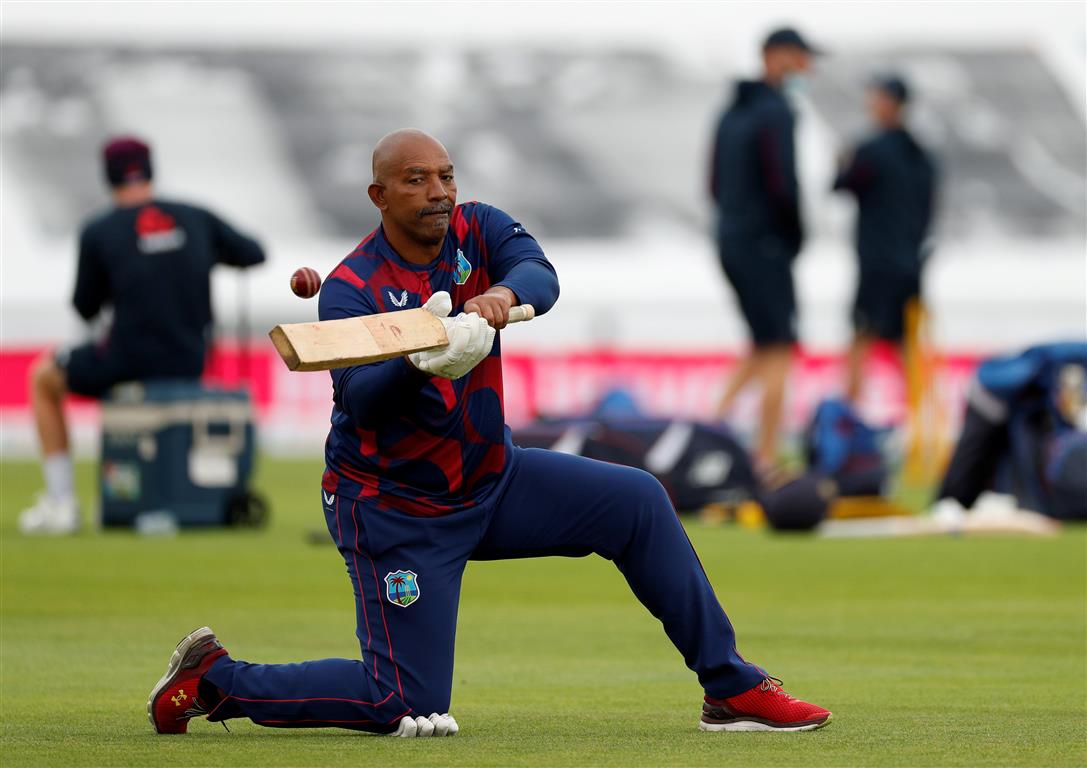 West Indies coach Phil Simmons. Photo: Reuters
West Indies cricket coach Phil Simmons has apologised to New Zealand health officials after several of his players breached Covid-19 safety protocols, saying the breach was "embarrassing" and his team would be scrambling to get up to speed after their training privileges were removed.

The West Indies team had been allowed to train in small groups while undergoing a mandatory 14-day isolation, but the Ministry of Health revoked that privilege on Wednesday after they discovered players had shared food and socialised together.

Simmons has apologised to  health officials after several of his players breached the protocols at their Christchurch hotel.

"I have to apologise to the New Zealand public and the government who have allowed us to come here," Simmons told Newshub.

"It's embarrassing from our point of view."

Simmons added the players would be subject to internal sanctions.

The team are scheduled to be released from isolation on Friday, pending the results from the third round of Covid-19 testing on Wednesday.

They had lost a total of four days training because of the breaches. They have two warm-up games in Queenstown from November 20 and Simmons said they might be a little slow to get their conditioning and match fitness back.

"We were just getting to the levels that we would normally start at, but coming from no cricket, we had to start slower," he said.

"Hopefully everybody tests negative and then we can move to Queenstown and ramp it up as quickly as possible because later in the week we have a training game."

West Indies face New Zealand in the first of three Twenty20 internationals in Auckland on November 27 before the two-test series starts on Dec. 3.