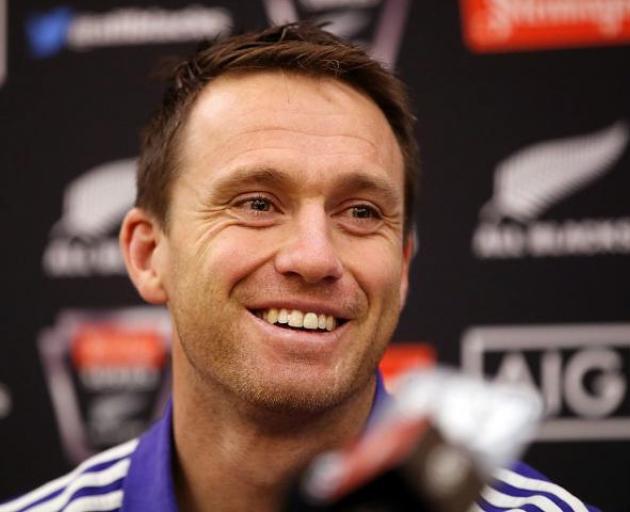 Ben Smith's long career has included 84 All Black tests, 153 games for the Highlanders, 44 games for Otago, 50 games for Green Island as well as stints in France and Japan. Photo: Getty Images
All Blacks great Ben Smith can feel the clock ticking.

Smith has confirmed he is weighing up retirement - but is not discounting the possibility of squeezing a few more games out of his body - as he completes his final contract with Japanese club Kobe.

The 84-test All Black will see out the Japan Rugby League One season with the Steelers then return to wife Katie and three children in Dunedin before making any decisions.

"In another couple of weeks, I will sort of weigh it up, and retirement could definitely be on the cards," Smith told the Otago Daily Times from Japan yesterday.

"I’ve had a pretty good run. So that could be it.

"This is a hard game to give up, and to say ‘that’s me, I’m done’ is something that is still a hard one to get across in my own head.

"At the same time, I’m looking forward to the challenge of whatever might come next, and getting a real job for a change."

Smith said he was open to opportunities when the boots were stashed away.

He did some landscaping work last year and fancies getting into something that keeps him active.

Smith, who turns 36 in June, feels physically fine after a long career that included 153 games for the Highlanders, 44 games for Otago, 50 games for Green Island and stints in France and Japan.

But he also knows it is time he spent more time as a dad than as a fullback or winger.

Annabelle, Walter and baby Vinnie will be able to enjoy the You Tube clips and the tributes that will flow when their father calls time on a great playing career.

"The family will definitely be the big factor in whatever I decide to do.

"I’m quite keen to coach a bit of their rugby and follow them round. I had a wee taste of that last year, and getting your weekends back and being able to do stuff with the family would be great.

"Physically, my body actually feels pretty good, because I haven’t played a lot of rugby lately."

One of the reasons Smith has only made a cameo appearance for Kobe this season?

Covid, of course. He has just recovered from a bout of the virus.

"I really wasn’t too bad, compared to some. I had the sore throat and the nose was running and things like that, but I didn’t have the fever.

"My family back in New Zealand all had it. All the kids and Katie and Katie’s mum all sort of got it at the same time, so that was a bit brutal compared to me just getting it in an apartment by myself."

Smith, along with fellow former Highlanders Richard Buckman, Hayden Parker and Tom Franklin, had a lot of time for the former Otago prop turned coach.

"Cumby was a top man, like family for us over here.

"Honestly, it’s still hard to believe. He’s going to be sorely missed, and we’re all thinking of Pam and his family."

The death of Cumberland has put the travails of the struggling Highlanders into perspective.

Smith still follows his old team closely and, while he does not like seeing the points table, he believes the Highlanders are better than their record suggests.

"I feel like they’ve been right in the hunt in so many of these games.

"They haven’t been able to get as many wins as they would like and I really feel for them, because they’re giving it a good crack.

"They’re still in the hunt for the playoffs and they’ve got good coaches, so I’m sure they’re going to come home strong this season."

Smith’s Kobe club is seventh in the top division of the rejigged Japanese league and is at home to the Canon Eagles this weekend.