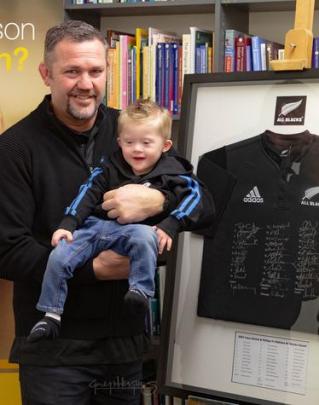 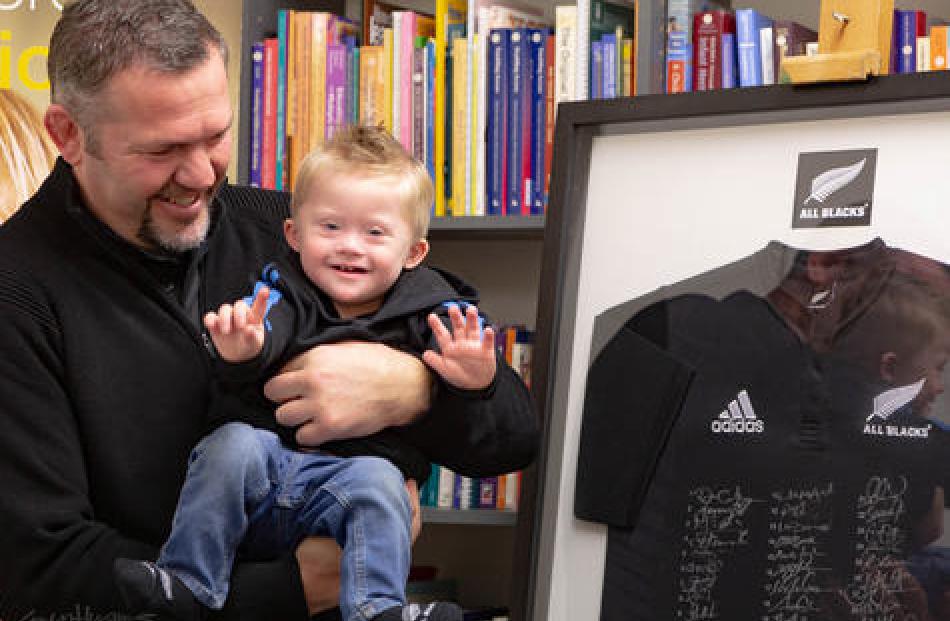 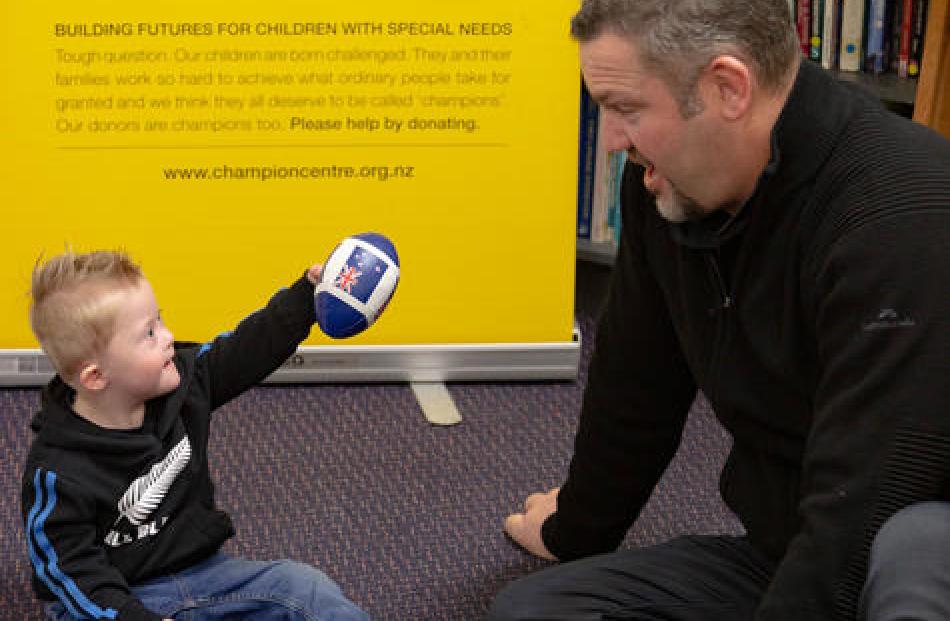 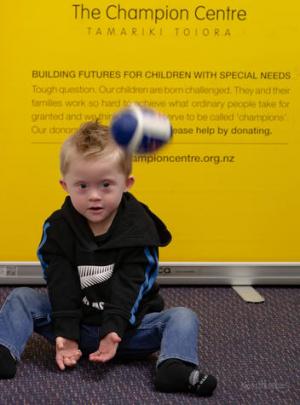 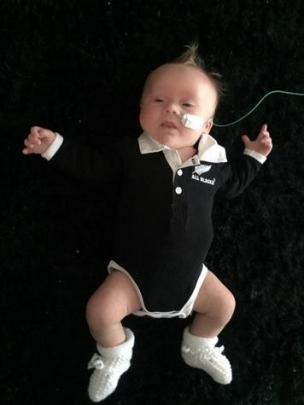 Jonty has always been an All Blacks fan. Photo: Supplied 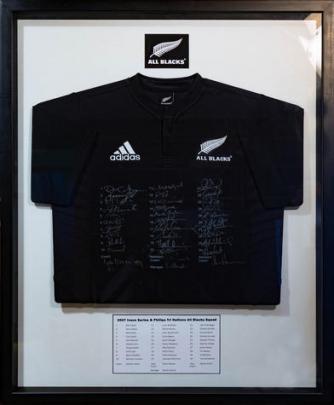 A signed, framed All Blacks jersey on Trade Me. Photo: Supplied

The jersey currently has a bid of $2000 on the Trade Me auction, which runs until Thursday.

The jersey was gifted to the centre. Jonty, one of the centre's own little champions, took the opportunity to be photographed with Thorne to help promote the auction.

Thorne was then given a tour of the centre, where he visited the morning programme music session, and learnt more about the Champion Centre’s special early intervention service, which will receive 100 per cent of the auction's proceeds.

The centre provides multi-disciplinary early intervention services to infants and young children with significant disabilities and their families in Canterbury. The programme is offered in a centre-based model of service, in partnership with parents.

Donate to the centre here or here.